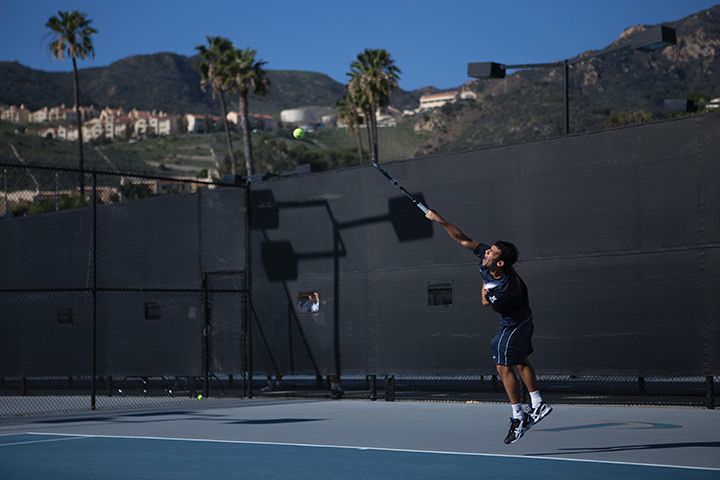 The Waves’ men’s tennis faced BYU in Malibu last Saturday and clinched their 11th win of the season with a convincing 4-1 win as part of the West Coast Conference (WCC).

Despite the strong performance, the Waves were off to a slow start. Playing for the doubles point, freshman Pedro Iamachkine and sophomore Tom Hill lost on the No. 2 court, and the subsequent defeat of freshmen Lautaro Pane and Luca Marquard on the No. 3 court was enough to give BYU the 1-0 lead.

From then on, the Waves put on a show for the crowd. Senior Rakshay Thakkar outclassed his BYU opponent on the No. 3 court with convincing partials of 6-2 and 6-2 to lock the game at 1-1. Iamachkine gave the Waves the 2-1 lead by defeating BYU’s Jacob Sullivan on the No. 4 court with devastating partials of 6-4 and 6-0. The international student from Peru has started in every single game for the Waves thus far in the season ­— an impressive feature given that he is only a freshman. Out of the 19 games in the season, Iamachkine won his singles duel in 12 of them.

At this point, the Waves were up 2-1, but it looked like BYU was bound to tie the match. Sophomore Stefan Menichella took a heavy blow on the No. 2 court, losing the first set 6-0 and giving the fans a glimpse of what BYU was capable of. Just a glimpse. Menichella bounced back and delivered a stunning 6-0 win to the second set, taking the dual to the third and final set. He outworked his BYU rival and won the third set 6-3, giving the Waves the 3-1 lead.

“This past weekend I was really proud of how all of us competed against BYU,” Menichella said. “We bounced back after losing the doubles point, sweeping four singles matches. We have had so many tough matches this season and it was good for our confidence to put on a dominant performance in singles.”

Sophomore Guilherme Hadlich, freshman Lautaro Pane and freshman Luca Marquard were still playing. With a 3-1 lead on the score sheet, all the Waves needed was a win from one of the three players to seal the win. And it came swift and easy. Marquard, on the No. 6 court, provided the game-clinching point by beating BYU’s Aidan Carrazedo with partials of 6-2 and 7-5.

With a 4-1 lead, it was impossible for BYU to come back and all games still being played were suspended. Hadlich’s match on court No. 1 and Pane’s game on court No. 5 were ceased from further action.

With the win, the Waves are now ranked 49th in the nation with a 11-8 overall record and a 3-2 record in the WCC. Sophomore Tom Hill said that the team’s long-term goal is to reach the NCAA Championship in May. In order to so, the Waves will need an overall with more victories than losses and from the way things are looking, the NCAA tournament becomes more of a reality at every game that goes by.

Freshmen Reflect on their First Year 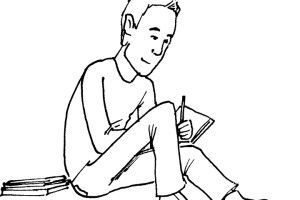 Freshmen Reflect on their First Year

Art by Peau Porotesano As I sat down to write this, I was momentarily confronted with the fear of being authentic and vulnerable....
Copyright 2018 Pepperdine Graphic
Back to top