Waves Fall to Frogs in Game 1 of NCAA Super Regional 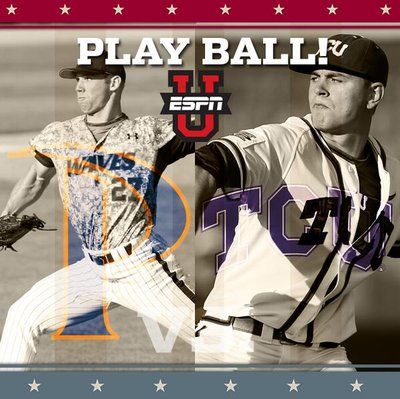 Pepperdine baseball has not advanced past the NCAA regional round since 1992 when head coach Steve Rodriguez played in the outfield. That year, the team had a run resulting in an improbable NCAA title.

The squad, now under the tutelage of Rodriguez, faced No. 7 Texas Christian University on Saturday in its first step en route to the College World Series.

The home team prevailed 3-2 in Game 1 of the NCAA Super Regional in Fort Worth, Texas.

Pepperdine struggled to make contact with the ball, notching five hits to TCU’s 11. Brandon Finnegan led the Frog’s from the mound with seven strikeouts in 6.1 innings. Pepperdine senior Corey Miller gave up 10 hits in 5.1 innings.

“I felt that if I just didn’t leave the ball up in the zone they wouldn’t have hit against me as much,” Miller said.

“I believe we are a much better team than them, things just fell their way today.”

The Horned Frogs hit the boards first with a 2-0 lead in the fourth inning.

At that point, “we were just keeping each other calm and relaxed,” junior Aaron Brown wrote.

“Encouraging remarks were being made throughout the game to keep the positive attitude.”

In the seventh, the Waves pulled within one after sophomore Chris Fornaci hit a two-run homer over the left field fence — his second of the season — but the effort wasn’t enough to earn the win. TCU’s closer Riley Ferrell entered for the last 1.2 innings to seal off the day.

In the stands, redshirt George Alamillo wrote that “the atmosphere is a whole lot different from Malibu,” particularly commenting on the size of the crowd (5,000-plus) and the weather. It was 99 degrees in Forth Worth on Saturday — 33 degrees warmer than Malibu.

Miller said that the heat played a factor, noting “we’ll have to push ourselves a lot harder.”

But he’s not worried: “I have no doubt we’re going to win tomorrow.”

The best-of-three series continues Sunday at 3 p.m. Pacific time. A win for TCU (46-15) would end Pepperdine’s (42-17) season. A swing in the other direction would force a Game 3, giving the Waves a chance to compete in the CWS.

Whitney Irick contributed to this report. 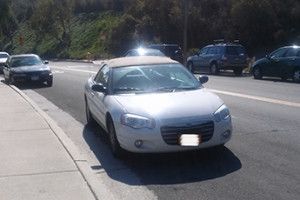 Photo by Breanna Grigsby Lovernich is home to many upperclassmen who apparently have gotten lazy over winter break. Just...
Copyright 2013 Jupiter Premium Magazine Theme
Back to top