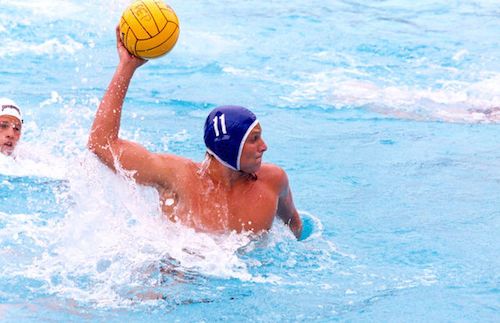 Pepperdine has a rich history of Olympic participation, contributing athletes and coaches to nearly every summer Olympic Games. After returning with no medals in 2012, Pepperdine alumni and staff contributed to multiple bronze medals in Rio this summer.

Pepperdine’s volleyball tradition was evident in Rio, with four alumni and current staff involved with the bronze medal-winning USA Women’s volleyball team. Kim Hill, class of 2012, and Kayla Banwarth, Men’s Volleyball Volunteer Assistant Coach, were both members of the team and both first-time Olympians. Pepperdine Men’s Volleyball coaches Marv Dunphy and David Hunt were on the coaching staff for the women’s team as well.

The Waves’ volleyball presence extended to the beach, with Marcio Sicoli, Pepperdine’s Beach Volleyball Assistant Coach, coaching USA duo Kerri Walsh Jennings and April Ross. Under Sicoli’s guidance, the pair won the bronze medal in Rio. Sicoli also coached Jennings during the 2012 Games, where she won gold alongside partner Misty May-Treanor. Walsh Jennings is now the most decorated beach volleyball Olympian of all time, having won three Olympic golds with May-Treanor and one bronze with Ross.

Two alumni represented Canada in the Olympics. Class of 2004 Men’s Volleyball alumnus Fred Winters helped the volleyball team with their solid run in Rio, ultimately ending with a loss to Russia in the quarterfinal. Winters was an AVCA (American Volleyball Coaches Association) All-American while at Pepperdine. Miranda Ayim, class of 2010, played on the Women’s Basketball team, which lost a close game to France in the quarterfinal, falling 68-63.

Sarah Attar, class of 2014, who made history in 2012 as Saudi Arabia allowed women on their Olympic team for the first time, returned for her second Olympic run in the Women’s marathon. Her presence on the Olympic stage continues to be influential in the fight for athletic equality for women in Saudi Arabia. She finished in 132nd place with a time of 3:16.11 — just a few seconds short of her personal best.

Roxanne Barker, class of 2012, played soccer for South Africa. Barker concluded her career with Pepperdine as a four-time All-WCC selection. She is also a two-time Olympian, having made her Olympic debut in London where she earned a start in one game. However, the South African team did not make it out of the group stage in Rio.

The U.S. Water Polo team was scattered with Pepperdine alumni, both on the coaching staff and on the team. Merrill Moses, class of ‘99, and current Pepperdine assistant coach, and Jesse Smith, class of ‘05, were on the USA roster in Rio. Moses concluded his USA Water Polo career, finishing as a three-time Olympian and one-time Olympic medalist. Jesse Smith is a four-time Olympian after USA’s run in Rio, having competed in Athens, Beijing and London as well.

Alumni Jack Kocur, class of ’97, and Alex Rodriguez, class of ’98, served on the USA coaching staff as assistant coaches. The men’s water polo team did not make it out of pool play after losing three games and winning two.

The West Coast Conference had 32 Olympians in Rio, with Pepperdine leading the conference with 13. Only counting the medals of athletes, since coaches do not receive medals, the Waves will add one bronze from Rio to their Olympic medal count. This USA Women’s Volleyball medal brings Pepperdine’s count to seven gold medals, eight silver medals, and four bronze medals between 1964 and 2016, furthering Pepperdine’s Olympic excellence. 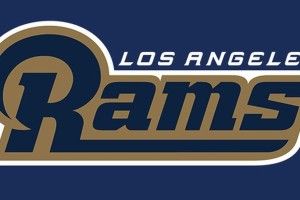 Photo courtesy of the Los Angeles Rams The prodigal sons have returned. After a 20-year absence, the NFL’s Los Angeles...
Copyright 2013 Jupiter Premium Magazine Theme
Back to top