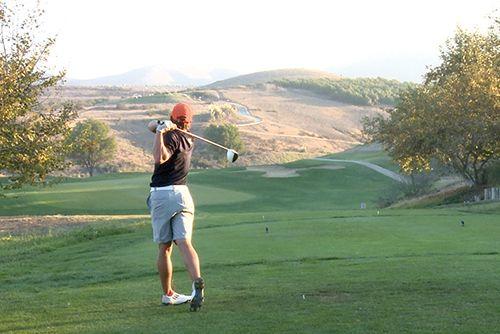 Football – a game for gentlemen played by hooligans. While everyone is caught up in the current football fanaticism over the upcoming Super Bowl, let’s not forget that the original title-holders of the “gentleman’s game” is the sport of golf. Just as Chi-Chi Rodriguez, perhaps Puerto Rico’s most famous golfer, once said: “golf is the most fun you can have without taking your clothes off.”

Originally a game reserved for those from the upper echelons of society, golf has since transcended the boundaries of wealth and status and has become a game much loved by the masses. Whether as a participant or as a spectator, joining in on the events of a PGA Tournament promises to be a special treat, and if the proceeds could benefit the Pepperdine golf program, all the better!

The Northern Trust Open, set to be played at the Riviera Country Club in Pacific Palisades, is one of the most respected tournaments on the PGA TOUR. It’s an annual event that has garnered the attention of some of the biggest names in golf, and is known as a highly prestigious event in the golfing world. This month, the Northern Trust will host “Pepperdine Day” during the first round of its PGA TOUR event, which will allow Pepperdine’s golf fans to enjoy the event and give back to the Pepperdine community. By using the special offer code “pepperdine” on the Northern Trust website, $30 of a $65 one-day ticket will be donated to Pepperdine’s golf programs.

But the fans aren’t the only ones giving to Pepperdine on that day. Waves alumnus and professional golfer Michael Putnam has further pledged 10 percent of his winnings over that week to Pepperdine’s men’s golf program. Putnam graduated from Pepperdine in 2005 and is now a professional golfer on the PGA and Web.com tours. His FedEx Cup ranking stands at 71 with 144 points in seven events to date. He is also the No. 1 ranked player on the Web.com Tour and was voted Player of the Year in 2013 after winning it for the second time.

The upcoming event is the result of the collaboration between Pepperdine men’s golf Head Coach Michael Beard and Tournament Director O.D. Vincent, a childhood friend of Beard’s. The two got to work on organizing “Pepperdine Day” during a breakfast meeting in October. Beard stated that this collaboration is one that will continue annually for golf fans who want to support Pepperdine. On Thursday, Feb. 13, Beard, together with the men’s golf team, the Pom Squad and Pepperdine’s mascot Willy the Wave will turn up in full force to support the event. The first 100 people in attendance will also receive a special “Pepperdine Day” Northern Trust Open hat.

The biggest name leading the pack of professional players on the tour and a favorite to take home the championship would be Phil Mickelson, who was present and performed exceptionally in the Northern Trust Open for the past seven years. Just this week, however, Mickelson issued a press release stating he would not be teeing off at the Riviera Country Club, leaving the door open to the likes of Jason Dufner, Dustin Johnson and Keegan Bradley – all big, internationally renowned names in golf who join dark horses like Putnam and others still seeking to make their mark in the game.

“It would be the opportunity of a lifetime,” DeHuff said.

As exciting as professional golf is, the Northern Trust Open is not the only Pepperdine affiliated match out there. Five members of Pepperdine men’s golf team will travel to Florida this weekend to play in the Sea Best Invitational, their first tournament of the spring season.

This semester, the team is changing things up in their qualifying system in regards to selecting who will represent Pepperdine. Now, every swing and every putt in practice will count in helping a player qualify for a place in the tournament to play for Pepperdine. In this new point system, 25 percent of points come from performance in drills on the practice greens, another 25 percent from the tallied score of spontaneous play on the course, known as counter rounds during practice, and the final 50 percent from the qualifying round played the week before the tournament to decide Pepperdine’s representatives. The team hopes that this new method will introduce more competition and purpose in practice, which will help the team achieve their goal of reaching nationals this year.

“We still have work to do. I feel confident in the steps that we do in practice, if we do it the right way, I’m confident that we have a good shot at getting to nationals, but it’s early in the spring still and we have a lot of golf to play before regionals,” Beard said. 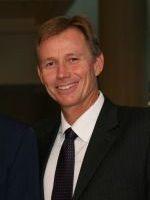