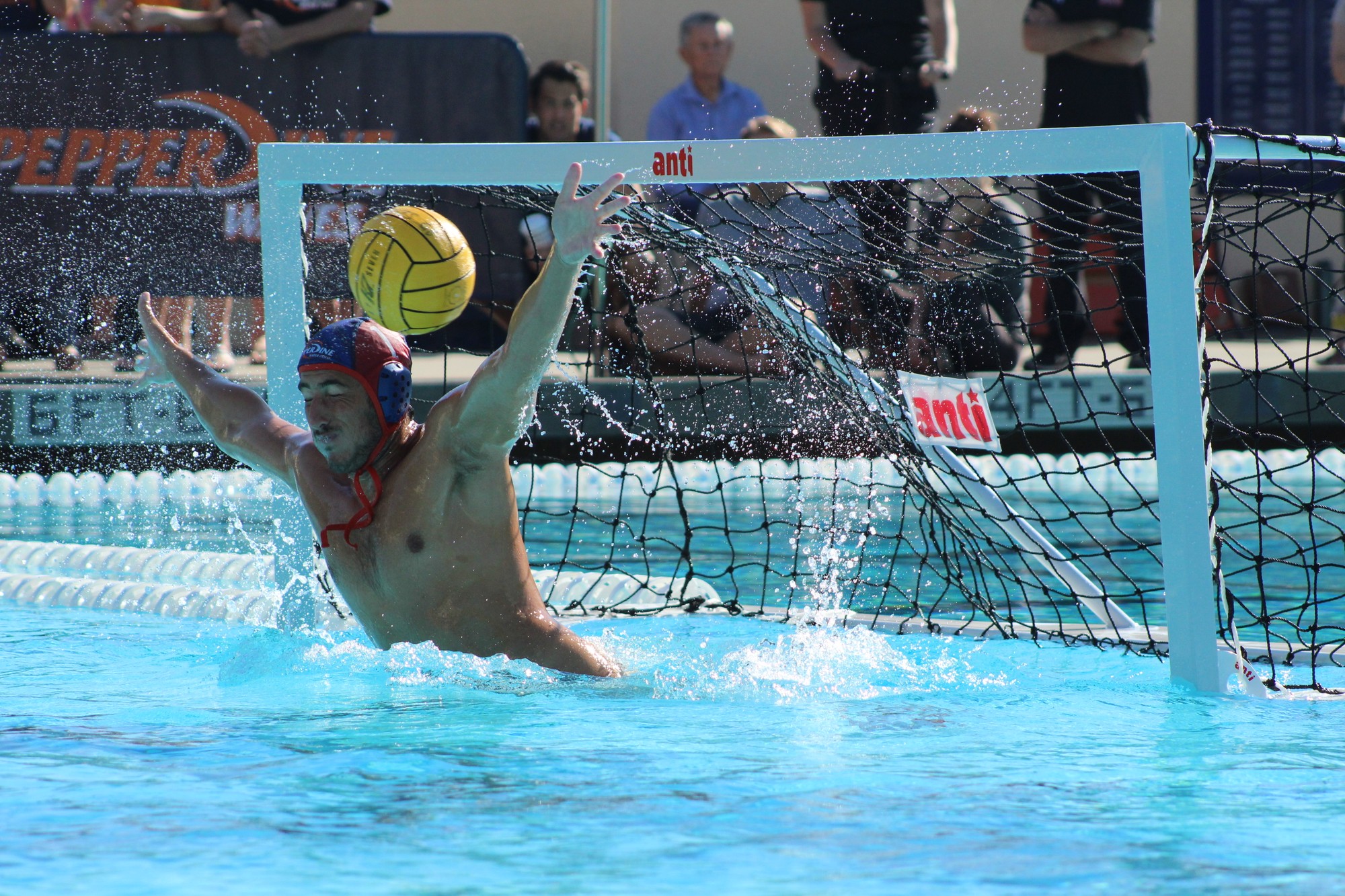 It was an intense game for water polo this weekend as Pepperdine beat the No. 5 seed UC Santa Barbara 17-10. The game was highlighted by redshirt senior Marko Asic’s record-tying goal in the second quarter.

The team celebrated senior day but also commemorated Vic Moguel, who was in charge of running the clock for the team and died recently. The team honored him by placing flowers on the timing table and having a moment of silence.

“That game for us was just trying to honor [Moguel] and to have him in our hearts and to play for him and play for his family,” senior Chris Dilworth said.

The Waves defeated the Gauchos by seven points, but Santa Barbra did not let the game go easily. The Waves were down throughout the first quarter and half of the second quarter.

Senior Mate Toth scored a goal toward the end of the second quarter, which put the Waves up 6-5.

“I felt confident that after that, we can pull away, and we did,” Toth said.

Marko followed Toth’s goal to keep the Waves ahead. Marko’s score was his 238th goal, tying him with his father Petar Asic, Class of 1987, for the most goals scored all time at Pepperdine. Petar watched the goal and said he was extremely proud of his son.

“It was a great experience,” Petar said. “I mean, who do you want more than your own son to beat your record?”

Marko was unable to break the record — rather than tie it — because during the third quarter, he was ejected from the game due to a brutality charge.

Marko and sophomore Michael Dakis were ejected after a fight broke out with UCSB. Pepperdine was awarded four penalty shots, and UCSB was awarded two.

“You know, I’m going to be at every single practice practicing just how I would for a game,” Marko said. “I’ll still be on the bench getting rowdy and trying to cheer my team on as much as possible.”

Marko and Dakis missed both games in the Gold Coast Conference tournament because of their suspensions. They were not allowed to be on the pool deck for any games. Marko and Dakis will return to playing in the NCAA tournament. 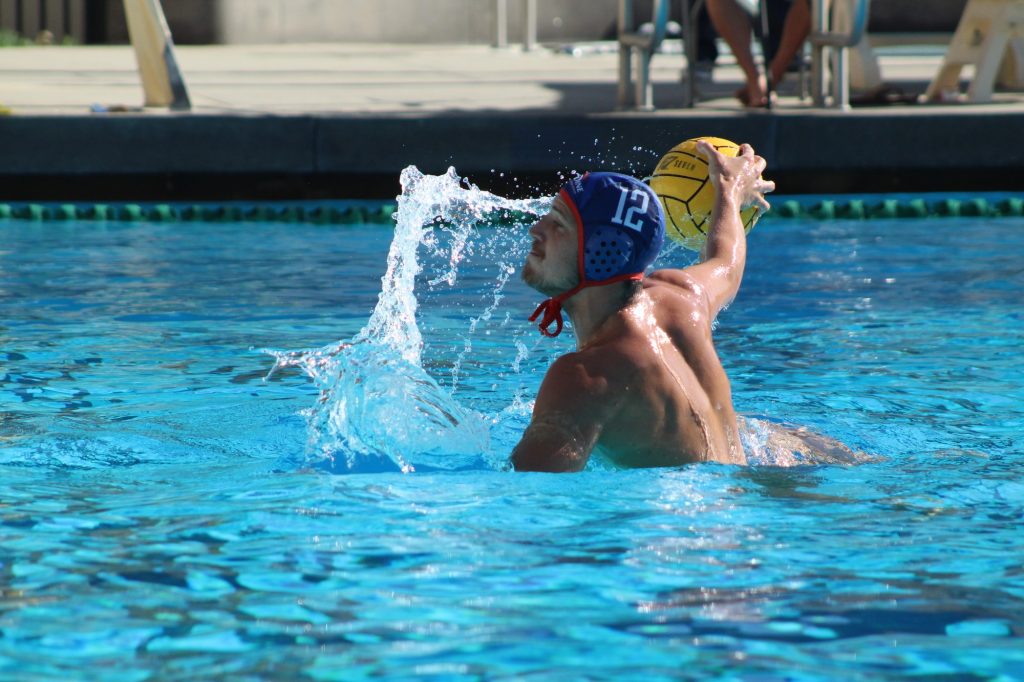 The Waves made all their penalty shots, putting the score at 16-9 heading into the last quarter. Each team scored one more time in the fourth quarter, and the final score was 17-10 with the Waves on top.

“The bottom line is this game is over, it’s done with and we’ve got to forget about it,” Head Coach Terry Schroeder said. “It’s like a brand new season next week. We start over and everybody is zero, zero. And we’ve got to win two games to win a championship.” 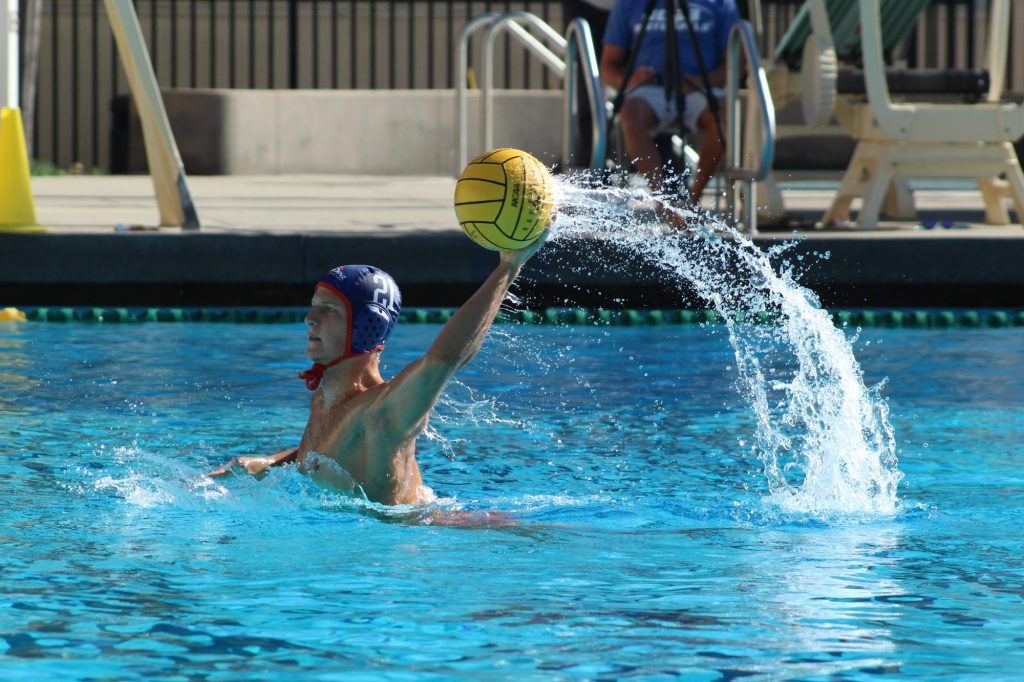 Pepperdine won the GCC, earning a bid to the NCAA tournament. The team defeated UCSB again in the semifinals and beat Long Beach State to win the championship game.

The Waves will take on UC Davis in their next game during the NCAA Tournament. This is their first appearance in the NCAA tournament since 1997.