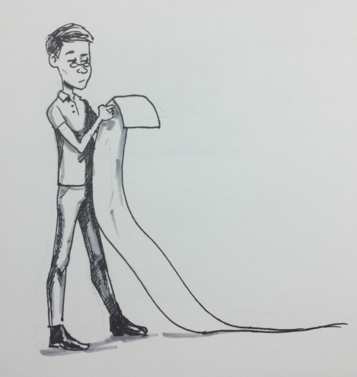 The presidential election has escalated to a point of insanity. Statements and revelations that would have, in the past, sent a campaign to a grinding halt now seem par for the course. “Saturday Night Live” has essentially quit writing their own dialogue and just reenacts the debates.

With a new scandal coming out what seems like every day, the media has a tall order to keep up with it all. However, in this, it seems that we as a nation have forgotten the president does not hold all, or even most, of the power in this country. Both houses of Congress are facing a crucial election year.

Congress has significantly more power than the president. Just over a month ago, Congress overrode President Barack Obama’s veto of the 9/11 Victims Bill. Perhaps most importantly in this international climate, they have the ability to either declare war or stop the U.S. from entering. Voting for Congresspeople who represent your values, particularly if you don’t like either of the presidential nominees, will give you a voice in your government.

The Republican party has held the majority in the House of Representatives since 2010 and gained control of the Senate in 2014. The House races, which were previously thought to hold little risk for Republicans, could lean further toward a Democratic majority. Of the 34 seats up for grabs in the Senate, the Democrats need to gain only four, if Clinton wins, and five if she loses in order to gain the majority.

The House of Representatives, though dominated by a large Republican majority, is under threat because of Trump’s scandals, according to Heather Caygle in “Democrats Dream the Unthinkable: Speaker Pelosi” published Oct. 17, 2016 on Politico. Democrats would have to keep the 186 seats they already have and win 32 more to gain the majority. This kind of takeover is unlikely, but it is not unheard of. In their takeover of the house in 2010, Republicans took 63 previously Democratic seats. Though control of the House would be difficult for the Democrats to gain, the senate is looking much more promising.

Seeing as Donald Trump’s chances of winning are fleeing nearly as fast as his supporters, Hillary Clinton is likely to become madam president. If that happens, Democrats need only to gain four seats in order to gain control of the Senate. Of the 34 seats up for grabs this year, five of those previously held by Republicans could easily go to either party, according to Kylie Kim and Edmund Sanders in “Democrats Must Win Four Seats and the Presidency to Regain Senate Control” published Oct. 20, 2016, by the LA Times.

If you’re a Democrat, elated by the prospects of gaining the congressional majority, find a candidate in your state to support and vote for them. If you’re a Republican hoping to maintain control, find the candidate that represents you and vote for them. Finally, if you’re an independent and don’t know who in the world to vote for, do your research. Look at the various candidates in your state and find someone who shares your policy views and values. 270towin.com provides an excellent overview of the Senate, House, and gubernatorial races in each state. Find out what seats you can vote for and then, absolutely most importantly, go out and vote.

It’s fairly unlikely that the media will end their focus on the presidential election. It is eye-catching and a little scary, but it is not the most important thing happening in this country. It is our duty as citizens of this Republic to pay attention to the political climate of the nation and vote for candidates who share our vision for the ideal America. 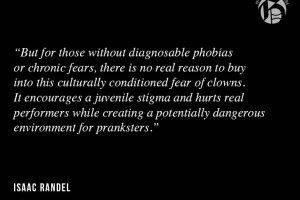 Graphic by Nate BartonA few weeks into the semester I overheard a conversation among my dormmates about the recent wave of "creepy...
Copyright 2018 Pepperdine Graphic
Back to top