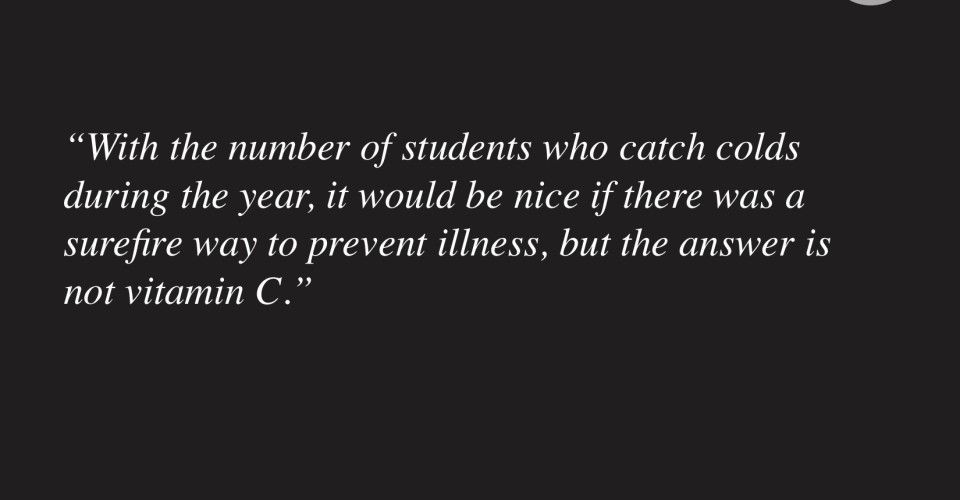 Ever heard someone say that drinking orange juice or taking a vitamin C supplement helps combat a cold? Nearly everyone has, but studies show that that vitamin C has little effect on colds. With the number of students who catch colds during the year, it would be nice if there was a surefire way to prevent illness, but the answer is not vitamin C.

According to the Linus Pauling Institue Micronutrient Infromation Center, the claim that vitamin C could be a possible treatment for respiratory infections began gaining popularity in 1970 when, after several tests, Linus Pauling concluded that the vitamin might relieve and prevent colds. Since then, many studies have been conducted on the matter and the results are not inspiring.

A group of studies conducted by Harri Hemila and Elizabeth Chalker in 2013 for the Cochrane Acute Respiratory Infections Group tested the effect of vitamin C in preventing and treating colds. Their results showed that vitamin C, when taken daily before the onset of a cold, helped shorten a cold’s length by 8 percent — most significantly in people who were exposed to high levels of physical activity, including marathon runners and skiers. As for alleviating a cold that has already begun, the studies suggested no consistent evidence that taking vitamin C has any effect.

It is true that if a person is deficient in vitamin C, they will have a weakened immune system, as stated by Harvard Health Publications. However, according to the Centers for Disease Control and Prevention (CDC) what we call the common cold is a broad term for many different viruses and there is nothing that links vitamin C to a particular virus. The CDC also states that being deficient in many different micronutrients can affect the immune system. For example, deficiencies of other micronutrients such as zinc, selenium, iron, copper, folic acid, and vitamins A, B6 and E affect the immune system and a deficiency can weaken it.

Vitamin C rich foods are more common than popularly believed. According to Harvard Health Publications, it can be found in most fruits, potatoes, broccoli, bell peppers, spinach, tomatoes and Brussels sprouts. Eating a balanced diet is the key. According to the National Institutes of Health, the daily recommended dose of vitamin C is 60 to 90 milligrams per day. Taking huge amounts of any vitamin is not helpful because the body cannot store excess vitamins. Any more than 500 milligrams of vitamin C a day is unhelpful because the excess is not absorbed. Vitamin C tablets usually contain around 1000 milligrams, meaning that even one tablet is too much. Taking excess vitamin C isn’t harmful, but it won’t do any good either.

The best ways to prevent a cold are frequent hand washing, a healthy diet and plenty of sleep. Simply by living a healthy lifestyle, a person can drastically improve their chances of avoiding a cold, far more than someone who takes daily vitamin C supplements. 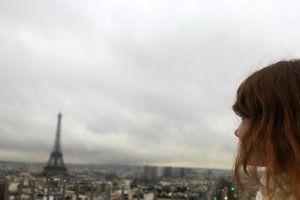