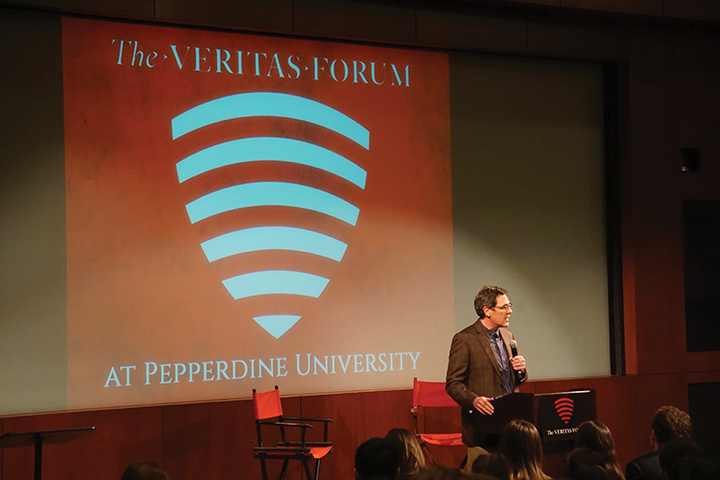 Guest keynote speaker Miroslav Volf spoke on how religion can heal rather than divide at the Veritas Forum on Wednesday in Elkins Auditorium.

Vice President of Internal Affairs of the Veritas Club Mallorie Urban said Veritas is a national forum where people seek truth and have difficult, controversial conversations about faith and the human existence.

Miroslav Volf, director of Yale Center for Faith and Culture, shared the deep resources of his own Christian faith as a vision for how Christians can live in our pluralistic world and interact faithfully and peacefully with their global neighbors.

President of Veritas Club, senior Callaghan McDonough said his main role as Veritas president and the main role of the Veritas club was to choose a topic in conjunction with the Office of the Chaplain and gather student interest.

McDonough said they promoted the event through all forms of media, gathering volunteers, designing posters and painting the rock. McDonough said their goal to fill Elkins without offering convocation credit was a success. 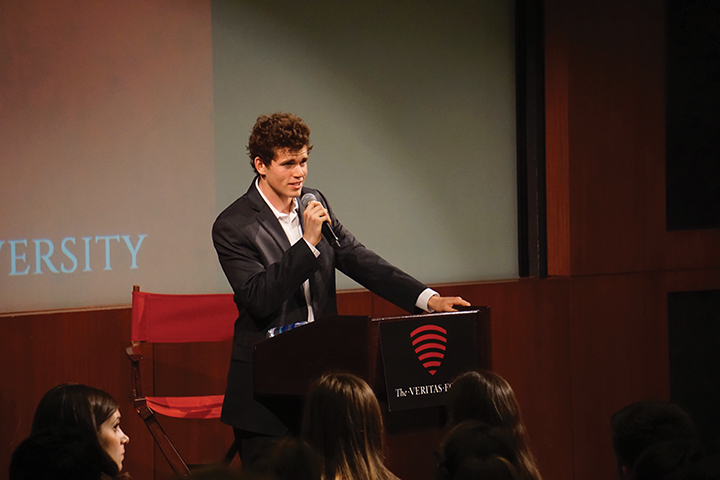 “We have so much division on our campus and just in society in general as a result of hatred and the absence of love, which people use the banner of faith as justification for their hurtful actions,” McDonough said. “My hope is that those who have been hurt by religion can recognize that that’s not what religion was intended to be.”

“Anyone who steps into purpose, service and leadership, I think there’s a lot to learn in humility as we approach truth and the diligence of pursuing truth, not only as leaders, but as servants and kingdom builders in that regard,” Peterson said.

McDonough said the topic of interfaith dialogue and interfaith understanding reveals the mission of Veritas to create a space for open dialogue between people of all beliefs.

“The goal of Veritas is to foster dialogue, to foster, ultimately, a community of people who are focused on love and focused on seeking truth together,” McDonough said.

Urban said she hopes students take the message presented and spread it to other people as a conversation starter in everyday life.

“I think it’s so important to have these conversations and having a club on campus where we meet weekly,” Urban said. “It’s a great way to lead up to this big forum where we can address these questions with other people who are just as interested and just as concerned with these kinds of issues.”

Volf said joy is about circumstance, rejoicing in God despite suffering. Urban said she loved the main thesis Volf presented of separating meaning from pleasure in order to find joy. 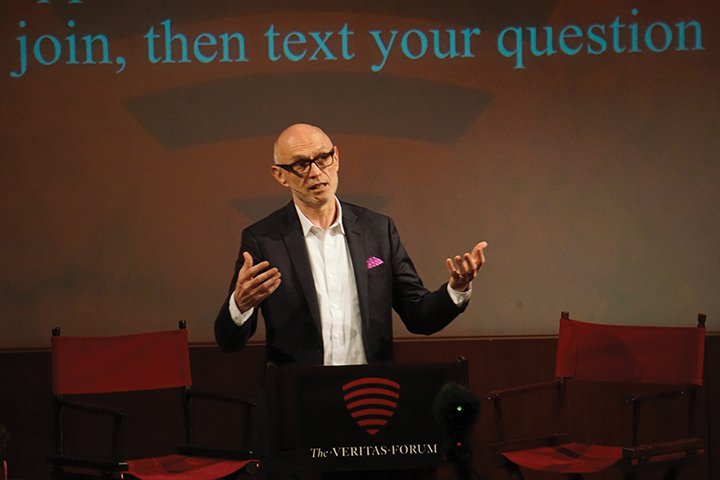 “I think people are scared of pleasure,” Urban said. “I like how he invited us not to be afraid of it but to embrace it in a way that is grounded in meaning.”

During the Q&A period, an audience member asked, “I am not a Christian, how can I have a peaceful, civil dialogue with Christians who only tell me I’m going to hell?”

“Remind them that their responsibility is not to hit you with Christian faith over the head, but to bear witness to the truth as they see it,” Volf said. ” Therefore, also to be open for you to speak to them equal bear your witness.”

McDonough said Volf’s emphasis on presenting Christianity as people who bear witness to what they’ve experienced more than a means of persuasion has been the emphasis of Veritas throughout this year.

“The way I see it is we’re human beings crying out into the universe, hoping for more than an echo in reply,” McDonough said. “Our best hope of finding out what’s true, find out what comes after this life, finding out how we should live, is to seek truth together and we cannot do it in isolation.”

One Case of Norovirus Confirmed on Campus 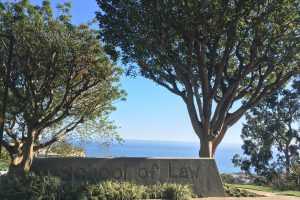