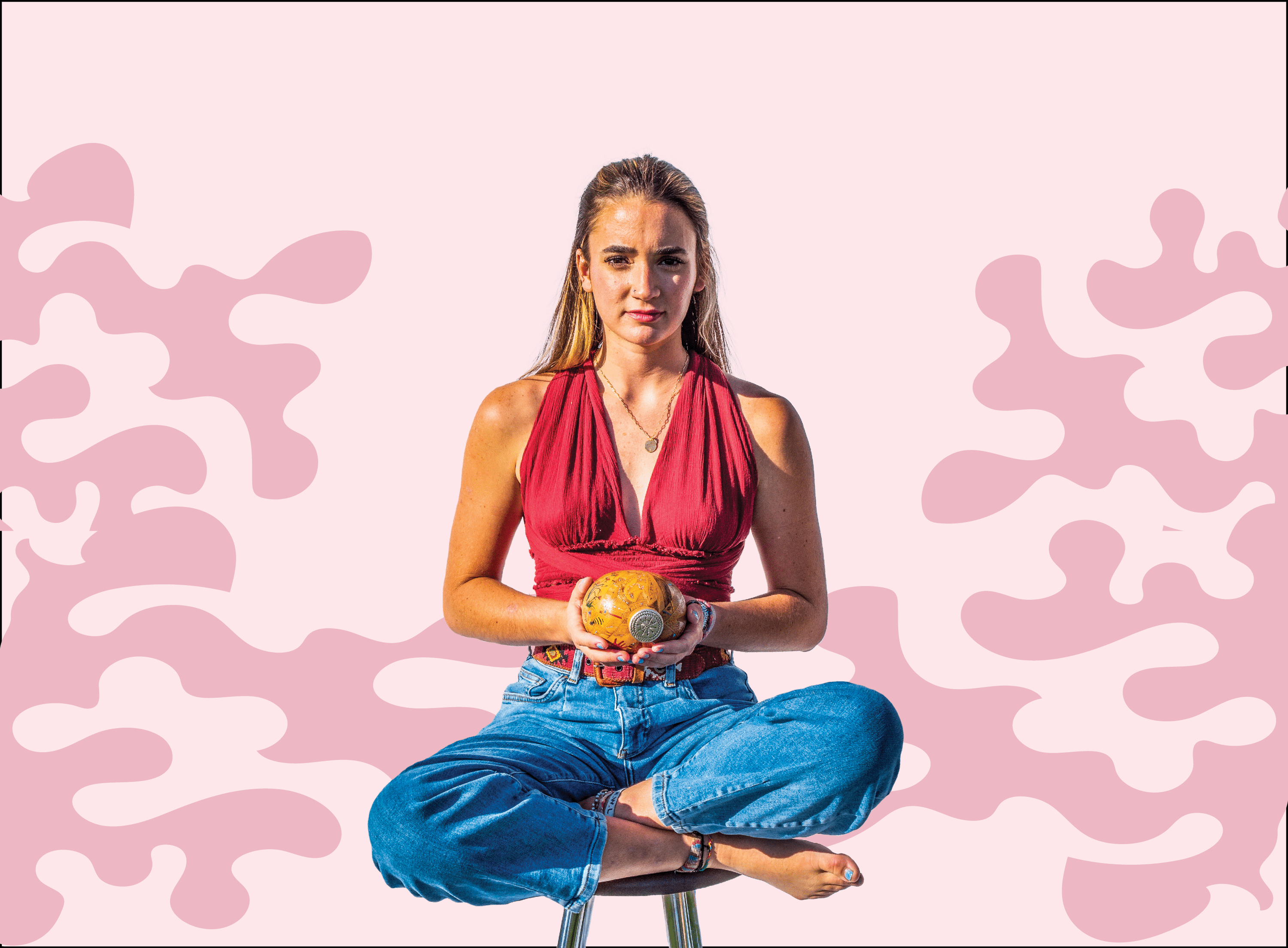 For junior English and Hispanic Studies double major Sammie Wuensche, her biggest passion was not learned by experience; it was and is part of her family heritage.

Wuensche is Indigenous on her mother’s side and has spent the majority of her life inspired by her ancestry with the desire to make Indigenous voices heard. Her Indigenous lineage is Cherokee and Choctaw.

“Now more than ever, it is so vital that we amplify voices that have been systematically oppressed for the entirety of our country’s history,” Wuensche said. “And that’s what I have the ability to do as a white and Indigenous woman.”

Wuensche said one of her main missions in life is to teach people about Indigenous peoples, and she tries to do her part through educating her peers every day. This passion for education has taken a bigger role in her life this year through her History of American Peoples course, and she said she has begun to recognize the need for Indigenous education even more.

Professor of History Nicole Gilhuis started Wuensche’s class with acknowledging that the land that Gilhuis was teaching on wasn’t Pepperdine’s, but instead belonged to Indigenous people.

“That was very powerful,” Wuensche said.

Before this class, Wuensche said she didn’t feel comfortable sharing her beliefs because she didn’t feel safe doing so, but her professor opened the door for her to feel inspired to share her opinions.

Outside of the classroom, Wuensche said she likes to bring awareness to Indigenous people by telling others about her family traditions and keepsakes — such as a gourd, as seen in the photo, and a dream catcher that her grandmother made her.

“I like to do a lot of education just through inviting people to learn about why I love being Indigenous,” Wuensche said.

At Pepperdine, Wuensche said she would like the University to be more intentional about acknowledging what land it is on, celebrating Indigenous People’s Month in November more and making Indigenous students feel more included.

Pepperdine’s campus is on Chumash, Tongva and Kizh land, alongside the rest of LA County, according to Native Land’s Territory Acknowledgment tool.

“Pepperdine talks about how we don’t have a bunch of Native American students on campus,” Wuensche said. “Well, there’s a reason, and it’s because they don’t feel welcomed here.”

“I got to meet with them, and they’re wonderful women,” Wuensche said. “I think the University is hopefully going in the right direction.”