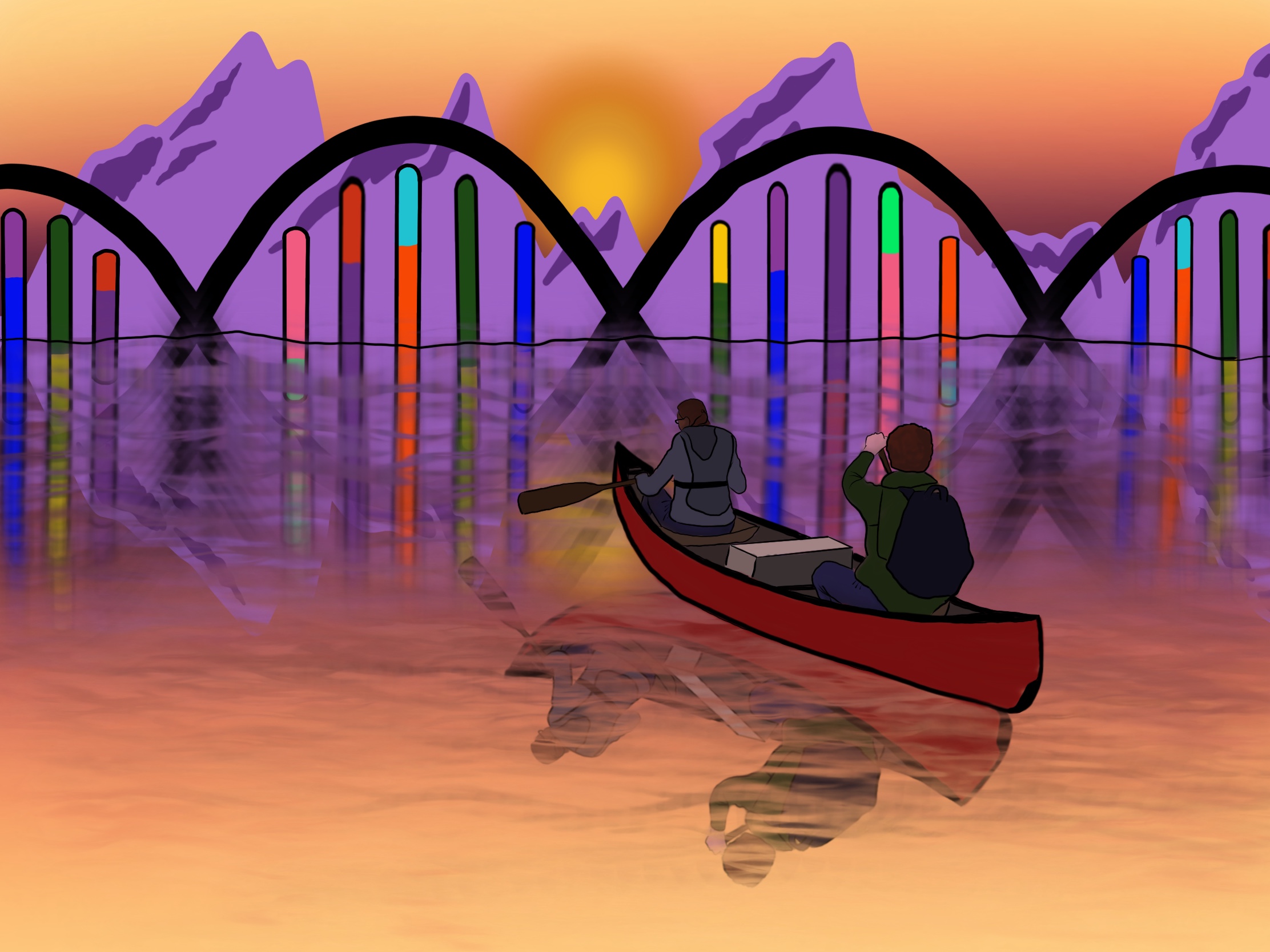 It’s not just an “itch” to travel.

It’s a raging fire, building up with every minute spent stagnant — stagnant as the soul desperately tries to push out of the prison of bones and flesh and cross the water to a different land. Seeing travel photos tagged under #wanderlust and hearing about other student’s abroad experiences builds these already-hot flames to a wildfire.

This fire spreads and manifests into a thermonuclear explosion, causing one to seek an escape from reality, because “reality” is too vanilla, but travel is a spice market in the heart of Dubai, Istanbul or Delhi — a myriad of flavors and scents with people spilling their love as spices spill from their baskets.

If an urge to explore seems characteristic of one’s identity, the root cause may lie within a person’s genome. A student possessing the DRD4-7R may realize they want to take part in one of Pepperdine’s many international programs or broaden their perspectives in terms of experiences or the people they surround themselves with.

Those few 20 percent of people who have the gene may experience this restlessness and put less emphasis on settling down or staying in one place. Instead of trying to suppress it, they should strive to embrace it.

A person of this character might realize they have been living mundane and predictable lives. Finding the roots of one’s restlessness can ultimately lead to a life of greater fulfillment. In turn, the 7R gene carrier may inspire others by educating them of the gene’s existence, and allow others to live to their full potential — consisting of more exploration and innovation that will better society for all.

The gene is associated with dopamine levels in the brain and causes those with the 7R gene to have increased levels of curiosity and restlessness, according to a 2013 analysis done by David Dobbs for National Geographic.

The gene’s roots go back tens of thousands of years, which explain its modern manifestation in humans. Virtually all of advancement of human civilization took place over the last 37,000 years, according to new evidence found in a 2010 study by the Max Planck Institute for Evolutionary Anthropology.

It was the Neanderthals, a human race different from modern humans in terms of their genetic makeup, that sparked the beginning of major human progress, according to this study. Modern humans, characterized as traditional and stable with a low capacity for risk and change, were trapped mostly in Africa while the Neanderthals, characterized as wild and relentlessly creative, occupied Europe and Asia.

This explains why today, humans continue to explore untouched areas — geographic and academic — and pursue innovation. It’s why some individuals go so far as to navigate to the farthest poles, reach the highest peaks, advance technology and even fly off to explore other planets. On an individual level, it’s why some people possess inner drives to develop, explore and be the change-makers that shape society.

This lack of stability in the lives of 7R gene carriers ties the gene to migration, and in turn, travel. The gene was found more common in present-day migratory cultures which pioneer migratory waves, according to a 1999 study led by Chuansheng Chen of the University of California, Irvine.

Ancestors from Africa who migrated longer distances had more individuals carrying the gene as well. An example is the spread of Polynesians across the Pacific — one of the most remarkable movements that took modern humans out of Africa, across East Asia and around the globe. Polynesian migration was one of the first and one of the fastest movements in history, with genes playing a huge role.

While seemingly a positive gene to possess, there are some negative implications. Though 7R gene carriers are more genetically predisposed to pursue adventure, embrace change and explore new places, ideas, foods and relationships, they are also more likely to take risks and engage in drugs or sexual opportunities, according to Dobbs.

Therefore, the carrier of such a unique gene assumes unique responsibility in ensuring they do not cross over into dangerous territory and instead use the gene as foundation for positive change, both in terms of personal growth and for bettering their surroundings.

Luckily, the mission of Pepperdine’s International programs is to help students emerge as global citizens with new cultural perspectives and diverse relationships. Utilizing these opportunities, and making decisions such as choosing more extreme locations in terms of culture such as Shanghai versus a European program, can be the first step to finding out how far one is willing to go in terms of personal growth.

Embracing the 7R travel gene can also help students find like-minded people to surround themselves with. This can especially be helpful abroad, when, in preparation for travel breaks, groups can often be split into those wanting to travel out-of-country versus staying within it.

A traveler carrying the 7R gene may possess an insatiable desire for learning about other cultures, feel the most comfortable in discomfort and utilize every spare minute looking up flight deals. Possessing the gene allows them to differentiate themselves from others while simultaneously finding those with similar motivations that share the gene. After all, it is this unique trait that provides possibilities for unique contributions to the world.

If a student already feels compelled to travel, tied to an uncontrollable urge that flows through the body as a plane flows so gracefully through the sky on the way to its destination, they shouldn’t sweat it — it’s in their genes.