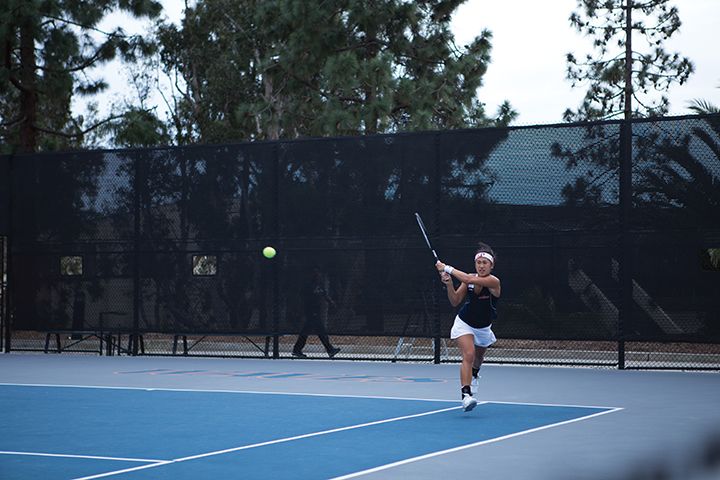 USC has clearly left a knot in the stomach of the majority of the women’s tennis team. A week after falling 4-0 to USC in the ITA Kick-Off Weekend, the Waves took on the Trojans once again, but this time here in Malibu on Friday. The Waves, however, were frustrated by a 4-3 defeat and fell short of a victory.

The Southern California derby started with USC taking the upper hand. The Trojans beat the Waves in all three doubles courts and clinched the first point of the game.

However, contrary to what was seen in the ITA Kick-Off Weekend, the Waves brought a lot more of a challenge. After junior Matea Cutura lost in the No. 6 position and gave the Trojans a 2-0 lead, the Waves bounced back spectacularly with sophomore Christine Maddox, junior Michaela Capannolo and senior Apichaya Runglerdkriangkrai winning on the No. 5, No. 4 and No. 3 courts, respectively.

The highlight goes to Maddox. She was blanked out by USC’s No. 98-ranked Gabriella De Simone in the Waves’ 4-0 defeat during the ITA Kick-Off, but soon enough took her revenge in Malibu. Maddox overpowered De Simone with partials of 6-0 and 6-2. Capannolo, also to be commended for a solid performance, outclassed No. 45-ranked Madison Westby with convincing partials of 6-3 and 6-3. 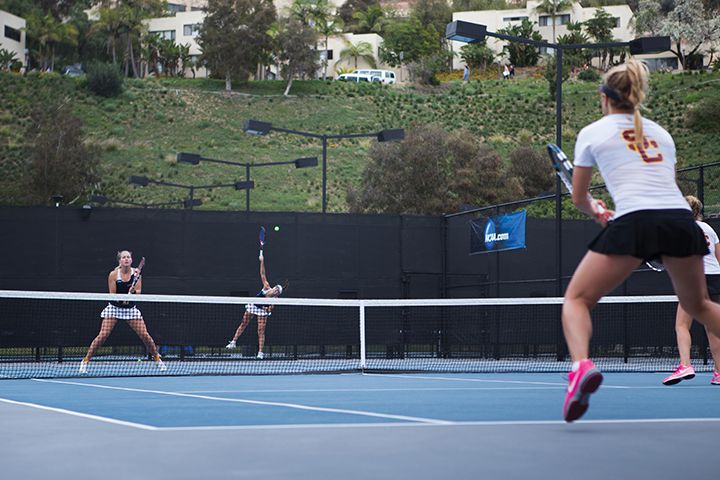 Capannolo spoke of the team’s performance after the game.

“Last week the team worked really hard on improving from our previous loss to USC the week before,” Capannolo said. “Everyone fought really hard and although we were unable to cross the line in the end, we learned a lot, and now know we are able to compete with the top teams in the nation.”

At this point, the Waves were up 3-2 with senior Lorraine Guillermo and freshman Laura Gulbe still battling on the No. 1 and No. 2 courts. One set after another, Gulbe and Guillermo fought closely with their Trojan rivals.

Guillermo lost the first set 6-1 but forced the third set when she won the second by 6-2. At least on paper, No. 17-ranked Guillermo should’ve outworked her opponent — No. 41-ranked Giuliana Olmos. But in tennis nothing is certain. The Wave fought bravely but eventually lost 6-4 in the third set and allowed USC to tie the match 3-3.

All eyes turned to the No. 2 court where Laura Gulbe was dueling with USC’s Zoe Scandalis. The international student from Latvia took a heavy blow in the first set losing 6-1, but tied the contest by winning the second set 7-5.

Any hope of victory rested in Gulbe’s hands. The dispute came down to the most agonizing way imaginable: the tiebreaker. With the third set tied 6-6, Gulbe and Scandalis brawled closely for each point.

The Waves could almost taste the victory when Gulbe was up 4-2 in the tiebreaker. However, the afternoon was destined for Trojan glory. Scandalis gathered momentum and jumped ahead to win the tiebreak 7-4 and give USC the 4-3 win.

For their next game, the No. 30-ranked Waves will hit the road to face San Diego State on Friday at 2 p.m. Women’s tennis is now at a 1-2 record overall, with both defeats by the Trojans. 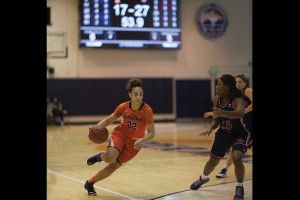 Photo by Matt BentonAfter a rough start to the four-game homestand at Firestone Fieldhouse, the women’s basketball...
Copyright 2018 Pepperdine Graphic
Back to top