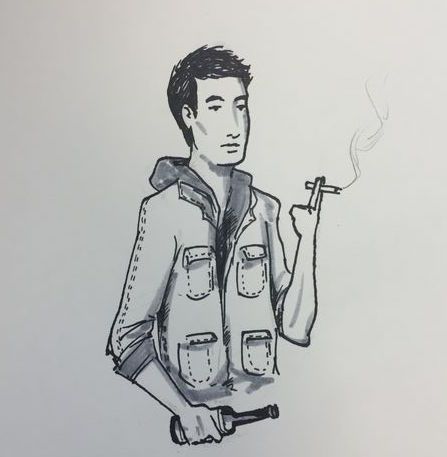 This is a part of a pro/con series. For the other side of the argument, click here.

In May, the legal smoking age in California was raised from 18 to 21. At the same time, I noticed an increase in irritability in the Pepperdine freshman class, but who’s to say that was a product of withdrawals? Anyway, smoking is a hot topic (pun intended), and it’s important to look at both sides of this argument because this new legislation is one that directly affects our age.

It’s fair to say that smoking tobacco is an anti-kale: It simply isn’t healthy and certainly is not sold at Sun Life. But the argument could be made that 18-year-olds should be able to make their own decisions with regard to legal recreational substances as consenting and cognizant adults. This makes sense. Someone who is allowed to take a bullet for their country and be triedin a court as an adult should logically have the right to support the economy via nicotine. But this argument fails to take into consideration the age gap among people between a 21-year-old and an 18-year-old.

The tobacco industry actively targets young people. “Tobacco companies intimately study youth behavior and use their findings to create images and themes attractive to youth” according to Partnership for a Tobacco-Free Maine. The majority of cigarette smokers have had their first cigarette before 18. The CDC notes “nearly 9 out of 10 cigarette smokers first tried smoking by age 18, and 99% first tried smoking by age 26” on their Youth and Tobacco page.

While it may seem trivial then to raise the smoking age, it is anything but. While it is true that a 21-year-old may be just as likely to give substances to his underage peers, it is entirely more unlikely that a 21-year-old considers someone under the age of 18 to be a peer, than say, an 18-year-old.

Raising the smoking age then does not prevent 18-year-olds, who as the contesters of this recent legislation state should have the right to smoke, from smoking. Instead, it prevents younger, more moldable youths from smoking.

The smoking age should be raised to 21. Most smokers start smoking by the time they turn 18 and were given their cigarettes by older peers. If we change the age bracket of the ‘peers’ who are old enough to give cigarettes to their younger friends, then we can keep youths from smoking until they are at least older. 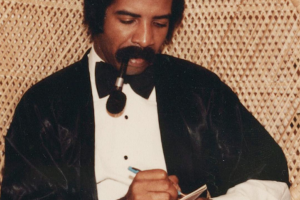 Image Courtesy of Young Money EntertainmentIt was Champagne Papi’s 30th birthday, but he gifted his followers with...
Copyright 2013 Jupiter Premium Magazine Theme
Back to top