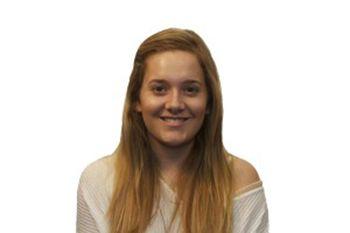 This week, the Swiss canton of Ticino passed a law banning the use of veils in public. Sadly, this is not the first time this sort of legislation has been passed in Europe. A few weeks ago, I wrote a column about how the objectification of women has been used to “sexify” advertisements to catch the audience’s attention by emphasizing specific body parts. Our brains identify female bodies as a collection of individual parts as opposed to a whole entity, as is the case for male bodies. This study, then, finds that our brains tend to objectify women, explaining why we are susceptible to being more sexually objectified than men.

A Parisian 20-year-old under the pseudonym “Princess Hijab” brought the issue to light in 2006. The mysterious street artist has given the Islamic term “hijab” – or veil – a completely new meaning. Much of what we know about her is based off of the meager number of interviews she’s consented to — the most distinguished being the exclusive interview she gave to a German magazine. During the interview she clarified that, contrary to popular belief, she wasn’t a Muslim. She simply believed the veil was the most effective tool for achieving her main cause: “to demand the right to a counterstatement from images in the public sphere,” as she said in the magazine.

Her art transpires among the bustling Parisian metro stations, targeting sexy models in advertisements and “veiling” their faces or bodies with black paint: I like to see this as her own way of drawing attention to the perturbing amount of sexual objectification in mainstream advertising by covering the exploited body parts. In addition to that, Princess Hijab also creates a contrasting alternative to the repetitive mainstream sexual culture by desexualizing these images. Her graffiti art began to truly gain international attention after the French government passed a law in 2010 prohibiting the use of full-face veils in public. French authorities have since kept a closer eye on Princess Hijab’s work, tracking her artwork meticulously and taking it down within the hour. Authorities have also taken down the graffiti artist’s blogs and promotional social networks.

Although Princess Hijab doesn’t identify herself with the hijab feminist movement, her artwork tends toward a similar purpose. The shocking growth of veiling that has occurred among Muslim women since the late 20th century Islamic revival owes much of its inspiration to the fight against the increasing Western cultural and social dominance. By wearing the veil, Muslim women defend the Arab identity from the overpowering mainstream culture by turning to the distinct customs and traditions that distinguish the Arab identity. Whether it be the Arab or Muslim identity, the hijab movement strives, primarily, to protect the counterculture.

Hijab feminists seek not only to defend their gender identity but also to proudly assert their Arab, non-Western identity in a world of Western ideas. In both cases, we see individuals fighting to prevent a global cultural monopoly and defending the small traditions that make each of us unique.