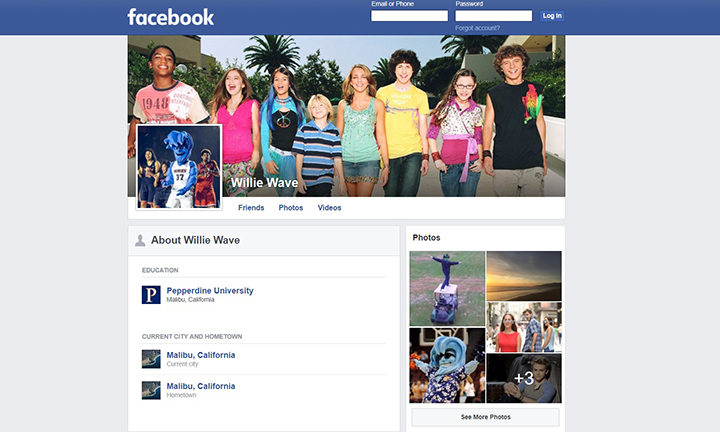 A group of Pepperdine students have created a satirical news website. And readers are calling it a breath of fresh air.

“I felt like I could finally read some news that related to me and made me say, ‘Oh my gosh! Yes! You get it!'” said freshman Kaitie Yocum. “I love how I can sit down after a stressful day of papers and tests and just laugh and feel like I’m finally understood.”

The Undertow News, a take on Pepperdine’s theme of waves, was developed from an idea a current senior, who asked to remain anonymous, had a couple years ago after noticing a lack of community among Pepperdine students. She became the editor-in-chief of her own satirical news source that pokes fun at Pepperdine student life to encourage a sense of community.

This editor-in-chief said she and her roommate were inspired to talk about the real issues of the school in an outlet where they could speak freely on their views. Undertow News writers keep their identity hidden using pseudonyms to comfortably speak out about topics.

“[The Graphic] report[s] things very fairly,” the editor-in-chief said. “I’m definitely a fan of the Graphic; [they] don’t hold back by any means. But we just get to say everything with cuss words.”

She and her writers strive to create content that will ignite campus-wide conversation.

“Since we’re so spread out across the campus, you kind of find your community in groups instead of [with] everyone. It’s kind of hard to find topics, like [the sucky parking or construction], that resonate with everyone,” she said. “Seeing people’s engagements on the posts is really encouraging, and that’s what we want. We want people to tag their friends or share the posts or say, ‘You know, this is so true.’ It’s a way to get people talking, even if it is through humor/satire.”

Freshman Ryan Kenney found himself distracted by reading their articles. “They’re really funny and help relieve stress from midterms,” he said. “I got to stop myself, though, ’cause they’re addicting. But I’ll save these for later!”

The editor-in-chief discussed the origin of the name, Undertow News.

“Our first name was the Alternative Graffic, and “graphic” spelled with “-ffic” like fiction,” she said. “And then we decided to go with Undertow like a play on the ocean, but, also, we wanted to do Undertow as something that was more underground and alternative because we’re not overseen by professors or any administration.”

Finalizing the name based on this idea of free speech, she said, “Undertow just kind of felt like the right vibe for what we thought it would be at the time. And it stuck.”

The team of three – two writers and an editor-in-chief – meet in an off-campus apartment and bounce ideas off each other in long meetings to develop the most relatable and humorous content. On top of their articles, they also devote time to their Willie Wave Facebook page, which had a little under 2000 friends as of February 21, 2018.

Content is shared on a Google document, keeping the team connected.

“We just have pages and pages of headlines and half-written stories,” the editor-in-chief said. “We have concepts, photos, a lot of different things are going on in there.”

She makes sure that content is sent out in AP style, which “provides guidelines for news writing” and “is considered essential to those who want to work in print journalism,” according to Purdue Online Writing Lab.

“Neither of my writers know AP style, and I do know AP style,” the editor-in-chief said. “I like to keep the content at least a little bit in AP style just to keep it sounding journalistic but not completely serious, ’cause it is humor. I’m kind of a stickler for grammar and punctuation and things like that. But I can’t stress enough how important the writers are. They have been amazing and work really hard.”

She explained the ways in which the writers contribute to the content of the Undertow News.

“So I have my head writer. He’s incredible. It comes very naturally to him. It’s C.P. Stacy (the writer’s pseudonym),” she said. “Dennis Edison (another writer’s pseudonym) is our normal-range writer. He focuses more on the politics. C.P. does more student life. He also does a lot of the Willie content.”

The editor-in-chief and her writers did not expect for the Willie Wave Facebook profile to get as much attention as it has.

Discussing the profile, she said, “[Willie’s] the main way that Undertow has gotten out there ’cause he was started to share all the stories, but then we were like, ‘Well, we don’t want him to be a cop-out, sharing all the stories and spamming people with this stuff that they don’t even know what it is.’ So, that’s when we started doing memes, and one of my writers does his status updates. He’s a wave of many trades, I guess you can say.”

However, this group of seniors will be graduating this semester, so they will soon be seeking out new writers to help carry on the organization. Ideally, they would be looking for writers who could focus on different sections, such as student life, Greek life, and sports. “We’re looking for more writers – a lot more. Or people to do the Facebook, or even to create memes for Willie. We just want a lot more help. Even people that’ll not even join the team but do like a guest writer article would be great.”

Sophomore Sarah Scott reflected on her appreciation of the Undertow News’ humor and relatability. “I think it’s funny. It relates to some common sentiments of Pepperdine students,” she said.

Expressing hopes for the Undertow News’s future, the editor-in-chief stated that she would like it to be a mental break from studying and a way in which all Pepperdine students, whether prospective, current, or alumni, could feel connected.

“It’s my hope that when I graduate, hopefully someone wants to take it on or I have underclassmen here that are still writing for us, so we can keep it going,” she said. “I would just like to see it evolve and be more of a community thing.” 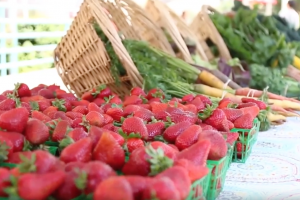 Photos by Bryce Hanamoto With the growing popularity of veganism, it can be a cost-effective eating style, while at the same...
Copyright 2018 Pepperdine Graphic
Back to top