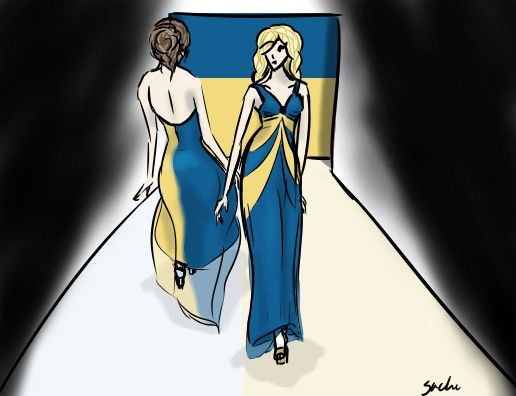 Many designers interrupted their work by participating in protests. According to BBC, the protesting in Ukraine began three months ago because the government rejected joining the European Union in order to have stronger ties with Russia. It all escalated Feb. 18 when a peaceful riot turned violent. Currently in Ukraine, the Russian army is attempting to annex Crimea, an independent peninsula of the Ukraine.

Some designers only had a few weeks to put together a collection for the show. Despite the protests and political turmoil in Ukraine, the organizers wanted to send a positive message to the world by showcasing the steadfast Ukrainian spirit.

In Wissgott’s article, Iryna Danylevska, co-founder and organizer of UFW, said in regards to the designers involved in the Maidan movement: “They don’t live in the clouds, they live here on the ground.” Clearly, these designers have gone far beyond expectations. The designers remain firmly on the ground because they care about their country and still have their passion. It becomes extremely difficult to focus on something that may seem frivolous, like fashion, in the midst of all the inner turmoil and violence in Ukraine. However, fashion isn’t a senseless industry.

Fashion doesn’t just dress the world — it can impact the world. As Coco Chanel said, “Fashion is not something that exists in dresses only. Fashion is in the sky, in the street, fashion has to do with ideas, the way we live, what is happening.” Because of their devotion to creation and craft, Ukrainian designers such as Burzum Sasha, Burba Elena and Ivanova Anastasiya, have taken a step forward in their struggle for freedom.

Passion and dedication have a way of forcing people to make hard decisions. For these Ukrainian designers, the choice was simple: stand up for your country and continue fighting for their rights. Throughout their collections, these designers show the clear influence of the political drama surrounding them.

In Kamenskakononova’s collection, many pieces have the word “duty” imprinted on them. Whether on a leather hoodie or a purple leopard printed shirt, the word “duty” has much more significance than just simply a fashion statement. It adds a level of sincerity and honesty to the collection. The duty of a designer to the art and, in this case, to their country.

Since fashion is a form of expression, these designers used that responsibility to make others aware of the struggles in Ukraine through their preferred medium.
Even the Ukrainian flag, a solid blue and yellow stripe, served as a source of inspiration, especially for designer Liliya Poustovit. Pastel blue and yellow dresses make up the finale of her show, emphasizing its importance. A finale in a runway show is similar to a great tag line at the end of a motivational speech. It should be bold and leave an impact on the audience, spiking their curiosity.

Elena Burba opened her fall collection with a pair of black shorts and a “Pray for Ukraine” sweatshirt. The logo is reminiscent of a parental warning label, much like Jason Wu’s work last year. Jason Wu had a collection that featured the parental advisory logo.

Underneath the bold Ukraine lettering is her own name, Elena Burba. By opening the show with this outspoken piece, Burba gave the audience something to think about.

Her bold “Pray for Ukraine” sweatshirt proves that just because clothes keep us warm doesn’t mean we can’t make a statement. A powerful statement can help to add fuel to the fire that causes change. A fashion show is not just lights and a runway. It is a way to express any emotion, whether it’s joy or grief. These designers are banding together to express their resilience and patriotism. They didn’t back down even though the government is falling apart.

Fashion is political. Fashion is art. Fashion remains to carry on and push people forward. Fashion is all about the future, whether it’s the next collection or new trends. Fashion, art and even life, carry on despite the chaos.

Check out the unique collections and runway shows on www.fashionweek.ua/en.

Recipe of the Week: Chesspie 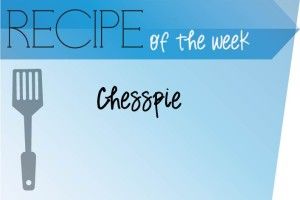 Recipe of the Week: Chesspie