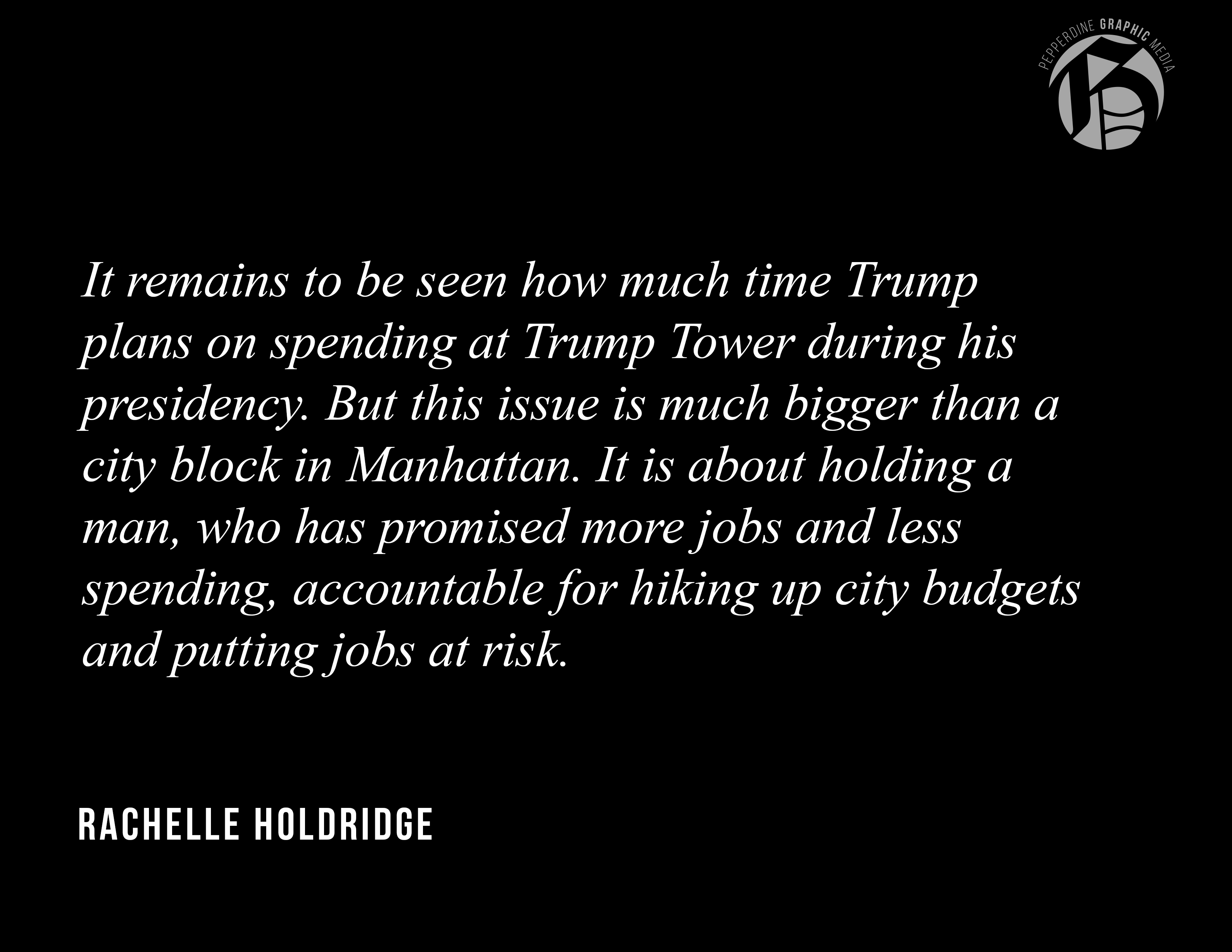 I was walking down Fifth Avenue in New York City toward the Gucci store when I was suddenly stopped in the street. “Where are you headed?” asked a policewoman. I looked up and was instantly enraged when I saw that Trump Tower was on the block just ahead of me.

Since I was just walking down the street, she instructed me to cross the street and continue on the other side of Fifth Avenue. To clarify, a person cannot walk on the public sidewalk in front of Trump Tower, on one of New York’s busiest streets, unless they tell a police officer what their business is there.

I understand why security is tight at Trump Tower. Any President has a target on their back; this one in particular. It is, however, incredibly ironic that a man whose campaign centered around his ability to create jobs and economic growth and cut government spending is causing just the opposite. The Tiffany and Co. flagship store, which shares the Fifth Avenue block with Trump Tower, has reported a 14 percent decline in sales in 2016. Though they do not attribute the total loss to these security measures, the disruptions fell during the crucial holiday shopping period. Smaller neighborhood stores near the Tower are reporting a 20 percent loss in business since election day. Ten New York City bus lines have been affected, and it’s costing the city’s taxpayers $500,000 per day.

I am not blaming President Trump for all of these disruptions. This was an unprecedented situation during a time of constantly increasing security risks. He and his team should be held responsible, however, to listening to the city’s concerns and complaints and acting on those interests. However, a request for the Trump team to testify at a City Council oversight hearing went ignored and city leaders are urging Trump to stay out of the city during his presidency, according to Erin Durkin’s article “Trump Tower Security until President-Elect’s Swearing-in Will Cost $37.4M” published January 10, 2017 by NY Daily News.

It remains to be seen how much time Trump plans on spending at Trump Tower during his presidency. But this issue is much bigger than a city block in Manhattan. It is about holding a man, who has promised more jobs and less spending, accountable for hiking up city budgets and putting jobs at risk.