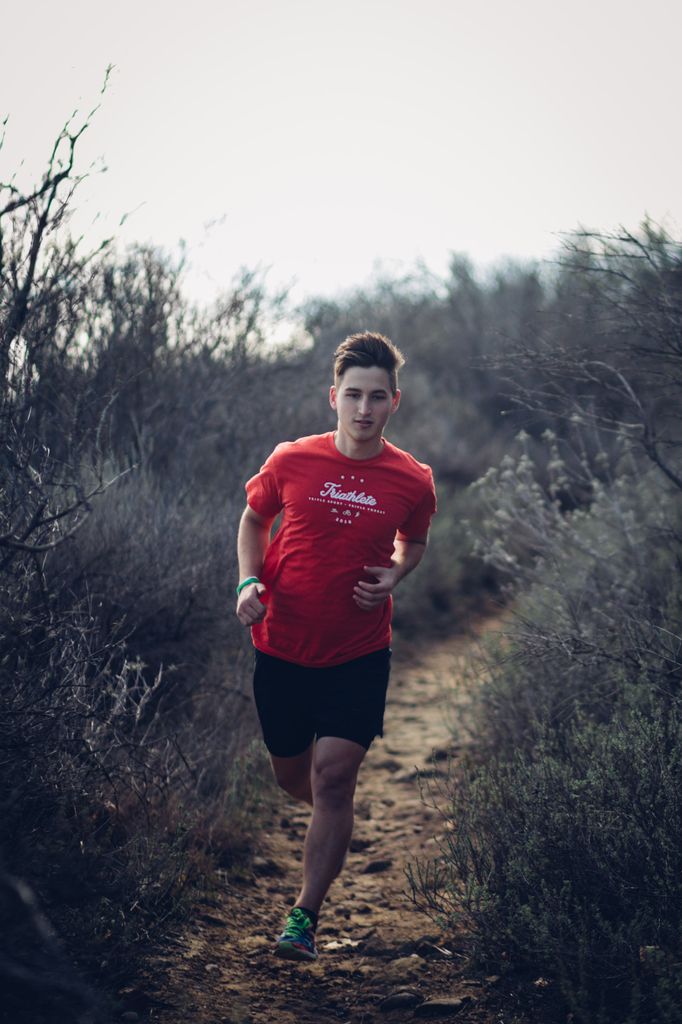 Frustrated with his first collegiate cross-country season, Matt Zupan loaded his car up in Malibu and headed east until he hit the Grand Canyon. He spent the night under the stars sleeping in his car thinking about how much water and food he could carry for the next day’s run.

At 4:30 the next morning, the sophomore laced up his shoes and strode out onto the trail. Eleven hours and 40 minutes later, he would return back to his car and drive home to Pepperdine. Within that time he ran 46 miles, the length of the Grand Canyon and back.

Zupan walked on to the men’s cross-country team last fall with little experience in the sport, but a lifetime of experience as an endurance adventurer. In the past 12 years, Zupan has competed in 25 triathlons and two marathons. In addition, he has completed one Ironman, a grueling race comprised of a 2.4-mile swim, 112-mile bike ride and a 26.2-mile run to top it off.

For a man who is clearly well-acquainted with physical pain, Zupan is chipper when discussing his passions. When sharing his spontaneous and solo Grand Canyon trek, pain seemed to be a non-factor.

“I felt surprisingly good the whole time,” Zupan said. “I met a lot of other runners out there and was constantly reminded how incredibly nice other runners are and that the real reason I love doing stuff like this is the unique experiences I get to share with others and the relationships I make along the way. Especially for the Grand Canyon run, I thought a lot about how small and insignificant I am and how vast and powerful and beautiful God is and how he doesn’t need me at all, yet still invites me to participate in his stunning creation. I just found that to be a cool revelation and comfort when I was down in the canyon for some reason.”

Rewinding to high school in a small town outside St. Louis, Missouri, Zupan found his gaze set on Pepperdine. He knew his mother considered Pepperdine for swimming and he felt the move would allow him to “be out of [his] comfort zone and get outside a lot.” Today, if you ask him about his weekend he might mention cliff jumping off 50-foot ledges in Lake Tahoe or exploring the hilly trails of California.

The desire to explore the outdoors was a family affair for him growing up.

“I was pretty chunky as a kid, which motivated me,” Zupan said. “My dad also liked to take us camping and refused to buy us a TV bigger than a microwave or any video games because he wanted us to be active, which I am so thankful for. Also, my twin sister swims in college now and has always been an absolute stud in the water, so she really inspires me.”

While many 8 year-olds try T-ball or soccer, Zupan competed in his first mini-triathlon with his twin sister, Sydney. Since then success has followed his love for endurance racing. In 2014, Zupan won the 19-and-under division of the Half-Ironman Triathlon of the USA Triathlon Long Course National Championships.

When asked his biggest accomplishment, Zupan focuses on more than his National Champion title and blowing the field away by a 16-minute margin.

“I think probably doing an Ironman triathlon when I was 16,” Zupan said. “My mom came out to Ohio with me and cheered me on. It’s one of my best memories with her.”

Few things compare to the solidarity required during a long run. While a mile may intimidate the average American, Matt Zupan’s longest run is currently 70 miles. His reason? A ninth grade school project.

“Each year, my school made us spend 40 hours on a project that related to a period of history we were studying,” Zupan said. “We had studied ancient history and [had] been learning about Pheidippides, a Greek soldier who ran 140 miles from Athens to Sparta and invented the modern marathon. I figured that sounded way better than writing a paper or something, so I ran from Athens to Sparta, Illinois, which was 70 miles. Then a week later I did another 70 to finish up the project on a local track, which was much less fun.”

In total, he logged 140 miles in a week with training that consisted of 10-mile runs or less.

Zupan claims this project is what opened his eyes to how much he loved endurance running. What started out as an assignment motivated because he felt like he was a “chunky kid” resulted in a lifelong passion.

While he enjoyed the solitude of running the Grand Canyon, Zupan tackled D1 cross-country racing, peaking at 4.9 miles.

“I was really down at first because I am nowhere near as fast as anyone else on the team,” Zupan said. “But literally every member of the team is just incredibly kind and welcoming and open. This is the first time I’ve ever been on a team and that’s definitely the best part. I still feel awful because I feel like I kind of lucked my way into a spot on the team that I definitely don’t deserve, but having amazing teammates who are supportive nonetheless is huge just to make me feel welcomed.”

Few select the grind of endurance running as one’s but with Zupan, one thing’s for sure.

When he catches an opportunity, he runs with it.