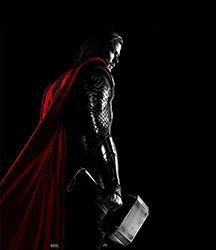 With stunning visual effects, pulse-racing action and just the right amount of witty humor, “Thor: The Dark World” looks to be a promising addition to the Marvel family.

“Thor: The Dark World” successfully mixes action, laughs and romance to create a fast-paced adventure movie that is heavy on the one-liners and low on the serious drama.

Chris Hemsworth returns to the scene as the hammer-wielding Norse god Thor, this time to save the world from the dark elf Malekith, played by Christopher Eccleston, of “Dr. Who” fame.

Malekith, who was vanquished centuries ago by the Asgardians, wants to use the Aether to return the universe to darkness during an event called the convergence.

After a long absence from Earth following “The New York Incident” — the phrase coined by Marvel to refer to the alien invasion in “The Avengers” — the towering god finally makes his way back to the planet just in time for the convergence.

This time, Thor finds himself in London after his astrophysicist girlfriend Jane Foster, played by Natalie Portman, stumbles upon a point where all the realms collide and is transported into a different world where she is then injected with the Aether.

Thor’s return to Jane is both comical and endearing as Jane plays the classic left-in-the-dust girlfriend who just can’t seem to stay mad at her hunky superhero boyfriend — her vehement slaps in the face soon turn to passionate kisses in the rain.

However, Jane’s role as a smart, strong female — she is, after all, an astrophysicist — is severely hindered by her role as a surrogate body for the Aether and her continual pining after Thor as he casually comes and goes out of her life.

Nevertheless, Thor whisks Jane away to his homeland of Asgard in an attempt to rid her of the Aether and delay a war with Malekith. It is in these scenes that director Alan Taylor ( “Mad Men,” “The Sopranos,” “Game of Thrones”) showcases his skill with stunning visual effects and imagery of Asgard that creates a world reminiscent of that found in “Lord of the Rings.”

The real bulk of the tension and drama in the movie is played out when Thor and his rebellious, throne-thirsty brother Loki, played by Tom Hiddleston, team up to deliver Jane from Asgard and defeat Malekith, preventing an all-out war in Asgard and on Earth.

Hiddleston delivers a tremendous performance as Loki, adding an extra layer of tension mixed with dark humor, which gives the otherwise action-packed plot a little extra substance and depth. The on-screen chemistry between Loki and Thor is also undeniable as they easily bicker and banter, but with a sense of hurt and anger caused by the past, creating some of the movie’s most dynamic and memorable moments.

When Malekith finally obtains the Aether from Jane’s body, he heads to London — where all the realms will align perfectly — to bring darkness back into the universe. It is there that he reaches his final confrontation with Thor. However, in this short ending scene, the movie begins to feel rushed and at times can be confusing as it attempts to tie all the sub-plots together in one forceful closing scene.

That is ultimately where one of the major faults of the movie lies — in its multiple sub-plots that undermine its action and forward momentum. As with the previous “Thor” movie, as well as other Marvel productions, the plot is not nearly as exciting as its characters, so having a multitude of these anti-climatic plots really hinders the otherwise successful use of humor and action.

Despite these shortcomings, “Thor: The Dark World” still leaves audiences satisfied with its intense action, humor and romance complimented by a few scenes of true drama, making it yet another success for Marvel. 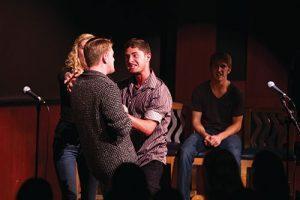