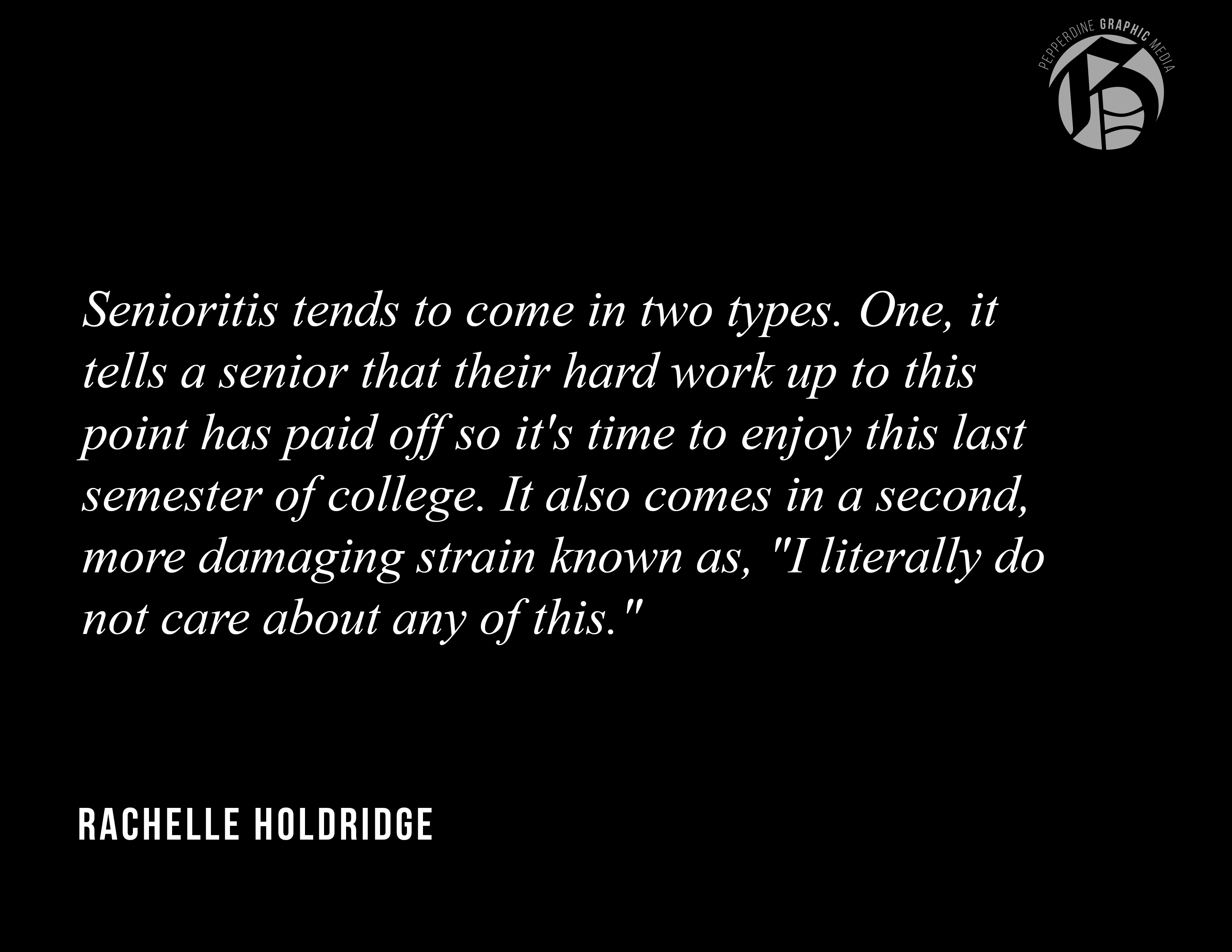 Urban Dictionary defines Senioritis as, “A crippling disease that strikes high school seniors.” I found this definition shortly before this article was due while also working on a group project, so it’s safe to say it strikes college seniors as well. It’s not necessarily just good or bad, though. Senioritis can be positive or negative, depending on how it affects a senior’s life.

Senioritis tends to come in two types. One, it tells a senior that their hard work up to this point has paid off so it’s time to enjoy this last semester of college. It also comes in a second, more damaging strain known as, “I literally do not care about any of this.”

The first type of Senioritis can actually be really beneficial. The first three years of college are a mess of sleep-deprivation, studying, making friends, finding yourself and drinking excessive amounts of coffee. Over half of undergraduates have experienced overwhelming anxiety and more than 80 percent felt overwhelmed by everything they had to do, according to the 2015 National College Health Assessment published by the American College Health Association. Hopefully, by the last semester of college, all the hard work has paid off and some semblance of relaxation has entered the senior’s life. This is a good thing.

The second type of Senioritis takes things a bit further. Rather than saying, “I don’t have to study that extra hour, I can spend some time with my friends,” it says, “I am not going to study for this for one singular moment.” This ruins all the hard work that the senior has put into college up to this point.

This strain of the disease is like apathy on steroids. It comes from a heavy dose of burnout and possibly an even heavier dose of anxiety about the future. These are both understandable. College can be absolutely exhausting, especially here at Pepperdine where everyone has a thousand commitments.

The problem is, though, this “meh” mentality toward academics can start to spread to things that will matter in the long run. Of course a tanking GPA could ruin grad-school prospects, but becoming apathetic in friendships can compromise some of the best friends that people makes in their lives.

Seniors shouldn’t be afraid to relax a little bit and let their hard work pay off. College is hard, and students should enjoy at least a little of it. It’s important not to let apathy spread into possibly life-long relationships.