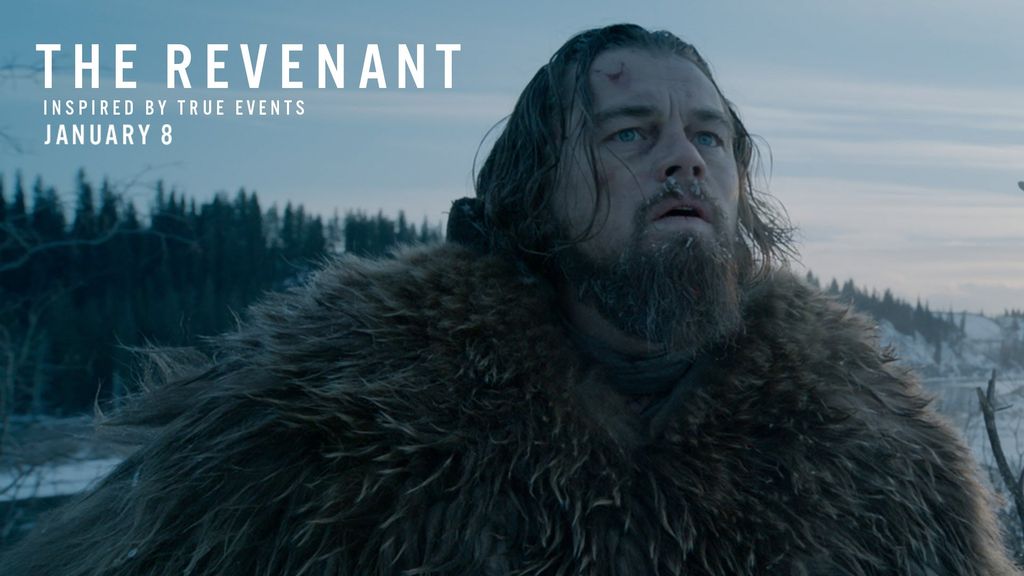 Another highly anticipated film with a talented director and all-star cast, “The Revenant” has already garnered substantial critical and commercial success. The 1820s wilderness survival story has already won some 29 awards and has accumulated a notable 12 Academy Award nominations. These are awards and nominations well deserved; “The Revenant” is a truly impressive film, particularly in acting performances and cinematography, despite some drawbacks in its lengthy runtime and minor anachronisms.

Inspired by real people and events, “The Revenant” tells the story of famed wilderness explorer Hugh Glass’ struggle to survive after being mauled by a bear and left for dead by his men. Directed by Alejandro Gonzalez Inarritu, Leonardo DiCaprio (“Titanic,” “Inception”) stars as Glass, with Tom Hardy (“Warrior,” “Mad Max: Fury Road”) playing the main antagonist, John Fitzgerald. Other cast members include Domhnall Gleeson (“Harry Potter and the Deathly Hallows,” “Star Wars: The Force Awakens”), Will Poulter (“Maze Runner”), and Forrest Goodluck, for whom the film is his big-screen debut.

The film begins with flashbacks of Glass with his wife and young son, and then holding his son, Hawk, in the midst of a burning village. The audience is then brought to the present time of the story, which is never directly stated but can be inferred from historical elements as the 1820s. Glass and Hawk are guiding a company of fur trappers in the North American wilderness, trying to make it back to their fort while fighting off attacks from a group of Arikara Native Americans.

After temporarily escaping the Arikaras, Glass goes to determine the best route for the men going forward. He encounters a mother bear, who, in an effort to protect her cubs, violently mauls Glass. His men find him and attempt to care for him as they continue the journey, but with the onset of winter it becomes too difficult, and Glass is eventually left for dead.

From that point, the story becomes a mix of a struggle for survival and a quest for revenge. It could be said that the juggling of both major themes risks neither being addressed as fully as it could have been; however, the melding of the two throughout the film adds more realism to Glass’ experience than a cut-and-dry theme would have lent.

All in all, “The Revenant” is an impressive piece of art. Filmed on location mainly in Canada and Argentina, Inarritu ensured that the production was filmed entirely using natural light, which provided for beautiful wilderness cinematography throughout the film. The film goes to great lengths to convey as much time period realism as possible, which (despite a few minor anachronisms, such as calling a musket a rifle when they had not yet been invented) do a great deal to relate the harsh struggles of the situation Glass finds himself in. The acting performances, particularly by DiCaprio and Hardy, were commendable, particularly for such a challenging story.

Without giving too many spoilers, the film is very intense and not light on violence or gore. Though the violence was heavy, it never felt gratuitous — rather, it also felt like it was conveying the unpleasant reality of the setting. There were times when it was a bit difficult to understand the dialogue or who was speaking, particularly in the beginning of the film, but the ultimate lack of reliance on dialogue made up for any lines a viewer might have missed.

“The Revenant”‘s biggest drawback was simply its length. At 2 hours and 36 minutes, the film went beyond its need to show the audience the agony of survival and simply felt long. Tighter editing, particularly shortening some of the fight scenes and cutting some of the (admittedly beautiful) panoramic shots would have fixed the length issue.

Overall, “The Revenant” is a remarkable film, but given its violence and length, it is not for the faint of heart.