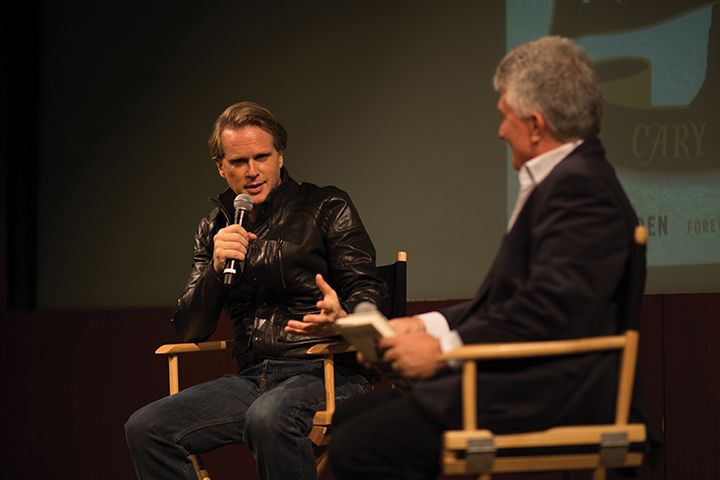 On Saturday, family and friends gathered for a screening of the cult classic film, “The Princess Bride,” hosted by Pepperdine’s Center for Entertainment, Media and Culture. The screening was followed by a question-and-answer portion with the film’s lead, Cary Elwes (Westley), and then a signing of Elwes’ book, “As You Wish.” The New York Times bestseller was published in Oct. 2014 and was written as a “love letter to the fans.” The event was so incredibly popular that all of Elkins Auditorium was packed, with only floor seating and standing room by 7 p.m.

Rob Reiner, the director of the film who also penned the forward for Elwes’ book, made a surprise appearance to introduce the film, remarking that the movie was always popular with college students. Once the film started, you could could hear the audience in the next town over. The room was electric, and the laughter rolled in consistently.

Generations were able to reminisce on the classic. After the film, Elwes came out to do a Q&A moderated by Craig Detweiler, director of Pepperdine’s Center for Entertainment, Media, and Culture. Once Elwes entered the room, a sea of phones went up to capture a shot of the beloved actor. Elwes, a natural-born comedian, took the audience on a journey with his responses to the questions, including depictions of the day he broke his toe on set, and the late Andre the Giant’s earthquake-inducing flatulence during filming one day. The crowd was in stitches, some on the floor were quite literally rolling in laughter, with Elwes impersonations of co-workers Reiner, Andre and Mandy Patinkin (Inigo Montoya). Patinkin was featured throughout the book in their attempts to construct the “greatest sword fight ever.” Especially, when Elwes broke his toe before filming the iconic scene with Patinkin from riding an ATV, after Andre’s many offers. “One day, he convinced me that I should try it out. Foolishly, I did, and within minutes I drove over a rock and broke my left toe,” Elwes said. “It was three weeks before we were due to film the sword fight scene, and so I hadn’t fully healed by the time they shot that.” 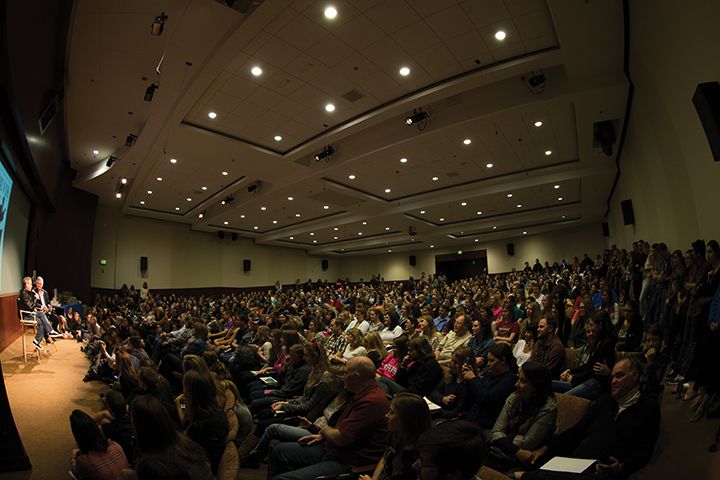 Elwes shared many stories, ranging from his encounters with crazed “Princess Bride” fans to Billy Crystal’s medieval Yiddish improv which caused Reiner and Elwes to be banished from the set due to the raucous laughter, and even Patinkin to bruise a rib from laughing so much. “I met a fan once who had ‘As you wish’ tattooed on the back of her neck. She wanted me to autograph it so she could have my signature added too. Initially I hesitated, but her mother insisted.”

After many stories from the days of filming as depicted in his book, Elwes began answering the audience’s questions, previously submitted.

The highlight of the questions came when a Pepperdine student submitted a picture of a hedgehog and asked Elwes “to comment on [her] hedgehog,” which he delightfully did. He remarked that it was the best he’s ever seen, and he was keeping it. Another awe-inducing moment came when 10-year-old audience member Sabrina asked Elwes for a hug, which she received as the audience cooed over how cute she was. 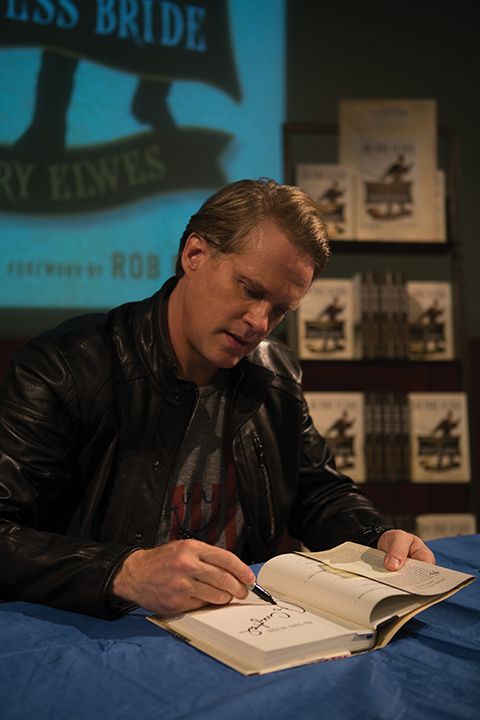 After the Q&A wound down, the book signing commenced. With the sheer number of books presented, it’s a miracle Elwes didn’t develop carpal tunnel. While the audience cycled through, Elwes had a smile for everyone, and his overall kindness was beyond compare.

Many had books that were made out to family, church members and friends, while a select few opted just for his signature. Selfies and snaps galore were taken while Elwes made time for everyone waiting in line. The night was one to remember, thanks to Elwes of course, but also the manager of Pepperdine’s Center for Entertainment, Media and Culture Kathryn Linehan, the director Craig Detweiler and their team of student workers. By the end of the night, the audience resoundingly felt the line, “Grandpa, maybe you could come over and read it again to me tomorrow?”