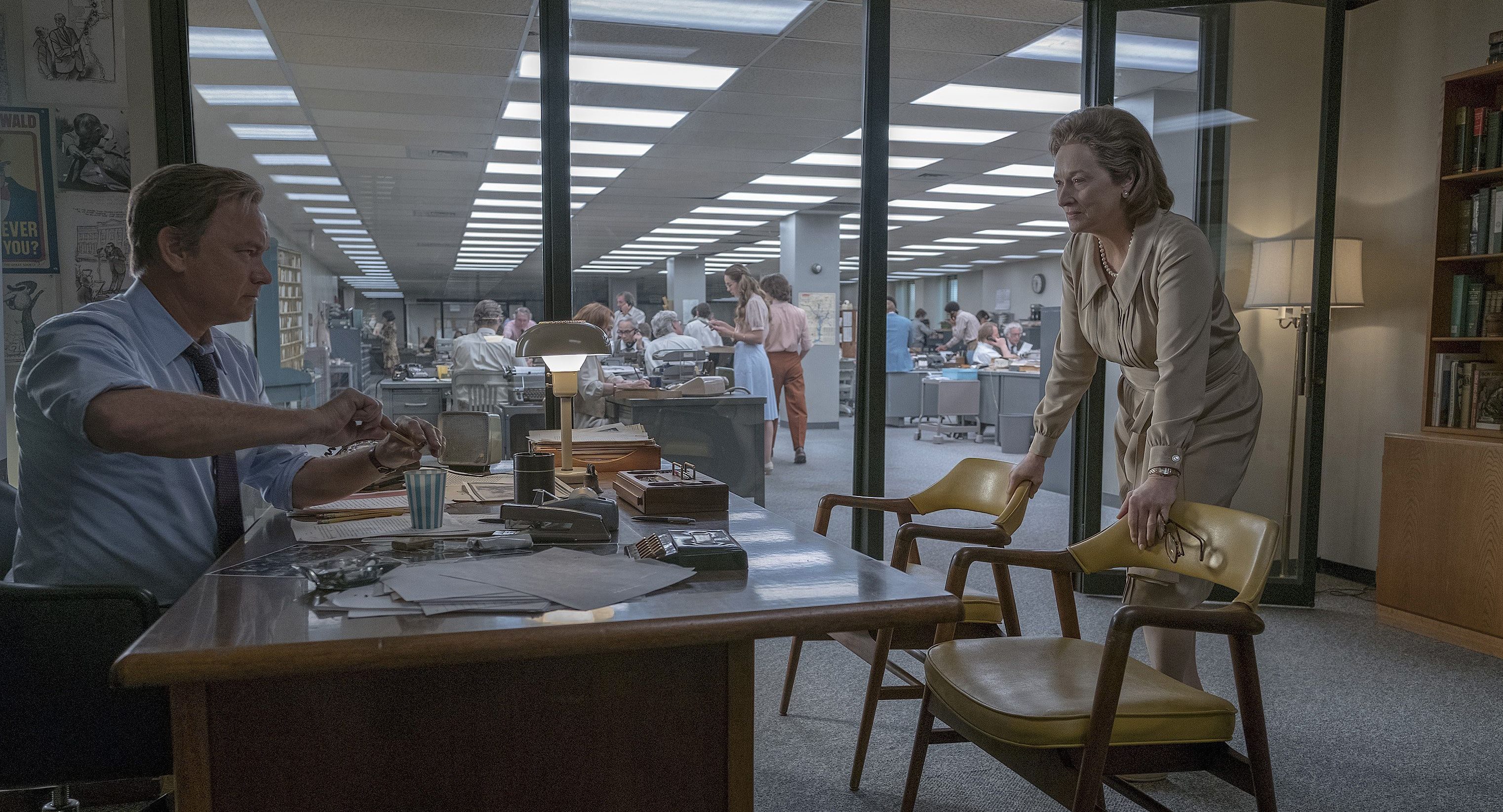 Steven Spielberg’s latest film “The Post” is based on a true story and offers a much-needed take on censorship and freedom of the press.

The film stars Meryl Streep as Katharine Graham, former publisher of The Washington Post, alongside Tom Hanks as Ben Bradlee, executive editor, in their pursuit to publish the Pentagon Papers in the early 1970s.

The film follows Graham in her conquest to find her footing and voice, as she takes the company from being a private, local paper to a publicly traded company, while also competing with The New York Times to sell more papers and get a big lead on a story. When the paper finally gets access to the classified Pentagon Papers, the action truly begins in the fight for freedom of the press, earning the film an 88 percent on Rotten Tomatoes.

The Pentagon Papers were a secret 7,000-page study of the history of America’s involvement in the Vietnam region from the 1954 until 1967, filled with information that had been hidden from the public.

Hanks brings his all in this political thriller, with his determination and roughness as Bradlee. Meanwhile, Streep brings a softness and femininity to Graham, a woman struggling to be in charge in a male-dominated industry after being handed the position of publisher after her husband commits suicide. Streep brings her usual clumsy, charming self, as she paces herself and brings confidence to Graham’s character at the end of the film.

Streep’s character is important for women today as a strong role model. She plays a woman in power who runs a paper and is often undermined by her male colleagues and board members. She is rarely respected by the men in her workplace, especially since she is the first female publisher of The Washington Post. Streep plays her as nervous and incompetent, as any woman in Graham’s position would be, but eventually becomes the voice of the film as she takes charge and leads the paper to victory.

Streep told The New York Times, “The more I read about her, the more I thought, ‘Who do you think you are trying to be — Katharine Graham?’ She was so thoughtful, deep-principled and wily in that way that women had to be when they were only the second tier of a society.”

“The Post” was released during a time of threatened censorship and female empowerment, when people are fighting fake news and reclaiming their voices through marches and coming forward about sexual assault. Spielberg told the Hollywood Reporter, “I realized this was the only year to make this film.”

The film reminds audiences of their rights and the importance of free press during Trump’s presidency. With the looming possibility of net neutrality and media censorship, audiences are left feeling empowered and ambitious. It shows the bravery of everyday journalists fighting for change and putting their publications and careers on the line as part of their responsibility to the American people. News must be public, specifically regarding government corruption and secrets.