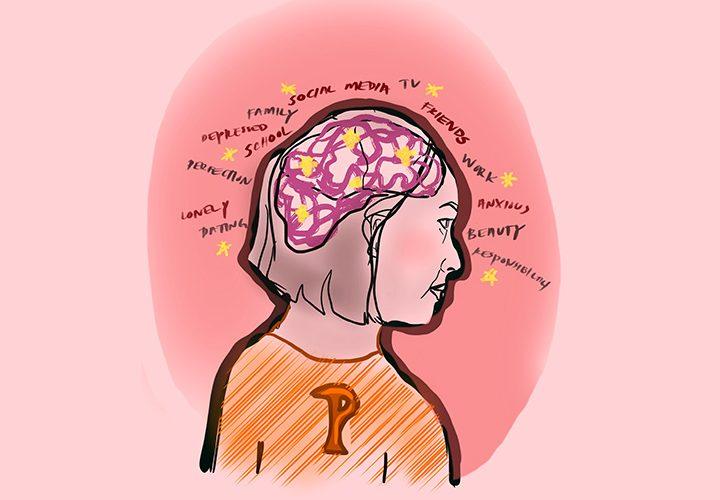 Before COVID-19, colleges across the U.S. were already faced with rising levels of mental health challenges, according to Psychology Today, and Pepperdine is no exception.

Despite exploring the backyards of celebrities or living out a real-life “Zoey 101“ experience, many Pepperdine students struggle with their own mental health challenges. The three most difficult mental health experiences during the virtual semester have been loneliness, Zoom fatigue and depression and anxiety, according to an October Graphic survey of 25 Pepperdine students.

“Coming into Pepperdine made me feel like I have to be all right, like I had to portray myself as, ‘I’m perfectly fine all the time,'” junior Sawa Yamakawa said. “My freshman year, I referred to Pepperdine as a ‘utopian dystopia.'”

Many students refer to this phenomenon as the Pepper-“fine” mindset. A colloquialism among students, the concept illustrates a student body obsessed with portraying perfection, whether it be through attitude, appearance or social media.

“There is this idea that you’re blessed to go to school in Malibu, but there can also be other underlying traumas that are happening at the same time in students’ personal lives,” said Emma Mattingly, senior and co-president of the Student Wellness Advisory Board.

Although Pepperdine’s Malibu campus and its students often seem picture-perfect, this does not overshadow the growing rates of mental health issues among college students nationwide.

Forty-four percent of those surveyed said they had experienced some form of a mental health crisis while on campus. Of those students who answered yes, 33% said the Pepperdine community did not know they suffered the crisis, according to the Graphic survey.

“Pepperdine students are very driven,” said Stacey Lee Gobir, the Health, Wellness, and Resilience Education Program coordinator. “I love that about them, but I worry about their mental, emotional, physical health because you can only be the best version of yourself if you take care of yourself.”

While there are many positive aspects of social media, Mattingly said these platforms play a significant role in creating artificial pressures and unrealistic standards in students’ lives.

“People have to put up this facade, or this alternate persona, to portray that everything’s fine, I’m good and my issues are not as bad as other people’s,” Mattingly said. “That’s not even just on Pepperdine campus — I think that happens everywhere.”

“I definitely see a difference between people from my high school that go to state schools or Midwest schools versus Pepperdine students’ Instagrams,” Kay said. “A lot of people are modeling their feeds off of celebrities, and with the environment that we’re in, everyone is trying to show off that perfect sunset pic or a hike at the observatory.”

Alumna, adjunct professor and on-campus yoga instructor Cecily Breeding (2010) said it is impossible for anyone to match their daily life to their social media projection. She said social media can become an undue burden for college students by creating negative mental feedback loops.

Due to the virtual learning component of fall 2020, Gobir said students need to pay attention to their mental diet — the consumption of different activities, images and thoughts — and limit their time on social media.

“Being mindful of my mental diet allows me to realize when social media or the news is not serving me,” Gobir said. “Social media is a serious, double-edged sword, and I feel like that has to be the largest factor for stress in college students.”

Fitzpatrick said while the Counseling Center’s attendance has been lower this semester due to state licensing restrictions, she expects a higher percentage of students will seek help and treatment from the various mental health resources upon the return to campus.

“Asian countries, we tend to avoid talking about mental health, because we grow up thinking that mental illness is a sign of weakness or something,” Yamakawa said. “It’s just rooted in our culture.”

As an ambassador, Yamakawa said he hopes to encourage international students to take advantage of Pepperdine’s Counseling Center and other mental health resources.

“It’s getting better because more conversations are being had amongst faculty and students,” Kay said. “Being a part of Gen Z, we’re very vocal about mental health on social media and in small friend groups because we’re growing up in a time where the conversation is expanding.”

Although Fitzpatrick said word of mouth was an important component of the Counseling Center’s success with an in-person environment, 60% of students polled were indifferent and 20% disagreed that the current mental health resources and information on Pepperdine’s website were helpful, according to the Graphic’s survey.

Last year, 68% of Pepperdine students expressed they had “felt very lonely,” which was 3% higher than the national average, according to the National College Health Assessment Spring 2019 survey.

Mattingly said Pepperdine’s abroad culture contributes to the high rates of loneliness on campus. Over 80% of Seaver students study abroad during their time at Pepperdine, making Pepperdine No. 2 in the nation for study abroad participation, according to Pepperdine’s website.

“Taking a group during their second year of college and splitting them into so many different smaller groups definitely has an impact on the sense of loneliness at Pepperdine,” Mattingly said.

Fitzpatrick said she believes Pepperdine students go through three different forms of the first-year experience: the first on the Malibu campus, the second while abroad and the third being the readjustment to Malibu.

Mattingly said SWAB is continually trying to address Pepperdine’s loneliness problem, especially regarding the current virtual semester and the unforeseeable mode of instruction for future semesters.

“I’m really optimistic because I feel like we’re being deprived of our nature to socialize,” Kay said. “Once we go back, everyone’s going to be eager to be back together, but some may be more reserved at first.”

Despite never visiting Pepperdine’s campus and experiencing her first semester of Pepperdine online, first-year Anastasia Condolon said her first-year seminar class has weekly mental health check-ins and class discussions on how to be resilient during challenging times.

Condolon said she is passionate about mental health and hopes to inspire others to seek happiness and feel comfortable in their own skin while at Pepperdine.

While 89% of students are experiencing stress or anxiety as a result of COVID-19, two-thirds of students reported an increase in supporting others with mental illnesses, according to a fall 2020 survey by Active Minds.

“I definitely think we are moving in the right direction, and it’s really cool to see that students are coming into Pepperdine and knowing what they want to change about the climate of mental health,” Gobir said. “Sometimes, it’s just peer-to-peer normalization, and those conversations are what really break down walls slowly but surely.”

If you or someone you know is struggling with suicidal thoughts, call the 24/7 National Suicide Prevention Hotline at 1-800-273-8255. 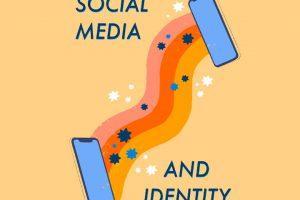