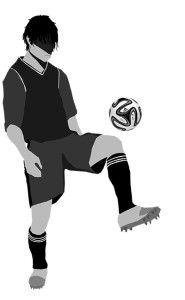 Editor’s note: this is part two of our series assessing the 2014 World Cup draw

The 32 teams were divided into four pots based on their FIFA World Ranking. The teams were then split into eight groups (A-H), each containing teams from each pot. This World Cup is the most balanced one ever, with 26 of the top 32 FIFA ranked teams having qualified. Out of all eight groups, there is only one that seems to be unequal. The following is the second part of a brief analysis on how the participating teams in the draw will likely fare in the tournament.

Group E contains a former World Cup winner, the sixth-best team in Europe, the fourth-best team in South America and Honduras. France is the clear favorite, despite the fact that they barely qualified for the tournament as they scraped past Ukraine in the playoffs. The all-star French lineup includes players such as Franck Ribéry, Paul Pogba, Karim Benzema and Raphael Varane: players who have sufficient talent to face and beat any team in the world.

Ecuador was shaken by terrible news on July 29, 2013: Christian “Chucho” Benítez, their star player and a spectacular forward, had died in Qatar from a heart attack. After Benítez’s untimely death, Ecuador only managed to win a single match out of the five remaining qualifying fixtures. Ecuador will play the 2014 World Cup with Benítez in mind, a similar situation to that of Paraguay in 2010, when they lost Salvador Cabañas after he was shot in the head (Cabañas eventually recovered). Ecuador has the players to triumph in the group: Caicedo and the Ayoví cousins, Rojas and Montero.

Even though Honduras will arrive in Brazil with high hopes, they have their work cut out for them, as they do not have the necessary players to succeed. Their best player, Roger Espinoza, plays for a second-tier English team, Wigan. However, on Sept. 6 they became only the second team to ever beat Mexico in the mythical Estadio Azteca during a World Cup qualifier. Still, Honduras has a high probability of joining Group D’s Costa Rica in booking a quick flight home.

Switzerland will hope to avoid another World Cup heartbreak like the one it suffered in South Africa in 2010. In that World Cup, they beat World Champions Spain in their first match, only to lose their next three and be eliminated in the first round. An interesting combination of young players (2009 U-17 World Cup winners) and experienced ones will grant Switzerland high hopes to progress to the round of 16, where they will most likely face either Argentina or Nigeria.

Diego Maradona probably lost his mind when he heard Argentina would be placed in what is by far the easiest group of the entire World Cup. One of the favorites to take home the trophy, Argentina is a footballing powerhouse; their offensive prowess is practically unequaled in the world. Brazil’s greatest rival will threaten their homegrown glory as they count on the talents of Sergio “Kun” Aguero, Ezequiel Lavezzi, Angel di Maria, Gonzalo Higuain and a certain Barcelona player by the name of Lionel Messi. Their defense could be their weak point, but it has improved in recent years under Head Coach Alejandro Sabella’s organized tactics. Watch out for the Albiceleste, as they will likely reach the semifinals at the very least.

Bosnia and Herzegovina is the only country out of the 32 participants that will be playing their first-ever World Cup. They finished at the top of their qualifying group, beating out Greece by a single goal difference. The Dragons are an unbalanced team, as they have three tremendously gifted players while the rest of their squad is of mediocre quality. Their hopes will lie on Manchester City’s Edin Dzeko, Roma’s Miralem Pjanic and Stoke City’s Asmir Begovic to produce stellar performances in order to pull the team through.

Current African Cup of Nations champions Nigeria reached the World Cup after cruising 4-1 over Ethiopia in the last round of qualifiers. The Super Eagles have one of Europe’s best goalkeepers in Vincent Enyeama, who in late 2013 lasted an incredible 1,062 minutes without conceding a goal in the French League. Both their attack and midfield options are bright, as they will count on Chelsea defensive midfielder John Obi Mikel, Liverpool attacking midfielder Victor Moses and Fenerbahce forward Emmanuel Emenike. Head Coach Stephen Keshi will attempt to avoid another disaster similar to the one that saw Nigeria finish bottom of their group at the 2010 World Cup.

Iran appears to be the most vulnerable team in the group. After an early exit in the group stage of the 2006 World Cup due to losses to Mexico and Portugal, Iran is back and relying on captain Javad Nekounam to lead them into a more dignified performance. Former Osasuna Player Nekounam is Team Melli’s best player, proof of that being his 37 goals in 135 matches — an outstanding amount for a central midfielder. Under the tutelage of former Real Madrid and Portugal Head Coach Carlos Queiroz, Iran just might surprise the entire world in Brazil.

As football giants and serious title candidates, Germany should win their three group matches with relative ease and progress to at least the semifinals. Their star-studded squad is second-to-none, as they have a perfectly balanced footballing machine. Impassable keeper Manuel Neuer guards the goal, Mats Hummels and Philipp Lahm lead the defense, Mesut Ozil, Ilkay Gundogan and Bastian Schweinsteiger command the midfield, while Mario Gomez and Thomas Muller spearhead the attack. They have the experience, talent, coaching and drive necessary to win the World Cup. The only caveat, however, is that a European team has never won the World Cup when it has been hosted in South America, a trend the Germans will certainly try to end.

After Cristiano Ronaldo and Portugal triumphed against Zlatan Ibrahimovic and Sweden in the European playoffs, they face the World Cup with high hopes. The Seleçao isn’t as balanced a team as Germany, but having the 2013 Ballon D’Or winner amongst your ranks definitely helps. Head Coach Paulo Bento’s team has a great selection of individual talent, but his main issue is one of a kind with a difficult puzzle: how is he going to put them together? On paper, players such as Ronaldo, Helder Postiga, Joao Moutinho, Raul Meireles, Pepe and Bruno Alves together seem like a guaranteed win, but cohesion hasn’t been present in Portugal’s last few matches. If they fix that and transfer Ronaldo’s Real Madrid form to the national team, there is no reason they should not be one of the tournament’s surprise teams.

The fight for the group’s second place will be a tough one as Ghana is by no means an easy target. After being painfully eliminated from the 2010 World Cup quarterfinals, the Black Stars will look to at least equal their previous performance. On that occasion, Ghana missed a 90-minute penalty that would’ve made them the first African team to reach the semifinals, but they eventually lost to Uruguay in penalties. In order to qualify for the World Cup, Ghana markedly outplayed American Bob Bradley’s Egypt in a final 7-3 playoff score. Ghana has the firepower to fight Portugal evenly, and they will count on the likes of Asamoah Gyan, Jordan Ayew, Anthony Annan and Kevin-Prince Boateng. Fun fact: half-brothers Kevin-Prince Boateng and Jerome Boateng will face each other in a World Cup for the second consecutive time. Kevin-Prince plays for Ghana, Jerome for Germany.

Irony at its finest once again. A case similar to Costa Rica, the U.S. finished in first place of their qualifying group but will be heading home in a jiffy. Although Head Coach Jurgen Klinsmann has implemented a clear playing style with an incredible amount of professionalism—they saved Mexico from being eliminated after scoring against Panama even though they had already qualified to the World Cup— it doesn’t seem as if it will be enough to put Team USA through. The U.S. will be seeking revenge against Ghana, the team that bested them in the two previous World Cups, and will be hoping that their first match will propel them into possibly obtaining the group’s second spot. Even though the U.S. surprised the entire world in South Africa by beating England to their group’s first place, it’s mission impossible for CONCACAF’s best team this time around.

Many have described Belgium as the “dark horse” in their World Cup predictions, but I beg to differ. A dark horse is a candidate who unexpectedly wins or succeeds, but there is nothing unexpected about Belgium’s probable success at the 2014 World Cup. The Red Devils have an astonishing combination of young and experienced players, a balance that not many teams in the World Cup can count on. On one end there are players like Thomas Vermaelen, Vincent Kompany and Daniel Van Buyten. On the other, there are youngsters like Chelsea’s Eden Hazard, Kevin De Bruyne, Romelu Lukaku and star goalkeeper Thiabut Courtois. Powerful players such as Christian Benteke, Mousa Dembele, Axel Witsel and Toby Alderweireld complete the team. After reaching six successive World Cups (1982-2002), Belgium is back from a 12-year lull and will look — and probably succeed — to impress.

Russia is also back after 12 years, having topped their qualifying group and overcome Portugal in the standings. Russia’s head coach, football extraordinaire Fabio Capello (Real Madrid, Milan, Roma, Juventus and England) will provide wisdom and experience, something bound to give them an extra edge over their rivals. Russia is a very tactically disciplined team, with Capello implementing a consistent formation throughout his time at the helm, something that has helped the Russian players flourish. The squad is composed exclusively of local players (meaning they all play in the Russian league), something that adds to the team unity displayed in the qualifiers. If Aleksandr Kerzhakov and Aleksandr Kokorin continue their fine attacking form and captain Roman Shirokov can maintain the team’s balance, Russia could be an actual dark horse.

Algeria is one of five African national teams likely to repeat their performance from the 2010 World Cup. They have only participated in three World Cups, never making it past the group stage. It seems like an uphill battle right from the start for the Greens, as top group rivals Russia and Belgium have significantly better squads. However, this doesn’t mean Algeria will be an easy target: They count with Valencia’s midfielder Sofiane Feghouli and FC Porto’s Nabil Ghilas amongst a couple other talented players at the helm. The slow implementation of Algerian footballers into top European footballing sides doesn’t seem like it will have an immediate effect, and Algeria will most likely be eliminated in the first round.

South Korea will hardly make a splash at the World Cup. Even though the Taegeuk Warriors won the Bronze medal at the 2012 London Olympics and some of those players will be included in Head Coach Hong Myung-Bo’s final squad, there is a very slim possibility of the Asian nation progressing. Players such as Freiburg’s Ji Dong-Won, Arsenal’s Park Chu-Young and Bayer Leverkusen’s Son Heung-Min will attempt to prove that prediction wrong but will likely fail in doing so, given that Belgium, Russia and Algeria are a step above them football-wise. 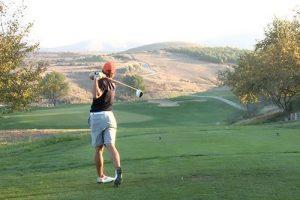 Photo by Marisa Padilla Football – a game for gentlemen played by hooligans. While everyone is caught up in the current...
Copyright 2018 Pepperdine Graphic
Back to top