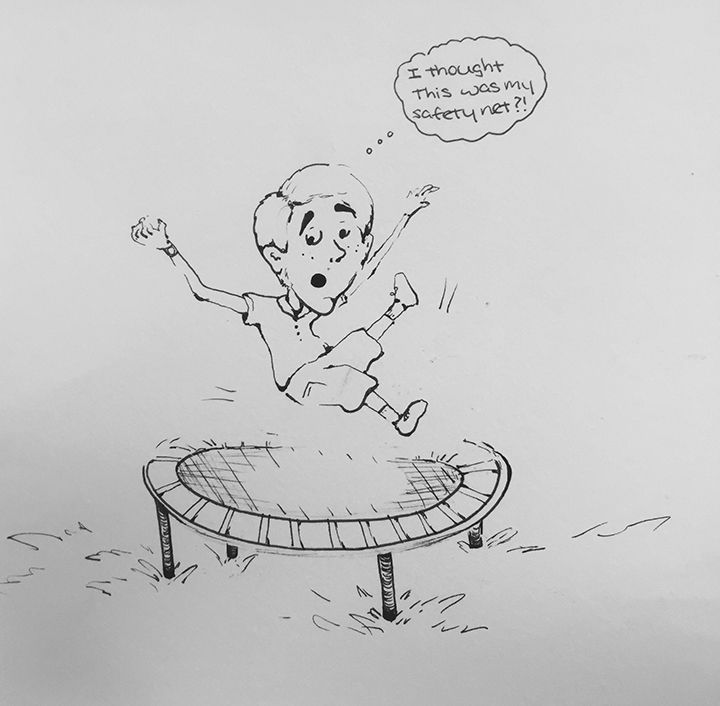 We all remember when our coaches or parents told us to give 100 percent to something. And as cliched as that sentiment might be, it continues to hold value in how we live our lives. Every single day the world becomes more and more competitive, making our complete focus ever more a necessity. But we ignore this necessity in order to go after goals considered more “socially acceptable.” When a young person wants to become an artist or has an invention, we tell them that they should make sure to clutter their goals with unrelated focuses under the belief that it will make them more hirable.

Today’s culture promotes this idea that the best way to success is diversification, and while that may be true in certain pursuits, it can’t be the predominant sentiment in our culture. Simply put if we allow for ourselves the ability for failure (through the implementation of safety nets) then we won’t ever be capable of giving the totality of ourselves to the pursuits that truly matter. Creativity and innovation has never come from giving 10 percent to 10 different pursuits, but rather by giving everything that you are to one singular goal. Steve Jobs didn’t major in Economics so that he could found Apple; instead, he dropped out of college and invested his entire self into what is now one of the world’s most valuable companies. And while I know that not everyone can be the next Steve Jobs it still hurts that society is creating this culture of mediocrity through diversification.

The most prominent way in which society does this is through the advocacy of safety nets. When we live lives in which risk-taking is constantly accompanied by a backup plan, we are consequentially treating failure as perfectly acceptable. Humans inherently have the instinct that when we are backed up against a wall to fight, regardless of the circumstances. When we feel that desperation, we are at our most capable. Some of the greatest innovation in the modern era happened when someone was put in a situation where should they fail, they would lose everything . Just look again the triumphs of Steve Jobs and Apple, George Lucas and his sci-fi epic Star Wars or the militaristic conquests of generals such as Washington or Patton in their respective theaters of war.

The weight of this culture that promotes not committing ourselves to our passions has never felt more heavy than in these past few months. Starting college brings about a wave of expectations regarding my future. Countless people told me that I was supposed to major in something like business or economics so that I could get a job when I graduate. And as someone who will most likely graduate with six figures of debt getting a job after college is important. But for as reasonable as that might be it’s not what I love doing. I love being an artist, I love writing, filmmaking and photography. Those are the things that I want to do with my life, those are the things that bring me joy and those are the pursuits that I want to turn from non-paying hobbies into lifelong sources of income. However, those are difficult industries to break into and I can promise you I never will until I am willing to give my entire existence to my art. That’s why I chose to disagree with my parents and instead major in English, with the intention to change it whenever I feel as though my art is in need of an evolution. But although I try to live life according to my own rules it stills hurts a bit that society, my parents included, treat me as though I’m ignorant for trying to follow my artistic dreams.

An ambitious goal should not be required to be accompanied by a series of safety nets; if anything, those safety nets just ensure that the particular goal will certainly not be met. For example, George Lucas ever have achieved the levels of success he did with Star Wars if he hadn’t been willing to spend several months in the Tunisian desert. Had the film been shot in a studio with green screen the entire feel of the film would’ve been different (look to the failure of the prequels for proof). Furthermore, this worldview that treats safety nets as imperative creates a culture of mediocrity. And while I am careful not to go so far as to say that these backup plans have no value in today’s world, I do think that they should be reserved for only extremely specific circumstances.

Perhaps what I’m trying to say is that we are all human and, regardless of any mental aptitude, we’ll never give our full potential into anything when it is not our only pursuit. Conversely, when we develop the courage to eliminate peripheral goals from our lives, we enable ourselves to start living for the goals that truly drive us, the goals that allow for the potential in every one of us to have a measurable change on the world. And if we can join hands in creating a culture that embraces this kind of thinking, then we will begin to facilitate a world of radical innovation and progress, something we should all be pushing for.