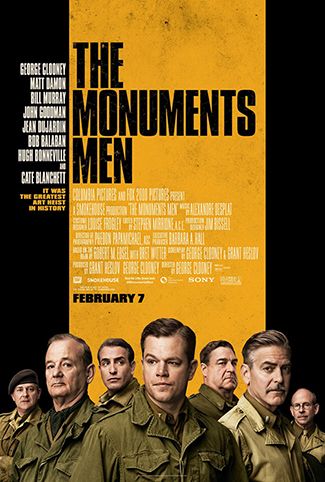 World War II remains a fascinating subject despite having been thoroughly examined in books, movies, television and video games. There are still many aspects about this massive yet terrible conflict that are worth examining. “The Monuments Men” tries but fails to do an adequate job in examining certain aspects.

Directed, written and produced by George Clooney and co-written by Grant Heslov, this war film tells the true story of a select group of art scholars sent into Germany as World War II ends. Their mission was to prevent the destruction of sculptures, paintings and other priceless art pieces stolen by the Nazis.

The premise for this World War II film is genuinely interesting and asks a big question: Is saving culture more important than human life in war?

Given all these elements it seems like the film should be a good one. However, the final product speaks otherwise.

Aside from excellent period set design — which is helped by shooting the film on location in Germany and England — the premise and several individual scenes, the film is let down by an average quality script and slack editing.

Much of the tensions that World War II’s end entailed are downplayed, which kills the urgency and drive behind the characters’ quest to save the imperiled art pieces.

Not only does this make the movie feel longer than it should be, but it is exacerbated by a lack of cohesion between scenes. In addition, there is little character development, which prevents the audience from caring about them when they are in danger.

Aside from the roles played by Goodman, Dujardan, Blanchett and Murray, the rest seem one-dimensional. This is very disappointing, as the actors have shown they can play great characters in previous films. Bonneville’s character gets the best character arc in the entire film, but even he is underused. This is especially highlighted by the fact that the characters are not together for large sections of the film. Compounding these problems is the uneven tone, which alternates between comedy and drama and makes the overall story feel shallow.

Originally, Clooney meant to release the film in the winter season of 2013 to be in contention for the Oscars. However, according to an article on www.thewrap.com dated Oct. 23, 2013, he moved the release date to February of this year due to post-production problems regarding the film’s tone.

I will not spoil the best parts of the film, which are few and far between, but I will say that one of them involves Clooney and a captured SS officer, and another involves Murray and another officer.

At worst, it’s 2 stars out of 5. At best, it’s 2.5 stars of out 5. “The Monuments Men” is an ambitious film that attempts to tackle big ideas, but cannot support its own weight. 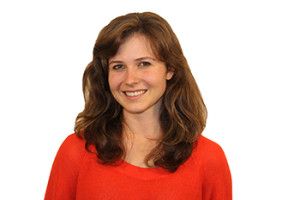 We’ve all heard about #PepperdineProblems, but what are the real issues we face as college students? The main struggles...
Copyright 2013 Jupiter Premium Magazine Theme
Back to top