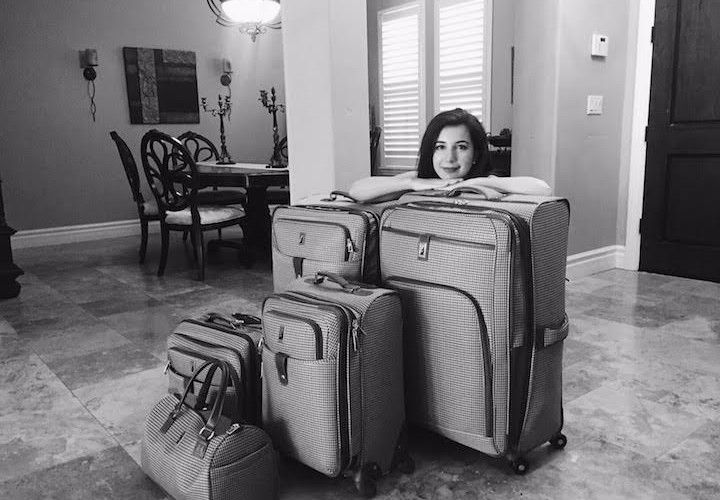 You know that girl at the airport who brought 4 suitcases when IP suggested to only bring two including a carry on? Yes, I’m that person.

My name is Kristin Vartan and I’m a fashion fanatic. They say the first step to conquering any addiction is acceptance, but here’s the funny part: I am not planning on decreasing my love for clothes anytime soon. In fact, being a part of the London International Program only feeds my outfit obsession all the more. I mean, London is one of the fashion capitals of the world. What better venue to showcase my style?

For this very reason, I had a lot of trouble packing for abroad.

I tried to be a light packer. No, really I did. In fact, I wrestled with my parents when they told me, “Kristin you need to buy another suitcase—and another one—to take all of the clothes you want to.” There was no way I would cave in to old habits.

Historically, I’m known to over-pack. I was the girl who brought a large suitcase and bag to a three-day church camp. I was the Pepperdine student who brought and bought so much stuff in college that her parents were required to rent a U-Haul to haul everything back home. “Not this time around,” I assured myself, “You are going to consolidate like you’ve never consolidated before!”

While I made a point of only bringing “essential” items, my consolidation efforts were in vain. Forget dying hard, old packing habits tend to be immortal.

Those two off the shoulder tops I brought? “Well I could probably not wear them in the ice chest that is London, but we have an EFT coming up in a couple of weeks,” I told myself, “My orange culottes? They’re not practical, but they are currently so on trend right now,” and, “Who can really only bring three pairs of shoes for an entire year? What was the IP office thinking? I mean, I know minimalistic fashion is a thing in Europe, but that doesn’t mean a lack thereof.” In the end, I’d left half of my closet at home. No, seriously, I did.

However, I still had a plethora of clothing. My family and I tried anything and everything to make the lot fit. Trust me, I can probably write a novel on the many ways to pack a suitcase and it will be so incredibly lengthy that an abridged version would be necessary. We packed and repacked many times, rolled my clothes, space bagged them…you name it we attempted it.

To no avail, two suitcases turned to four—at full capacity; I’m talking fifty pounds with some a couple ounces over. My suitcases were swimming in endless tops, bottoms, jackets, dresses, jewelry, etc. All that was running through my head as I zipped up my last suitcase was, “Oh no, I’m going to be that girl.”

“You know, the one that has more suitcases than everyone else, the one that will probably get trademarked by it! ‘Oh yeah Kristin? She’s the girl that brought, like fifty suitcases abroad.’”

So how did I react to this worry? I embraced it. At one point, I didn’t even care who thought what of me. I love fashion. It is a large part of who I am. Putting together outfits is my thing. As, I want to be a fashion magazine editor some day, I honestly don’t mind being known as the, “Lady with Lots of Luggage.”

Here are my words of wisdom for future study abroad students: You do you. If you want to bring more than one suitcase, go for it. Sure it’ll seem odd to some. Sure there will be people that will assume you’re high maintenance. It doesn’t mean you are. Or, even if you are, who cares?

Once I embraced my load, it became pretty light. Yes, I did get teased for it, but also applauded. My friends laughed at me, but I with them. Plus, the teasing was in a “look at Kristin being super endearing,” kind of way, as well as “well she is a ‘Fashionista,’ so naturally we couldn’t expect anything less.”

I also received compliments like, “You are a hero/queen,” “I freaking love you,” and “I’m glad I’m not the only one who brought a lot of stuff.” Within seconds, I recognized that my tragedy became more of a legend. Proudly, I will go down in history as London IP’s Leading Lady With Lots of Luggage. I challenge you to rival my title, future IP goers.

Words of Worth, Words of Wisdom 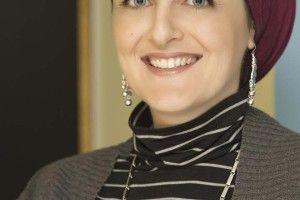