The Importance of Human Interaction 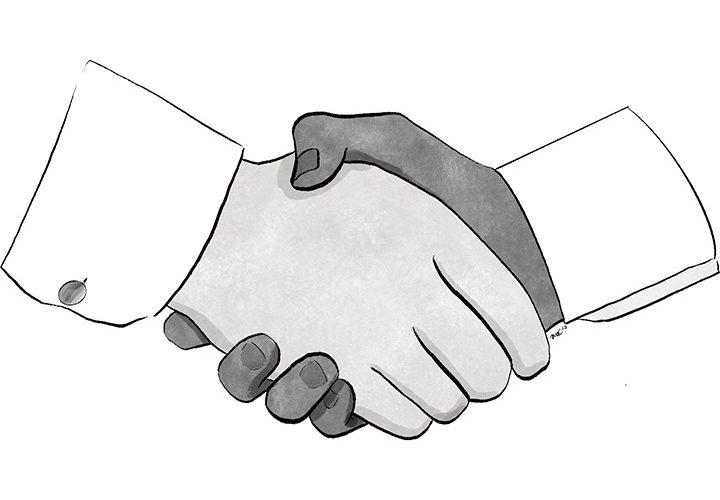 Whether a smile in passing, an endearing touch, an open ear or a lingering conversation, shared moments bring vibrancy to life.

No matter one’s love language, Enneagram, or place on the introvert/extrovert scale, human interaction is a necessity for all. The desire for connection lies at the heart of each and every individual.

“Looking from a Christian perspective we see that humans are inherently relational creatures,” Relationship IQ Director Kelly Haer said. “We image God — God is a relational God — in the Trinity — the Father, Son and Holy Spirit — and as we image Him, we are relational creatures deeply designed to connect with other people.”

While each person requires a different level of human interaction, the need for connection is inherent.

Senior Nick Donahue said he believes relationships are the most important thing in life and suggested people have a meaningful conversation with someone for at least an hour a day, whether it’s with an old friend or someone new.

“People need to be able to talk to someone, see someone … to see that you’re not alone,” Donahue said. “We are inherently very social beings.”

Human interaction has the ability to affect one’s health in both positive and negative ways, sociology researchers at the University of Texas at Austin found.

Physical touch from significant others has the potential to improve one’s health, Tiffany Field, director of the Touch Research Institute at the University of Miami’s Miller School of Medicine, found in a study. People with healthy emotional support systems have a lesser chance of dying from heart disease, since high blood pressure remains a main factor in cardiovascular disease.

Similarly, psychiatrists showed how partner touch correlates with a decrease in cardiovascular reactivity to stress, in a collaborative research effort published in “Behavior Medicine.” Oxytocin levels increase when holding hands or receiving a hug and the stress hormone cortisol goes down. NPR called Oxytocin the “cuddle hormone.”

“I think that’s an important part of human interaction — feeling that warmth and touch from someone,” senior Claire Duval said. “Being in the actual presence of other people — that’s what’s powerful.”

Human interaction is not only physically beneficial, but also imperative for mental health. Loneliness and social isolation are twice as harmful as obesity to physical and mental health, Julianne Holt-Lunstad, a psychology and neuroscience professor at Brigham Young University, found in a study she co-authored.

As a result of the coronavirus pandemic, a much higher percentage of human interaction occurs online.

“Technology can offer a very anemic connection,” Haer said. “Technology can be the junk food of communication where we’re just exchanging tiny bits of information over text and we’re really missing out on accessing our full relationship capacity.”

With this in mind, Haer suggested people use social media as a springboard to foster deeper connections with others, rather than settling for a cheap substitute of true, life-giving human interaction. She further encouraged everyone to get outside of themselves by calling friends to hear more about them rather than for the purpose of sharing more about themselves.

Lending an open ear and touch to those who are in need of human interaction not only considers the well-being of others but promotes personal physical, emotional and mental well-being.

Key Pearson Takes a Step Back

Letter From the Editor | Currents Fall 2020 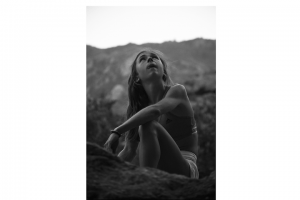 Key Pearson Takes a Step Back