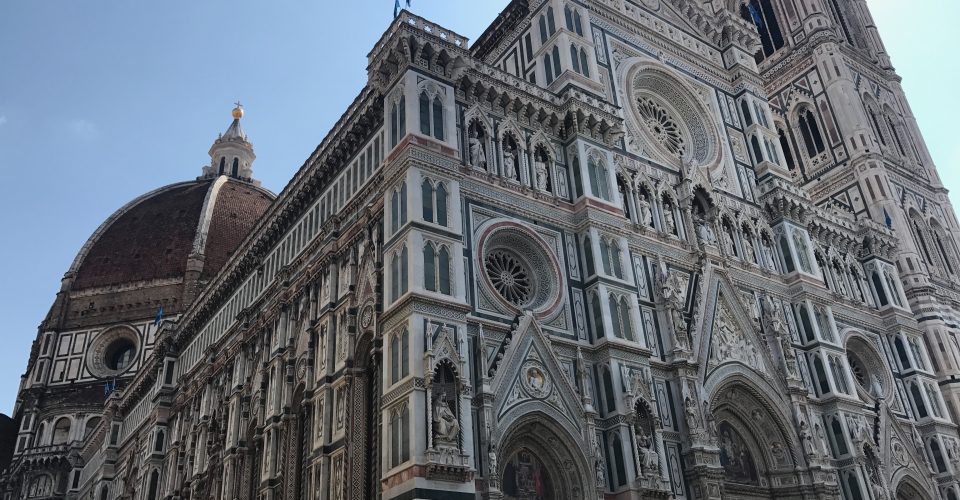 Oct. 19, 2018, Alaina Housley learned she had been accepted to spend her sophomore year in Florence, Italy. It had been her dream ever since coming to Pepperdine.

Nov. 7, 2018, this dream was cut short when Alaina was killed suddenly at the Borderline Shooting. While she may be gone, Alaina’s presence continues to be an important piece of the Florence community, Florence Program Director Elizabeth Whatley said.

“Even though we have 53 students this year, I keep saying 54 because, in my mind, she’s our 54th student,” Whatley said. “My first convocation … I said this year is dedicated to her and that even though she’s not physically with us this year, she’s with us in spirit.”

This commemoration began shortly after the shooting and Woolsey Fire in November 2018, Whatley said. When the students learned of the tragedies, they wanted to honor Alaina on the Florence campus through the dedication of a cypress tree, which represents eternal life, on both Florence and Malibu campuses.

As a result, the Malibu campus will be dedicating an olive tree — because Malibu’s climate isn’t conducive to cypress trees — to Alaina on Nov. 7 by the Thornton Administrative Center.

With the Borderline Shooting and Woolsey Fire having directly impacted several students in the Florence program, Whatley said she left memorial planning open for the students to organize.

“It’s all student-led,” Whatley said. “I’ve just provided a time where every student could come together.”

Two of these students, sophomores Jordyn Regier and Zoe Walsh, planned the memorial events along with three other students. One year after Alaina’s death, Nov. 7, the two women will speak at a memorial service.

“We really want this program to feel like they know her because she would have been known by this house,” Walsh said. “The way I’m trying to achieve that is by talking about who she was in more concrete ways. We’re just really trying to focus this on letting everyone access their grief.”

The memorial is meant as a time for the community to grieve and express their emotions, regardless of their connection to the events of last November, Walsh said.

“I’m also going to talk about that and talk about how they have a right to their emotions,” Walsh said. “I know it was really hard for people on the outside of the tragedy to really grieve, to give themselves permission to grieve because they were indirectly connected. So I want to encourage the house to recognize this isn’t just like a me and Jordan thing … It’s the house’s day.”

Walsh said students will also have time to write letters to Alaina’s family.

“They’ve expressed how much they want to be involved with the students here and involved with the Florence program,” Walsh said. “I think it’s one way that they really keep in contact with their daughter’s memory. So I want to reciprocate that and bring the Florence program to them and give [students] a chance to reach out and show them support in what has to be a really hard time.”

Students will also be able to meet in smaller groups to share experiences and reflect on Alaina, Walsh added.

“We’ve just been trying to let everyone’s voices come through,” Regier said. “We want everyone to be able to talk about their feelings about everything and … how they’re feeling now.”

Walsh said she will be placing a Giving Key necklace on the Florence campus’ cypress tree for Alaina’s mother, in addition to a planned plaque written in Italian.

The community will also be placing envelopes out for each student, in which students can place notes of affirmation for one another, Walsh said. The idea for this came from Walsh’s desire to humanize who Alaina was — to emphasize where Alaina was as a freshman undergraduate student two months into college.

“She was in a very uncertain mindset, in a very uncertain environment, and she was insecure,” Walsh said. “You could see it in the way that she would ask us for her approval on her outfits before leaving … [or] consult us on every decision. She didn’t like to walk alone.”

This project is meant to support others who may be in a similar place Alaina was in, Walsh said.

“What she really needed in that time was affirmation — someone telling her that it’s going to be OK and that she’s worthwhile of love and belonging,” Walsh said. “She was just starting to figure that out — that she is allowed to be authentic and loved — when she was taken from us. I’m encouraging the house to give to each other what I wish I could have given more to her.”

Whatley said the students will also make quilt squares to contribute to “The Hope Forward Quilt of Care” made on Malibu campus Nov. 8.

Walsh’s connection to Alaina has directly affected her experience abroad, she said.

“Going into Florence with Alaina’s memory defined my experience,” Walsh said. “It brought up new grief.”

But it also forced her to take charge, she said.

“It also made me step into this role that I hadn’t stepped into before,” Walsh said. “I kind of let my suitemates handle most of it last year, where I realized that I was one of the only people who knew Alaina and I began to be more active in carrying out her memory.”

Part of this role, she said, is keeping Alaina’s family connected to the Florence program through updates and other messages.

“Whereas their daughter would have been their link to this program, I’m kind of serving as that surrogate that obviously can never measure up to the original [person] they were intending to be interacting with here,” Walsh said. “I’m constantly looking out for connections or pieces of Alaina’s memory that I can then … relay to her parents. It’s shifted my perspective and how I filter the world.”

Memorializing November’s events thousands of miles from Malibu can be a challenge, Regier said. Living in DeBell her freshman year meant she was constantly surrounded by women closely touched by Borderline and the loss of Alaina.

“There’s a learning curve of having new people [in Florence] and not being with the people who were there with me that night,” Regier said. “But I also think that we are a very close house [in Florence] and everyone in the program wants to get to know each person on a deeper level.”

Walsh said despite the challenges of being away from her friends and suitemates from last year, the change of scenery has been good for her.

“When I was on campus grieving, my main support system was my suite and it was really hard because I felt like that the pressure to grieve a certain way because we were so often lumped together as a unit,” Walsh said.

With everyone grieving the same loss, it was challenging knowing how much to lean on one another, she added. At Florence, she has gotten to hear others’ perspectives and express her grief in her own way.

Being in a smaller community abroad also means she and other students in Florence have more control over how they choose to commemorate Nov. 7, she added.

“There aren’t as many voices battling for attention,” Walsh said. “We’re able to go in the direction that we think is best for this specific program without having a whole bunch of conflicting interests, being able to grieve the way that works best for us and then having people to rely on that have different experiences, who may be a little stronger than I am on that day or leading up to it.”

Regier agreed that the exposure to new perspectives is helpful.

“It’s definitely interesting hearing other people’s perspectives because even though there isn’t anyone else in Florence who was at Borderline, people still have connections to it and people are willing to talk to me about it and help me talk through it or remember in my own way how it was for me,” Regier said.

Whatley said she thinks the students have found a supportive community abroad.

“I think here they are feeling empowered and embraced and I think that they feel that they’re listened to,” Whatley said. “I feel like we’re in a striving mode right now that is very positive.”

People need to be honest about their emotions and experiences as they process trauma, Regier and Walsh said.

“First and foremost, people should own their own experiences for what they are­ — don’t make it any more, don’t make it any less,” Walsh said. “It’s really easy to either exaggerate the little connections you had [to trauma] or repress them, and I don’t think either of those are very healthy for individuals or the community.”

It also means they must be honest about who Alaina was, Walsh added.

“I feel like a lot of the rhetoric surrounding that loss last year was talking about how she was this light and she was an angel and she lit up every room she walked into,” Walsh said. “And she was amazing and bright and wonderful — but those aren’t real ideas and they’re often used to describe almost anyone who dies young.”

Grieving Alaina means remembering her and all of her intricacies, Walsh said.

“Focus on what made Alaina Alaina,” Walsh said. “Get to know those details of her life and grieve that. Don’t grieve this broad general martyr Alaina was made into. It reduces the person that we actually lost into less than a person. What we really want to do on this anniversary is talk about her and talk about what genuinely happened and what we genuinely lost.”

Regier reiterated the importance of looking beyond the surface level of what happened at Borderline.

“It’s really easy to think of tragedies as news headline[s], but not actually remember the individual stories,” Regier said. “I would encourage people to … reflect and remember the victims of Borderline, not as names or statistics, but as real living people with families and personality traits and annoying qualities about them and good qualities about them.”

Walsh mentioned the importance of spreading kindness for others, a central value of Alaina’s Voice.

“Make it a day where you can do something emotionally productive and you can be there,” Walsh said. “I think people sometimes get nervous to ask because they don’t want to cross boundaries, but there’s no harm in just offering to listen to someone.” 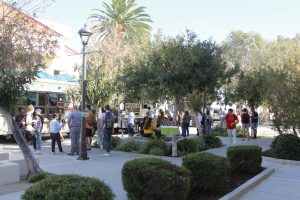