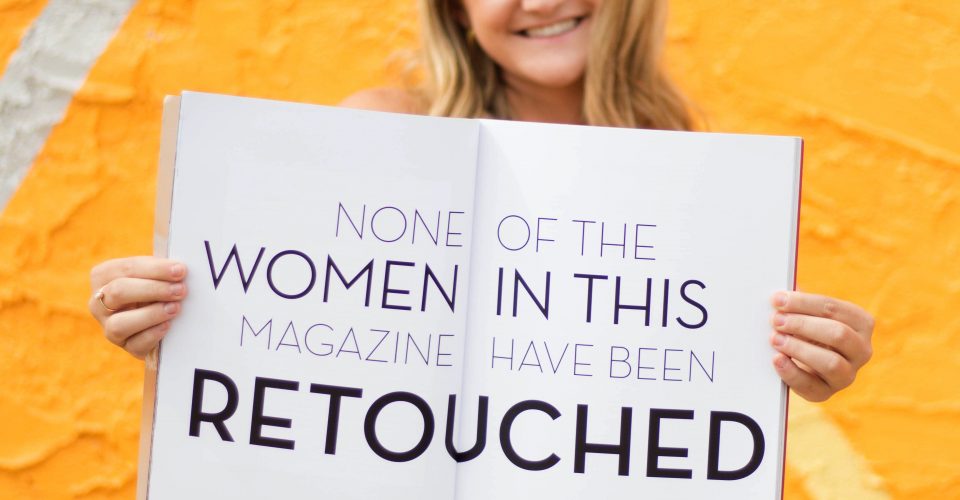 “We don’t Photoshop or alter women’s bodies in our magazine just to kind of create something a woman can open up and feel like ‘OK, I am known. I am seen,’” Darling’s Director of Digital Content, Nicole (Ziza) Bauer said. ‘“This isn’t aspirational in an unhealthy way, but encouraging and inspirational for the life that I actually want to lead, That’s unique to me and empowering to me.’” In every issue of Darling magazine you can find the words, “None of the women in this magazine have been retouched.”

Since its launch in 2009, Darling has gained quite a cult following, with 286,000 followers on Instagram. The publication has caught the attention of girlboss celebrities in the likes of Lauren Conrad, Arianna Huffington and Jennifer Morrison who have been featured in the magazine. The publication has also earned its spot in stores like Anthropologie.

Darling began as a blog a year prior to the launch of its print publication through a Kickstarter campaign, although it always was meant to become a print magazine, Bauer said. Although Bauer has been the Director of Digital Content for three-and-a-half years, her involvement with Darling predates its genesis, she and the magazine’s founder/Editor-in-Chief, Sarah Dubbeldam have been good friends for years.

“[Sarah] had a group of girls that would meet and bounce ideas off each other for the magazine,” Bauer said, “We had gone to the same church in LA [Reality LA] and just have the same group of friends. So one thing led to another, birds of a feather, we flocked together,” she laughed.

Bauer said Darling’s growth from a blog with the intent of going print into an online and print publication has been incredible to watch, “It’s grown from the magazines being shipped out of Sarah’s house and all the editors kind of jumping in line unfolding tables to packing all the magazines and shipping them out to now having an intern program.” She says the “sky’s the limit with seeing how much an idea can grow.”

Darling Contributor and Pepperdine alumna (’08), Rachel Brown said she believes that Darling’s artful aesthetic as opposed to being a monthly “glossy magazine” was one large contributor to their success as a publication.

“I think that by creating something more along the lines of a keepsake that has really rich writing and interesting content was the right way for them to go,” Brown said. “You’re leaving it on your coffee table and so just from an aesthetic value, I think they went the right way.”

Brown began writing for Darling in 2011 after one of her college roommates, Natalie Borton (’08), former Director of Digital Content at Darling (2012-2013), told her about it, Brown said. Besides being a blog contributor, she has been the development director of the Touch of Life Foundation since January 2009 and is the co-host of the Wonderfully Made Foundation.

Another attributor to Darling’s success is its dedication to discussing “real issues about real people,” Bauer said.

“With a tagline that is ‘the art of being a woman,’ that can encompass so many different things and so many different perspectives, so we really try to create as neutral place as we can while still saying, ‘we believe a woman should exemplify those qualities of tenderness but strength, compassion but conviction so trying as best as we can to present both sides of an issue, to be more of question askers versus question answerers, to get the question out there and get people talking amongst each other about it,” Bauer said.

Bauer said Darling aims to be an objective organization that looks at issues from all sides, such as the feminist movement. The publication covered two ends of the spectrum: The Women’s Marches in Los Angeles and Washington DC and the March for Life.

“It’s incredible to watch how that can just topple an industry or rise it up, so we always try to be very conscientious of how can we just start that conversation and come from a place of finding solutions instead of continuing to tear down or continuing to draw sides. It kind of depends on what the market and our readers want as well and how they respond to that,” Bauer said.

The magazine also donates money from their print revenue to the International Justice Mission’s anti-trafficking efforts in the Dominican Republic. The organization helps with the rescue, rehabilitation, and restoration for children and families who are victims and justice for perpetrators, Bauer said.

“We purposefully picked one organization that we feel we align with, that is actually going in and tangibly doing work,” Bauer said.

As a quarterly magazine with a distinctive mission statement, Bauer said she recognizes that Darling’s growth is a gradual process. This will not stop them from “world domination,” she said. Darling seeks to go above and beyond in interactive/engaging video, online, print, and even in person content, as they host “Creative Retreats” for their readers. Their most recent one was their March retreat in Nashville.

“There has been a heart to Darling that our readers know we care about. They know we care about our mission and we’ll change things and move and evolve as a business needs to but I think it’s being in it for the long haul and continuing to do the work, even if it’s slower and celebrating the success of other brands,” Bauer said. 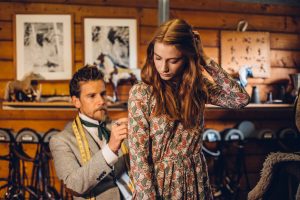