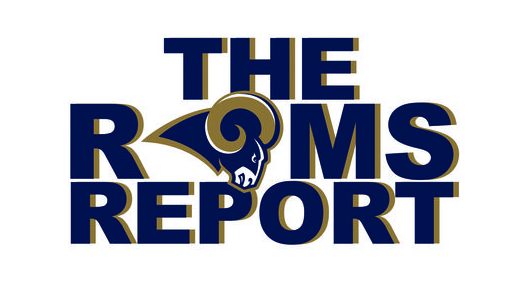 Well, that was painful, wasn’t it?

After this dismal 4-12 season, which includes a seven-game skid to close out the year, Rams fans have to be disappointed, which reflects in the tepid TV ratings. Of course, the front office was obviously disappointed too, leading to the firing of Jeff Fisher and the hiring of one of the NFL’s youngest head coaches in history. Sure, this squad wasn’t expected to be world-beaters, and one could argue they were tanking a bit to grab some weapons for their new captain, rookie QB Jared Goff.

But, of course, tanking only works if you don’t trade away your first-round selection.

The Rams’ fifth pick is actually the property of the quickly-improving Tennessee Titans. In fact, they don’t have a first-round pick in the 2017 NFL Draft at all! So, the tanking argument is null and void.

Sure, GM Les Snead might be able to work some magic with those later-round picks, but he’s really only had success with defensive studs like DTs Alec Ogletree and Aaron Donald. It’s too early to call on their first-overall pick from 2016, Goff, since he had zero help from his supporting cast, but their second-overall pick from 2014, offensive tackle Greg Robinson, is already looking like a bit of a bust. Don’t have too high of expectations when it comes to fixing their anemic offense through the draft.

However, while it might be too soon to worry about Goff, it’s just about time to start freaking out about running back Todd Gurley.

What happened to him? He went from Offensive Rookie of the Year to falling off everyone’s radar. The stats speak for themselves: Regressing dramatically in rushing yards per carry and touchdowns, despite having more attempts, is a clear warning. Granted, part of the blame lies on Los Angeles’ dismal O-Line, but I can think of one running back who had an equally bad (or worse) line most years, and still managed to become a star.

Sure, it’s a bit unfair to compare a second-year back on a struggling squad to Mr. Beast Mode himself, but when you’ve been named to the Pro Bowl as a rookie, like Gurley has, the expectations are going to be high. Maybe he should’ve eaten at Applebee’s more often (it is my earthly duty to link this video in to every article I can).

This season was so dour that even Jeff Fisher, the symbol of mediocrity being rewarded, got canned. Eric Dickerson clearly has some sway. So, that’s great and all, but who’s the replacement? Meet Sean McVay, the 30-year-old former offensive coordinator for Washington. According to ESPN Stats and Information, he’ll be the youngest NFL head coach since FDR was president.

Putting aside the fact that his youth (and basic-bro spiky hair) make him look like a second-tier country singer, this could be a nice change-of-pace for this desperate franchise. Under his tutelage, Kirk Cousins became halfway decent, and his grandfather, John McVay, helped create the 1980s 49er dynasty as their GM, so at least he’s got football in his blood.

On the flipside, he’s only 30. He’s young enough to have grown up with Arthur. Tom Brady is almost ten years older than he is. I’m only eight years younger. This is likely going to have an extreme result one way or the other: Either McVay’s young, hip attitude will really speak to the kids, man, or he’ll have no idea what he’s doing because he’s a baby in coaching years. It’s a crap shoot, but at least it should be entertaining to witness for the fans!

Oh, and about the “fans:” there aren’t too many watching in LA. According to RamsWire, Rams games were frequently beat out on TV by other games, particularly the Seahawks, Panthers, and Raiders. The Raiders make sense, seeing as they used to play in Los Angeles, but the Hawks and Panthers have no ties to Southern California (other than Pete Carroll, I guess). We should probably wait a few years to pass judgement, but this can’t be a good sign for the Rams organization, who are planning to erect a massive arena in Inglewood in the next couple years.

I’m not from LA, but I’ve noticed this: Angelenos expect winners. They’ve been conditioned to watching championship teams, thanks to the Lakers, USC football, UCLA basketball, and even the Kings in recent years. The Dodgers, despite not winning the World Series since 1988, are iconic, so they get a pass.

So when the Rams came sauntering in and decided to bathe in their own filth, many locals who might have adopted another football team in the 20-year absence, took a hard pass on watching Case Keenum flop around every Sunday. If they can markedly improve on the field, those ratings will probably rise with their record. Until then, owner Stan Kroenke is going to be kept up at nights wondering whether moving the team was a smart idea.

Still, there’s one bright beacon of hope for Rams fans, all four of you: At least you’re not the most embarrassing NFL team in your own city anymore. 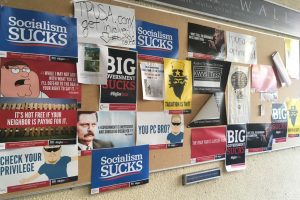 Photos by Rachal Marquez & Brett Bean Editor's Note: "From our feed" is a new feature through which developing stories...
Copyright 2013 Jupiter Premium Magazine Theme
Back to top