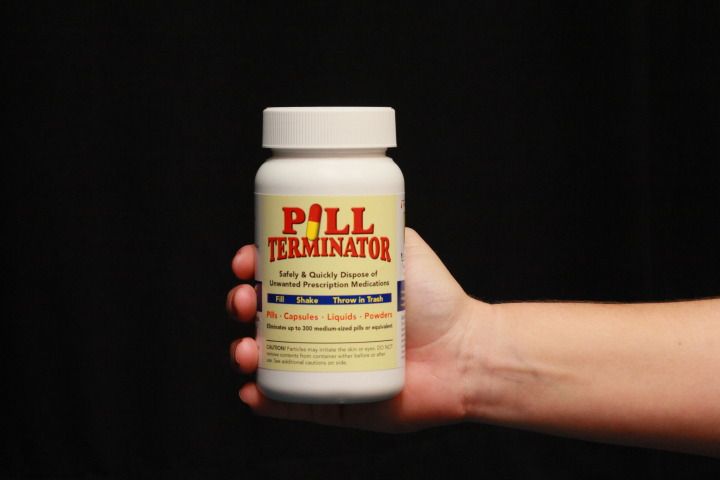 Abuse, water pollution and death. That’s what unused and expired prescription drugs sitting in the medicine cabinets of millions across the United States cause when not disposed of properly.

Enter the Pill Terminator — here to save the lives of those it touches. An internationally renowned chemist in the United Kingdom, David Best, came up with the chemistry for it, and it was turned into a consumer product for millions of prescription drug users by company owner Mosche Doman.

The Pill Terminator allows the user to “safely and quickly dispose of expired and unwanted prescription medications.” All you have to do is fill it with drugs (prescription or recreational), add warm water, shake it up and toss it in the trash. Voila.

The Pill Terminator lives up to its name. Though the patent is still pending for this novel device, it “[exceeds] the guidelines of the FDA and EPA for disposal of unused medicine” according to the Bureau Veritas Consumer Product report for the Pill Terminator. It has been in use in the U.K. for seven years, according to Doman.

The United States currently has a population of 318 million people, according to the U.S. Census Bureau Population Clock. The Henry J. Kaiser Family Foundation reveals that approximately four billion prescriptions were filled in 2013. California had 425 million of those.

A Harvard Health Publications newsletter from June 2011 titled “Drugs in the water,” says there is increased pollution in water supplies from prescriptions drugs and other over-the-counter medications, which often get flushed. It also says that while “there’s really no evidence of pharmaceutical … products in the water harming people … studies are showing adverse effects on aquatic life.”

“Today all the damage that we’re doing to the water system will be paid for by our grandchildren in terms of higher taxes to clean up a mess that should never have been there to begin with,” Doman said. “Your grandchildren will inherit that problem medically and financially as well.”

But what are other alternatives to flushing prescriptions? The local pharmacy. This, however, is not an option because of liability issues. There are National Prescription Drug Take-Back Days, the next of which is Sept. 27, from 10 a.m. to 2 p.m., at various locations across the U.S. A plastic bag filled with cat litter or old coffee grounds can be used, however, plastic bags scan be punctured. Disposal options are limited, and this is why Doman feels the Pill Terminator is so necessary.

Doman explained that he tried to be a good citizen and properly dispose of his late mother’s prescriptions by taking them to the pharmacy. He was turned away. With children in the home and knowledge of what improper disposal does, he was faced with a dilemma.

“When I tied up with this gentleman [Best] from the U.K. who invented this thing [the Pill Terminator] I knew immediately what the situation was,” Doman said.

Drug abuse is a serious and growing problem in the U.S. The Foundation for a Drug-Free World states that “more than 15 million people [in the U.S.] abuse prescription drugs, more than the combined number who reported abusing cocaine, hallucinogens, inhalants and heroin.”

According to the Clinton Foundation, abuse of prescriptions such as Adderall and Ritalin are particularly common across college and university campuses. They are used as study drugs. “Between 1993 and 2005, the proportion of college students using prescription drugs went up dramatically … use of stimulants like Ritalin or Adderall increased by 93 percent.”

Do your part to stop prescription drug abuse, water pollution and death and invest in the Pill Terminator. All you have to do is go to Amazon.com or PillTerminator.com. 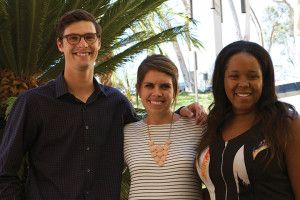