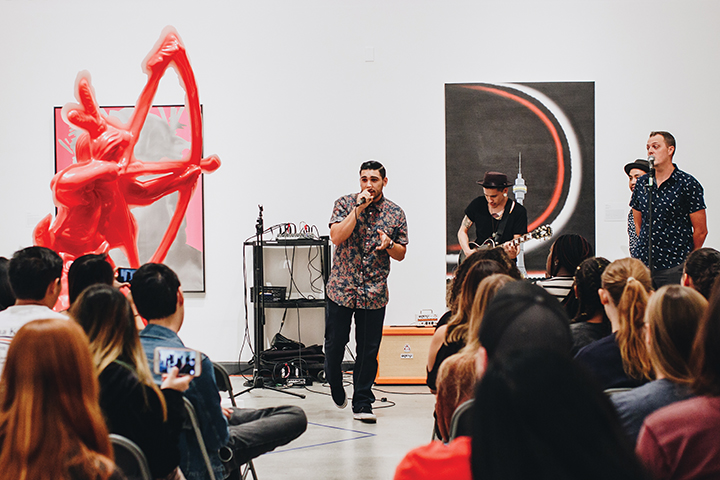 With Filipino American History Month coming to a close, Pepperdine’s Intercultural Affairs department led a convocation aimed at celebrating the Filipino culture. The “Tayo Nang Pumuri Let’s Worship” event was held in the Frederick R. Weisman Museum of Art at 6 p.m., on Oct 23. The event focused on the spoken word poetry of Brian “SuperB” Olivia.

Intercultural Affairs Assistant Director Danielle Harris introduced Olivia and described him as a writer and artist with a touch of R&B and soul. Additionally, he is the 2009 and 2010 Inland Empire Grand Slam Champion and was the coach of Azusa Pacific University’s first ever slam poetry team. He now works with the Ontario Montclair School district, according to Danielle Harris.

Accompanied by an electric guitarist and a vocalist, Olivia spoke and sang on many important topics, including the struggle of attempting to identify with a culture from which he felt isolated from. 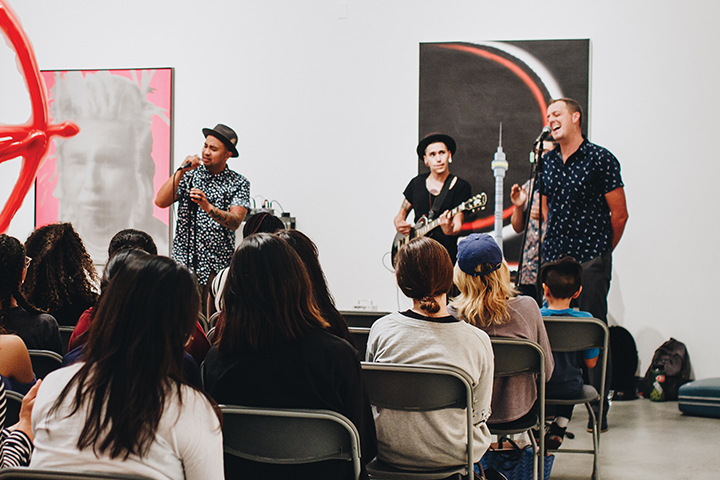 “I grew up in West Los Angeles and there were not many Filipinos,” Olivia said. “My parents were first-generation and they wanted me to live in America without becoming American … In the Filipino community, I couldn’t speak the language, just understand it. I couldn’t cook the food, I could just eat it.”

“It was very relatable for someone who grew up in America as a Filipino,” Ott said. “My friend is also from a Filipino family, and just like Olivia said, she doesn’t know a lot of the language, because Filipinos are so focused on Americanizing ourselves.”

Olivia also spoke on the difficulties of navigating a community that consisted of mostly Hispanic and African American people, and the racist comments he often endured. Olivia said his Christianity and ability to worship through spoken word poetry and music was important to him.

Many students attended the event, including junior Hayley Swedal. Swedal said she enjoyed the spoken word and music of the event.

“Learning about other cultures can not only be fun but beautiful,” Swedal said. “They had beautiful voices and the stories and meanings behind their performances was amazing.”

Olivia led Pepperdine students through exercises that encouraged fostering community. Olivia said that everyone he engages with are there “for a reason” and asked students to interact with someone they did not know at the event.

Olivia told the audience people need to be open to God in order to let Him work through them. He led the audience through a call-and-response song by asking, “Are you ready?,” and the audience replied, “I am ready.” 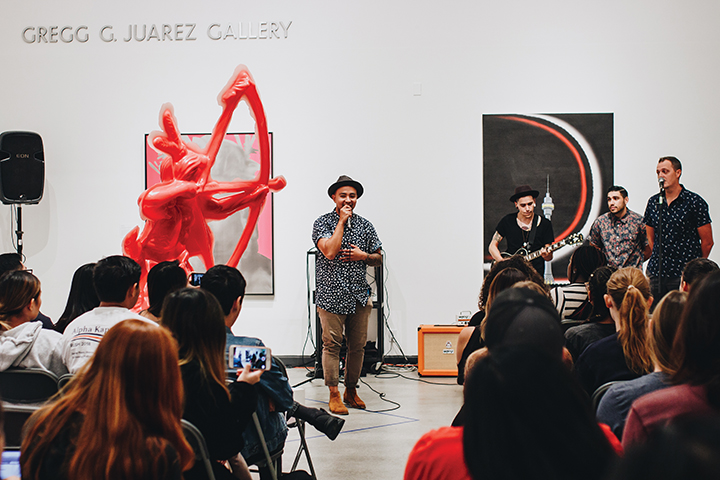 Another takeaway for students like Swedal was the ability to experience other cultures.

“I think it’s important to learn about other cultures because it helps you with a number of things in life,” Swedal said. “It helps you to understand where other people are coming from and why they do certain traditions. I think we get caught up in our own ways sometimes, and it’s hard to see that there’s other people who do things differently. It’s really important to know and remember that every culture is unique and beautiful in its own way.”