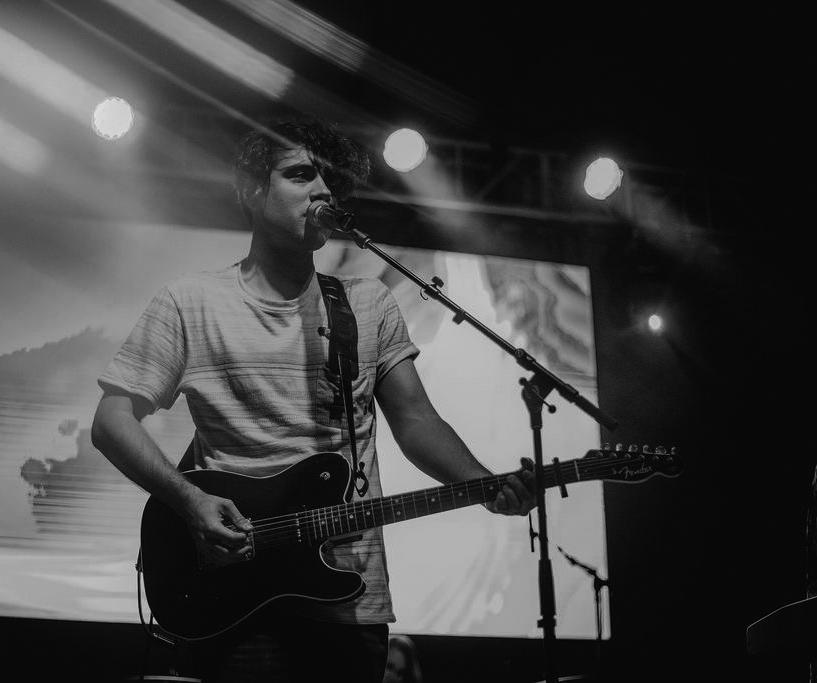 Taylor Begert, worship director of The Well, originally moved to Los Angeles to pursue singing and songwriting. Over time, he said his faith began to compliment his love for music.

“I love the Lord and I love music, and getting to participate in the interaction of that in a communal space is just — it’s just insane,” Begert said.

Begert said the biggest sign of his connection with God happened when he was performing a cover of the Coldplay song “Yellow.” Begert said he remembers staring out into the crowd and realizing that he was worshipping as he sang.

Now, combining music and worship has become both his occupation and vocation.

“I sat down one night, and I said, ‘God, I know that you told me to do music with my life,'” Begert said. “‘But I think I’m doing it the wrong way because there’s no really viable path to success right now.”

After a lot of prayer and deliberation, Begert stopped performing covers and began to pursue worship full-time.

“I ended up at Pepperdine because I had a part-time worship job and I was looking to fill the rest of my time with more worship ministry,” Begert said. “I got brought in to lead what was formerly a student-led worship night.”

Over time, the organization grew into Pepperdine’s “The Well,” a popular and highly attended weekly worship session.

“Music is kind of an infinite pursuit; there’s no such thing as arriving in music, and I believe God to be infinite,” Begert said. “I believe that you can never know everything there is to know about God, there’s never a relationship with God that is fully developed and has nowhere to go.”