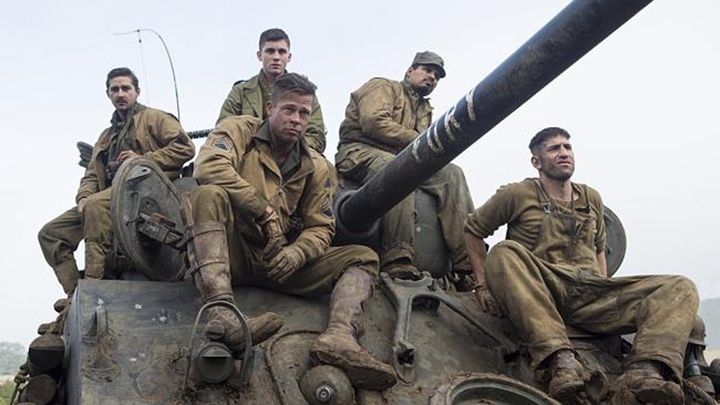 World War II, as a subject, has lent itself to a multitude of Hollywood films. Many of those films have covered such topics as operations behind enemy lines, naval battles, air combat and the most well- known engagements that have been recorded. However, little attention has been given to another significant element of the Second Great War — tank warfare. Aside from “Patton,” which focused more on the title character and his tactics, there has been no major Hollywood film dedicated to just tanks. This may change with the release of the newest World War II film “Fury.”

Directed, written and produced by David Ayer, who was responsible for such films as “Training Day,” “End of Watch” and the first “Fast and Furious” film, “Fury” is something you have to see to believe.

The story follows the remaining crew of a Sherman tank code-named Fury, played respectively by Brad Pitt, Shia LaBeouf, Michael Pena and John Berenthal. The war in Europe is ending, but the Americans still need to eliminate whatever pockets of resistance remain. At the film’s start, their second driver is killed in combat and replaced by a U.S. Army clerk typist, played by Logan Lerman. From there, the story focuses on the typist’s transformation when he encounters combat for the first time, as well as the psychological struggles of the individual crew members.

The first thing you will notice about the movie is the level of brutality. You see limbs being blown off, bullets shredding flesh, heads exploding and bodies being crushed into the ground by tank treads. It is that brutal. The more disturbing moments of brutality happen in scenes when you least expect it. All of this is amplified by the oppressive atmosphere and sharp sound editing, as well as the grimy, smoky landscape of war-torn Germany. Ayer transports his audience into a world where death is everywhere, and no one is safe.

Another reason the film is successful is the main characters themselves. On the surface, these soldiers will do what is necessary to get the job done with maximum efficiency. However, they are revealed to be broken men — people warped by vicious combat, who cannot integrate back into society when the fighting stops. This is all they know, and their tank is the only place they consider home.

The film, thankfully, does not takes sides and highlights the camaraderie developed among these men. Pitt, Pena and Lerman all give outstanding performances, but special mention goes to LaBeouf — who exceeds expectations and bypasses recent plagiarism controversies with his performance — and Berenthal, who takes what is an inherently extremely unlikable character and injects him with some unexpected humanity.

Bloody, dark and full of foreboding dread, “Fury” elevates the standard plot with its expert direction, performances and atmosphere. While caution is urged given the film’s graphic take on tank warfare, it’s still recommended that you go see this movie when you get the chance.

Get SMART about Recovery 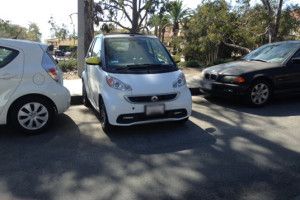 Photo Courtesy of Rick Carroll This parking job is not so much bad as it is "Smart." __________ Follow the Graphic...
Copyright 2013 Jupiter Premium Magazine Theme
Back to top