‘Taming of the Shrew’ Debuts in Smothers 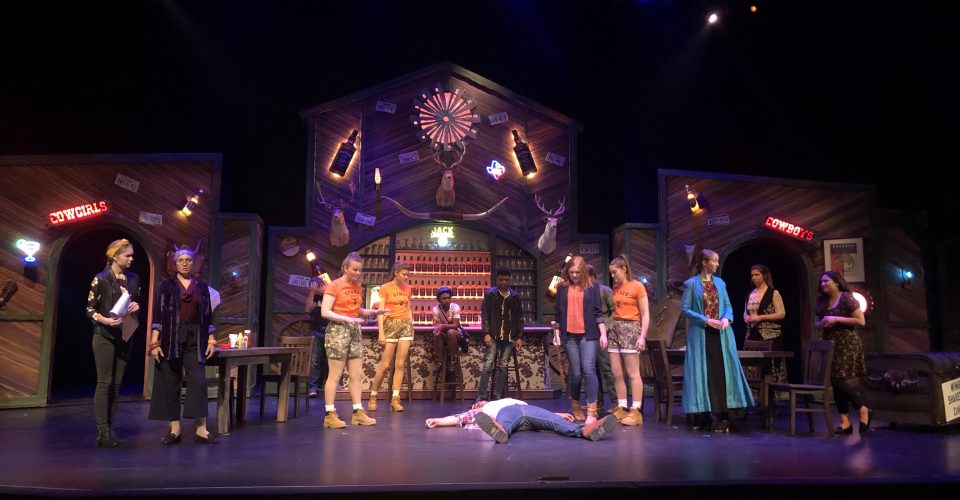 The Pepperdine Theatre Department puts a thought-provoking twist on William Shakespeare’s “The Taming of the Shrew,” opening Wednesday, April 3 and running until Saturday, April 5 at Smothers Theatre.

Scott Alan Smith, professor of Theater and director of the show, decided to swap the genders in this Shakespeare classic.

This version of the show differs from the original Shakespeare version, which would feature men playing both the male and female characters in the show.

“The gender-swapping directional decision helps amplify the performativity of gender roles,” said Tatum Shackleford, the dramaturge of this production.

See “Taming of the Shrew” at Pepperdine’s Smothers Theatre. It runs from April 3 until April 5.

Modern-day, traditional productions of “Taming of the Shrew” feature men playing male characters and women playing female characters. Now, many theaters are performing this show with swapped genders to encourage a conversation about gender.

“A friend of mine was doing it this way, and I was able to go see it with one of our former students playing the lead, Petruchio,” Smith said. “It just made perfect sense. It resonated in such a great way.”

This production usually portrays a struggle between the two main characters, Petruchio and Kate.

“The play done originally is about a woman being obedient to a man,” Smith said. “I just found that to be an irredeemable message.”

Shackleford said she believes that this gender-swapped version of the show will present a greater question of gender and its influence.

“Audiences are made uncomfortable by the scenes in which Petruchio appears to be taming Katherine by starving her, not letting her put on fresh clothes and by not letting her sleep,” Shackleford said.

Shackleford said she hopes to use this modern take on this show as a critique of gender.

“Swapping the gender reframes the narrative and draws the audience’s attention away from the perceived misogyny and redirects the conversation toward a fresher interpretation of what gender means,” Shackleford said.

Sophomore George Preston plays Kate, the shrew, and senior Christine Galyean plays opposite of him as Petruchio. The actors have to work on adapting to the use of stereotypes.

“It has truly been a time of open mindedness,” Preston said. “Specifically, [this is a time] of me uncovering stereotypes of both genders and dissecting the root to find a deeper truth, rather than me ignoring the obvious stereotypes.”

Assistant Professor of Theatre Hollace Starr is the Linklater Voice and Movement Coach who helps cast members with their portrayal of gender.

“Her specialty for this production is gender discussion and helping with physical and vocal placement,” Smith said. “We meet once a week with her to try to get people into their bodies in different ways.”

“I’ve found little subtleties that are so helpful through this process,” Preston said. “This is my favorite part so far.”

Preston said this gender swap not only allows actors to face new challenges in their capabilities but also provides both men and women opportunities for roles.

“When we gender swap, we break down barriers and allow everyone to become a contender for one main goal for each production,” Preston said. “That is, to find the life and breath of each character regardless of their anatomy.”

Pepperdine’s production features 12 women, which differs from the traditional way it was written.

“The Taming of the Shrew” often faces backlash in these turbulent times of gender politics. Many theaters have presented this play in various ways: gender-swapping, men playing all characters, completely female cast.

Preston said he believed this show is important to see because of its powerful message.

“People can see that these roles we’ve assigned didn’t form on their own but were taught by institutions and people in power,” Preston said.

Pepperdine is not the first company to produce this show using women as the dominant roles. The Royal Shakespeare Company has made this decision under the direction of Justin Audibert.

For more information about future Pepperdine Theatre Department productions, follow them at Social Media at @pepptheatre or check out their calendar. 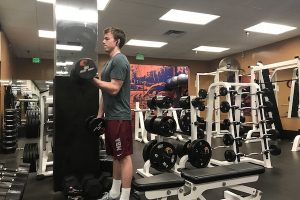