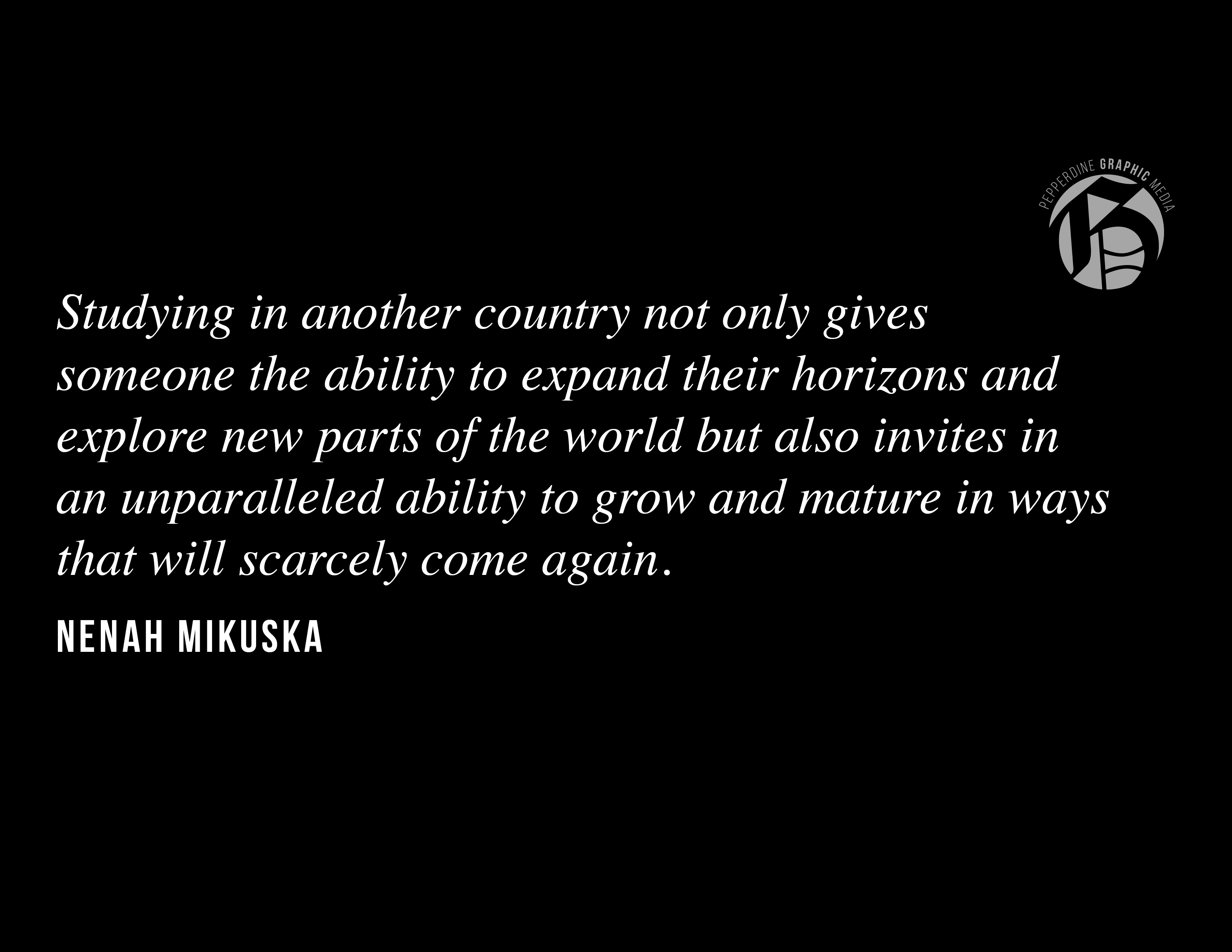 A common question for Pepperdine students and alumni is “Did you go abroad?” Going abroad is a significant part of Pepperdine’s culture. Studying in another country not only gives someone the ability to expand their horizons and explore new parts of the world but also invites in an unparalleled ability to grow and mature in ways that will scarcely come again. I highly encourage all Pepperdine students to go overseas, as they will find the time and financial burden will be well worth it in the future.

Pepperdine boasts the No. 1 study abroad program in the country, according to the university’s International Program’s website. Approximately 75 percent of Pepperdine students will study abroad during their time as a Wave, but FOMO (Fear Of Missing Out) isn’t the only reason why students — whether incoming or returning — should consider participating in the program.

Studying abroad teaches highly valuable skills in personal and professional lives, such as independence and confidence. “Living in another country, you learn to deal with a variety of people. You learn to listen, be proactive, be patient, assertive. All those are translatable skills,” according to Howard Wallack, in Jareen Imam’s article “Studying abroad could give you an edge in the job market,” published April 4, 2014 on CNN.com.

The big question is often cost. Many Pepperdine students may struggle with the initial and continuing costs of studying abroad. Generally, the expenses are said to be the same as tuition in Malibu, but without taking into account the added travel costs, visas and so on.

If finances are a challenge, research areas of funding. There are numerous scholarships available through both Pepperdine and third-party organizations, which can be found with a Google search or by visiting the financial aid office. Or, consider a semester or a summer session. These shorter trips still give students a wonderful abroad experience, but in a smaller time frame and lower cost. If one has the ability to take out a loan and pay it off later, they should do it — the knowledge and experience they will acquire will be well worth it in the end.

As someone who works part-time in addition to carrying a full course load to pay off abroad debt, I do not regret my decision to travel abroad at all. Making the sacrifice at the time was one of the best choices I could have made for myself.