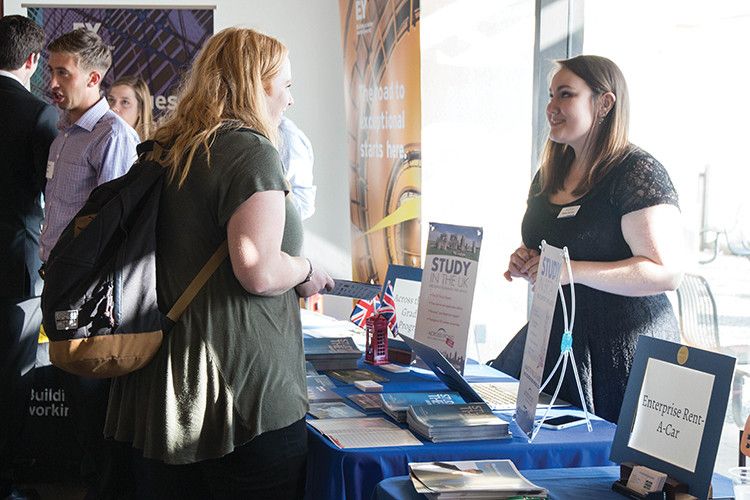 There will be six industry-focused Career Fairs this school year. Instead of two large Career Fairs like the Career Center has done in the past, this new approach is meant to personalize the experience for students, so that students talk to employers that fit their major or industry that they are interested in, said Maile Hetherington, marketing and events manager for the Pepperdine College Career Center.

The first of the six career fairs to be held this year was Sept. 12. The Meet the Firms Business Career Fair was tailored for Business Administration majors and those interested in working in finance, human resources and other jobs along those lines. Chipotle Mexican Grill, Panda Express, Target, Sunera and PennyMac were some of the 20 companies that were available for students.

In the past, the Career Center held a large Career Fair in October and another large fair in the spring. Hetherington said upcoming smaller Career Fairs for this fall and spring semester include government and public service, entertainment and media, STEM and healthcare, non-profit, NGO and ministry and a last chance Career Fair available for all employers and interested students. Career Fair times have been pushed to evening times, so they are more available for more students. A LinkedIn headshot booth is also set up at every fair.

Career Fairs are for students who want to meet with employers and recruiters in industries that they are interested in, Hetherington said.

Junior Eric Rogers was one of the students who attended the Career Fair. Rogers said he wanted to learn about the companies and what they had to offer.

“I learned that getting a good internship for next summer starts now, and I wanted to be ahead of the game,” Rogers said. “I wanted people to see my face and have a lot more options than I can find online.”

Rogers talked to Northwestern Mutual and Cornerstone Research. He said he was excited about giving out a couple copies of his resume and getting leads on internships he can apply for.

For senior Business Administration major Alana Hunter, graduation is coming up next semester. Hunter is looking to work in finance, marketing and jobs in related fields and is trying to figure out what career path she wants to explore.

“I wanted to learn more about different companies associated with my major because I’m still trying to figure out what I want to do,” Hunter said.

Internships and full-time jobs are available for students with Sunera within the consulting firm, IT auditors, financial auditors, data analytics and software engineers, Cook said. Sunera is selective as to what colleges they go to and they felt that Pepperdine was a good fit. Other colleges they attend include Clermont, UC Berkley and Florida State.

Chipotle Mexican Grill was also looking for Pepperdine students to work for their company. Jackson Shoaff-Bembry said the company is growing and a restaurant opens every two days, so the need for managers and other positions is growing. Shoaff-Bembry said he was excited to talk to students and to show them what opportunities Chipotle has to offer, some of which they may not know about.

Hetherington said she hopes to get students aware of the Career Fairs and that there are six opportunities for them to network and meet different employers.

“It’s a really good time to practice networking, handing out your resume, getting dressed in professional attire, all the things that come along with meeting employers so you can start thinking about your future,” Hetherington said.

Hetherington said she really believes that Pepperdine students have a lot to offer and that watching them talk to employers about what they have to offer is something that she loves.

“I love students getting out there and taking the initiative and seeing them really hold themselves to a high standard,” Hetherington said.

For the full list of Career Fairs, dates and times, visit seaver.pepperdine.edu/career-services/employers/fairsandevents.htm.

Freshman Ashley Lahey Finishes U.S. Open Juniors in Round of 16 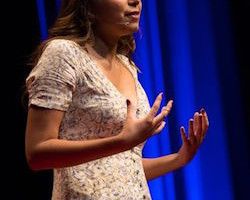 Photo courtesy of Isabella Ordaz Sophomore Isabella Ordaz took the stage at the TEDx event in Livermoore, California on June...
Copyright 2018 Pepperdine Graphic
Back to top