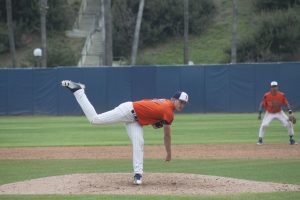 Photos by Joanna Cabalquinto The Waves are in full swing in their 2018 campaign. After rallying from a seven-run deficit against New Mexico to win 11-7 on Tuesday, March 13, Pepperdine traveled to Gonzaga, but dropped two out of the three games in Spokane between March 16 to 18. After the weekend series against Gonzaga, the Waves have an overall season record of 9-11 with … END_OF_DOCUMENT_TOKEN_TO_BE_REPLACED