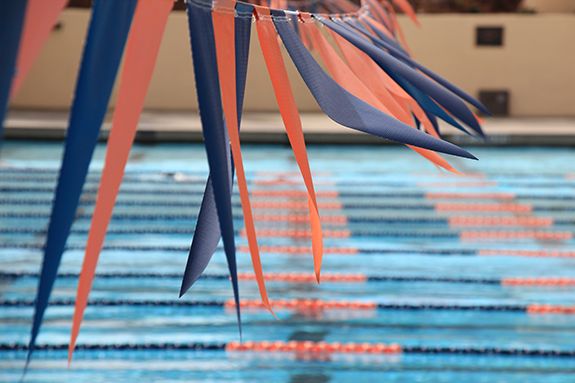 Collegiate swimming is unique amongst the various sports at Pepperdine for a number of reasons, but one stands out most: the timing and duration of their season. The women’s swimming and diving team, unlike many of the other sports at Pepperdine, started their season in October and held their final event this week. The 2014 Pacific Collegiate Swim and Dive Conference Championships are not the run-of-the-mill swim meet; the PCSC is the biggest event of the season and a culmination of the hard work of the various swim teams. The meet will be held at Splash! Regional Aquatic Centre in La Mirada, Calif. over the course of this weekend, from Feb. 12-15.

Placing in the top eight of an event will earn All-Conference status and is a goal for most of the swimmers and divers. Under the helm of Head Coach Nick Rodionoff, the Waves have finished top-five in the PCSC Championships 10 times and have earned 26 individual conference titles since 1998.

“We’ve had a very solid season overall, if we can keep momentum and do as well as we have in the preseason, we’ll do very well,” Rodionoff said.

According to Rodionoff, the tricky part about getting ready for PCSC, the culminating event of the season, is regaining the traction from last semester after the Christmas break, since it only gives them one month to prepare for the PCSC after coming back from the lengthy vacation. In swimming, “tapering” is an important concept which entails a balance between rest and conditioning that is employed in training for most endurance sports. Senior Ally Bernard describes their workout as phases where they gradually scale back on the intensity of practice to prepare the swimmers’ bodies to be in peak condition, then give the body enough of a resting period to build up to the big event.

“We’ve done a lot of strength work early on, and a lot of resistance work … [but] it’s very easy to get injured when getting ready in a short period of time,” Rodionoff said.

Already, the loss of some of the swimmers to injury has put the team out of their comfort zone and forced them to adapt to changes on the roster. Swimmers have had to join events they do not normally swim in in order to earn more points for the team.

“It’s a sacrificial thing, they’re carrying the team on their backs … putting the team’s benefit before their own,” Sophomore Jessica Mosbaugh said.

Mosbaugh enters as one of the favorites in the breaststroke events and is placed No. 2 in the 200m breaststroke right now, according to Sophomore Allison Naasz, who is also expected to do well in freestyle.

“We’ve had a good season, everyone’s worked really really hard and I’m praying everything goes well … we’ve been working the whole season for this one event,” said Naasz, who hopes to advance to the finals for all her events.

Representing the Waves as well is a strong pool of freshmen. Kristine Pataray is amongst the league’s best in the freestyle sprint events, and Emily Parks, Erin Himes and Kelly Presper are freshmen who have achieved some of the fastest times in the conference in various events. According to Mosbaugh, the medley relays are an event to look forward to with some of the team’s fastest representatives competing.

The meet kicked off on Wednesday and will last through Saturday.

“The hardest part is to get by the first day … it really sets the tone,” said Rodionoff. But most importantly, he hopes that the ladies will have fun with what they’re doing. It is a sentiment that Bernard, in her last year on the team, shares.

“It’s about mentally staying prepared and doing what we really know how to do and having fun with it,” Bernard said.