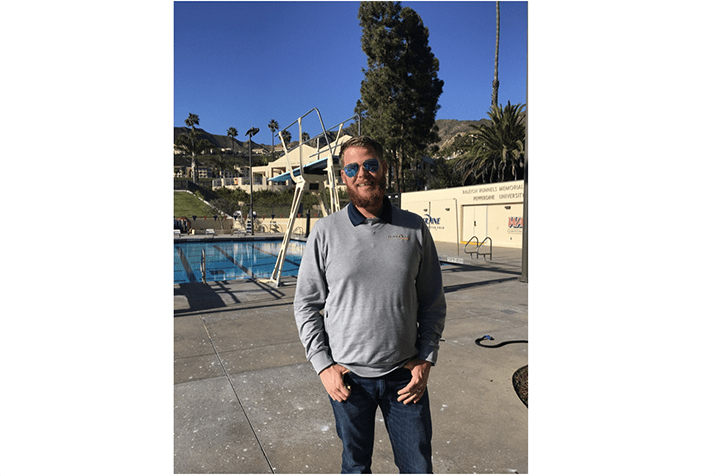 As the 4–9 Swim and Dive team nears the end of their season, they are adjusting to a change in staff after the departure of their head coach. Second-year Head Coach Joe Spahn is no longer with the team.

Spahn’s departure follows an investigation led by the university. Previous Assistant Coach Jessica Mosbaugh also departed from the coaching staff during the season. Both names have been removed from the Swim and Dive website.

University officials emailed a statement to The Graphic about the dismissal of Spahn:

“While neither the University nor its employees can comment on private employment matters, the investigative committee was not involved in any decision regarding Joe Spahn’s role as head coach of the Women’s Swimming and Diving team.”

“While the University cannot comment on private employment matters, Pepperdine Athletics takes seriously any concerns or allegations brought forward by student-athletes and investigates them appropriately and thoroughly. The physical and mental well-being of our student-athletes is the number one priority for Pepperdine Athletics. I am confident that the appointment of Coach Jana Vincent as interim head coach of the women’s swimming and diving program will position the program for success going forward.”

Athletics announced Jan. 3 that Assistant Coach Jana Vincent is finishing the season with the Waves as the interim head coach.

A document, dated Dec. 20, 2019 and leaked to multiple swim websites (SwimSwam, Swimming World), outlines the university’s investigation into four main complaints the university received regarding Spahn’s treatment of the team. According to an audio recording from SwimSwam, Athletics placed Spahn on administrative leave during the investigation in November 2019.

The document was addressed to Spahn, while Tim Perrin, senior vice president for strategic implementation, and Potts were copied.

The officials interviewed 47 people, including the entire Swim and Dive team, coaches, trainers and other athletic staff.

The investigation found no sufficient evidence to support allegations of Spahn’s abusive behavior or sexual harassment claims, according to the document. However, the committee found Spahn “demonstrated an inability to control his emotions.”

The inquiry discovered Spahn allowed a swimmer to practice without receiving clearance from her athletic trainer or doctor.

Spahn “required” the swimmers to practice longer than the NCAA’s maximum of 20-hours-per-week rule.

The document also outlined the team’s feelings about the “current state of disunity” and found Spahn created a “group of favorites.”

The Graphic reached out to Spahn and current and former swimmers, but all declined to comment.

Current swimmers confirmed they were advised to not speak out or they would face severe consequences. Such consequences include removal from the team or suspension.

In the West Coast Conference Cup between Pepperdine, Loyola Marymount University and the University of San Diego on Jan. 18, the team placed second with 286.5 points, and USD placing first.

Their final regular-season meet is versus Azusa Pacific University on Saturday, Jan. 25 in Malibu.