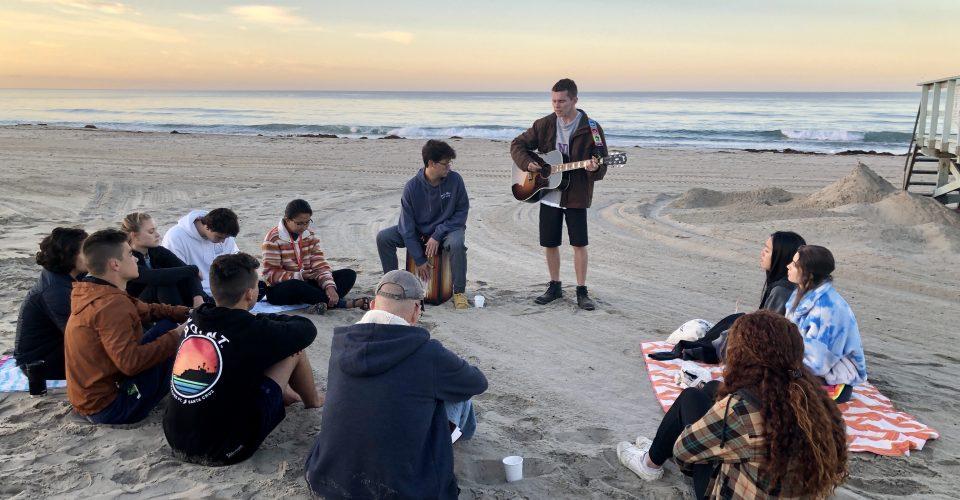 Pepperdine students meet by Tower 13 at Zuma Beach on Wednesday mornings for Surf Convo. Now that the gatherings have resumed, all interested students are welcome to attend. Photo by Emily Shaw

The Pacific Ocean provides more than just a view for Pepperdine students. Surf Convo offers a community for those who want to grow their faith with one another while taking on the waves.

Every Wednesday at 7 a.m, Business Administration Professor Robert Shearer and Pepperdine students meet at Zuma Beach by Tower 13 for Surf Convo. Although the gathering retained its original name, Surf Convo is not related to the new Seaver 200 program — which replaced the convocation series — but remains as a space for fellowship.

Surf Convo began in 2010, Shearer said, but the gathering came to a halt due to the pandemic. Now that the academic year has resumed in person, so has Surf Convo. The group meets for an hour of worship and spiritual conversation, followed by time to surf for those who choose to get into the water.

Shearer said he joined Surf Convo in 2012 as a co-leader. Students often chose to attend the Wednesday gatherings for convocation credit, but this specific incentive is no longer offered.

Surf Convo begins with worship through song. Following this, Shearer gives a short message for the students to contemplate. Everyone then breaks off into small groups led by student leaders, which take place for 45 minutes to an hour. In groups, students discuss the message and make prayer requests. Those who want to surf are able to do so afterward.

Not all in attendance choose to surf, and no one is required to know how to surf, Shearer said. Campus Recreation donated about 10 wetsuits and 6 surfboards to Surf Convo for those interested in surfing but do not have the equipment, he said.

“So when we say we go surfing, what that really means is a lot of us are teaching people how to surf,” Shearer said. “You get more joy from getting somebody up on their first wave than you do getting your 582nd wave.”

Senior Kody Fields has attended Surf Convo since his first year at Pepperdine. Fields said he feels refreshed after starting his day so early — he utilizes this energy by working on homework after.

Junior Myles Dennis has also attended Surf Convo since his first year. Dennis’ favorite part of the Wednesday gatherings is the early morning start, he said.

“Don’t let the time be an excuse,” Dennis said. “If you’re really looking to be with people that also want to build community, then you should come.”

Students interested in participating in Surf Convo can attend at their leisure and Shearer suggests emailing him if an individual has any questions or transportation needs, he said.

“We’re still here, we haven’t gone anywhere,” Shearer said. “For students looking for an outdoor community where they can learn to surf, teach others to surf, get better at surfing or grow their faith, we’re a good option.” 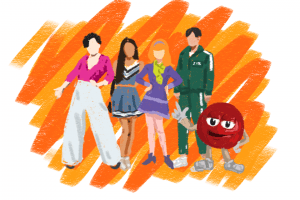 Art by Leah Bae Harry Styles, Squid Game and M&M's — the trendy Halloween costume ideas that are making their way in 2021....
Copyright 2013 Jupiter Premium Magazine Theme
Back to top