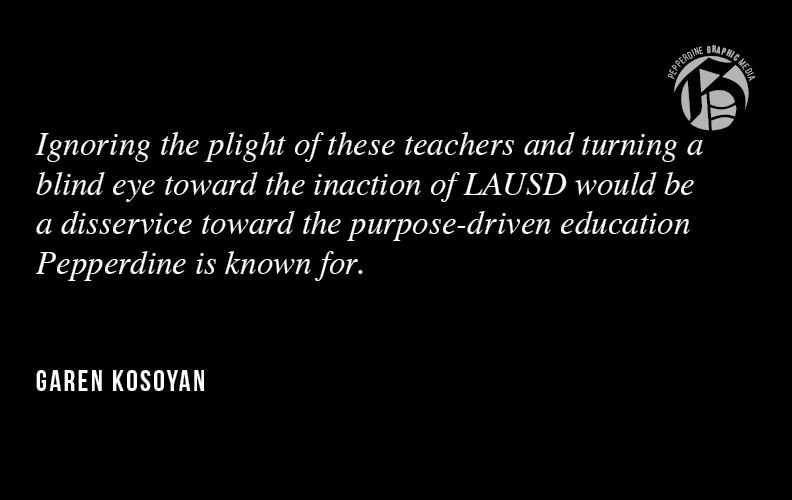 For the first time in three decades, teachers across schools in the Los Angeles Unified School District (LAUSD) went on strike in an effort to fight for the rights of their students through a revamping of their educational institutions.

Classrooms all across LAUSD were directly impacted by this multi-day strike as schools struggled to find replacements for teachers and adequate activities for students; however, the possible negative effects were clearly outweighed by the potential positive outcome.

As a university invested in upholding the value of education, Pepperdine should express its support for these teachers’ efforts.

Amidst the controversy, students, as well as their parents, were displaying their support for the demonstrations. Advocating in favor of demonstrations, “A strike may be the only way to get the state to invest in our children — all of our children,” mother of two LAUSD students Tracy Bartley writes in an article published by UTLA on Nov. 30. The unified efforts that fueled the strike revealed a deep appreciation for the belief that the education sector is an investment that must be secured now in order to ensure a future with successful, knowledgeable leaders.

The educators leading and participating in these protests argued that an important prerequisite to a student’s success is appropriate classroom sizes. With evidence on their side, teachers were demanding that classroom size reductions take place in order to ensure every student gets the attention they deserve.

Pepperdine subscribes to this ideology as well and upholds the notion that classroom sizes are critical in any student’s educational career. The University further states that its low student-teacher ratio allows for “our faculty [to] serve as mentors, research partners, and graduate school and career advisors.”

Ignoring the plight of these teachers and turning a blind eye toward the inaction of LAUSD would be a disservice toward the purpose-driven education Pepperdine is known for. Our mission as Pepperdine students is embodied in the mission of our university, that is to lead a life of service, purpose and leadership.

LAUSD teachers believed that educational institutions should serve students in a meaningful way that prepares them for leadership roles and they represented this belief through a display of courage and determination.

As Pepperdine students, we are obligated to assert our support for their efforts by reaching out to local government and expressing support via social media. We must utilize the resources we are provided that make officials in power accessible and responsive to us. Though the strikes ended with a tentative deal, it is still our duty to ensure that proposed solutions are for the long-term.

Allowing for schools to operate on a degraded education foundation can not be tolerated. The learning and teaching conditions that have become the norm are unacceptable and it is time for LAUSD to finally embrace the changes being advocated by teachers, students and parents for years. 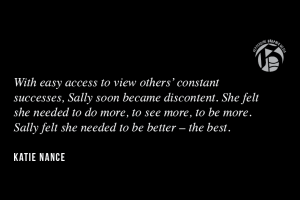 Back in the day, Sally didn’t compare her life to others. She got mostly B's in school, and a couple C's that her parents...
Copyright 2013 Jupiter Premium Magazine Theme
Back to top