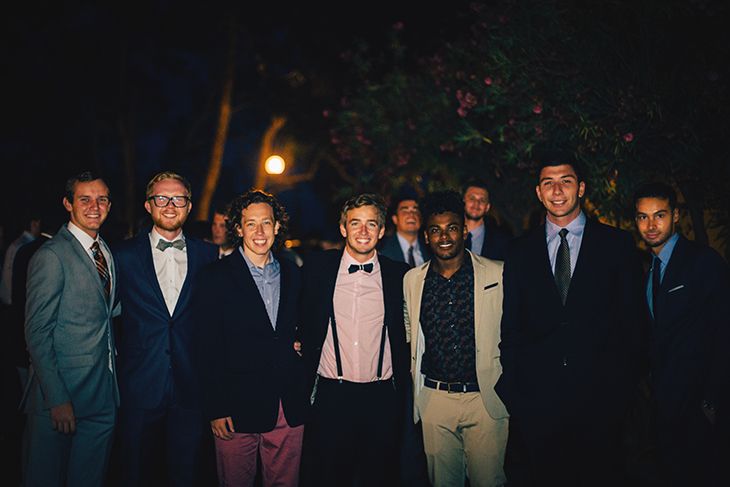 A Pepperdine alumnus is making huge waves in the tuxedo and suit rental industry, all because of a few bad wedding photos.

Andrew Blackmon, a 2007 Seaver graduate, and co-founder Patrick Coyne, got the idea to start The Black Tux after a negative experience Blackmon had while renting suits for his own wedding. Knowing what the suit rental options were, he and his then-fiancée wanted the wedding party to purchase suits for the occasion but no one felt like spending that amount of money, Blackmon said.

“You look back at these photos and my wife looks gorgeous and we all look like we’re wearing our dads’ old suits,” he said.

After that, Blackmon and Coyne, who was also one of the groomsmen, came up with the idea to start the company. The Black Tux allows customers to go online, rent a great-fitting suit or tux that retails for more than $1,000 and have it shipped right to the customer’s door for fewer than $200, Blackmon said.

Once on the site, renters can simply choose a look and enter their measurements. After answering a series of questions about their body type, an algorithm determines the fit of the garment with a very high accuracy rate, according to Blackmon.

This new model for renting high-quality, formal men’s fashion created by Blackmon and Coyne seems to be working. The company has seen double-digit growth every month since the company’s creation in 2013, according to an article by Dennis Green on businessinsider.com.

Since its inception in 2013, The Black Tux has raised more than $40 million from investors, $25 million of which came from their most recent round of financing. Most of the money has come from Silicon Valley tech investors or brand investors in New York. With the abundance of growth so far and continued interest from investors, they are very interested in growing the business, according to Blackmon.

“We are shipping out over 10,000 suits a month, and we’re shipping to every state every month,” he said.

High-dollar investments from venture capitalists, like the ones acquired by The Black Tux, are becoming more common as the economy improves, according to Max Saia, a senior research analyst at CBRE Inc.

“With the economy improving and consumers starting to spend more, consumer product companies such as The Black Tux are bound to draw strong interest from investors due to their potential to generate outsized returns,” Saia said.

Blackmon said he hopes The Black Tux will continue to disrupt the multibillion dollar tuxedo and suit rental market, which is dominated by The Men’s Warehouse. Their goal is to provide high- quality suits all through a “seamless online experience,” he said. Many customers have already inquired about purchasing the suits they rented, but Blackmon said they haven’t expanded to sales just yet.

With an eye on a future in sales as well as renting, The Black Tux has already expanded into renting shoes, shirts and accessories, all of which are custom-made for their brand, according to the article on businessinsider.com.

Blackmon and his associates run the business out of their headquarters in Santa Monica. When asked about one of the more challenging aspects of the business, Blackmon said streamlining the cleaning, tailoring and shipping logistics — all taking place in their 50,000-square-foot warehouse in Gardena — is a constant struggle.

Blackmon isn’t the only Pepperdine alumnus seeing success and continuing to gain notoriety this year. In September alone, Oscar Munoz, a 1986 graduate, became the new CEO of United Airlines, and Edina Lekovic, who received her master’s degree in Communication in 2009, was named one of Los Angeles’ most inspirational women of 2015 by Los Angeles Magazine.

Blackmon, who graduated with a bachelor’s degree in English, said the idea of being an entrepreneur didn’t become a focus for him until after he left Pepperdine. “I actually studied not what was practical, but what I just loved to study, which was English,” he said.

Blackmon added that looking at things through a different lens and envisioning how they can be better was something he has always tried to do, and which he believes has helped him along the way.

He also offered a few final words of encouragement for aspiring entrepreneurs: “It looks very daunting and scary from the outside, but every business gets started by somebody,” he said. “I think the most important thing is to jump in completely and just put everything you have into a business or idea if you want it be successful.” 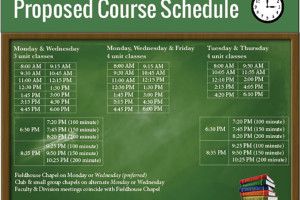 A potential new class schedule has just been released to the faculty this month. The Pepperdine administration is working...
Copyright 2018 Pepperdine Graphic
Back to top