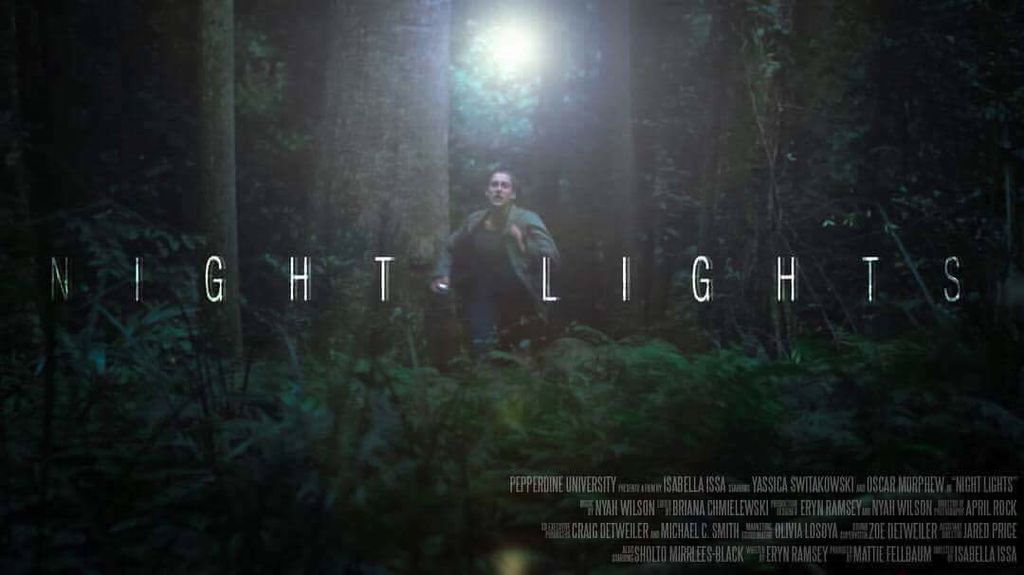 The group traveled to Sydney, Australia in July, and produced their films within a month while collaborating with the International Screen Association. Professors Craig Detweiler and Michael C. Smith opened the evening with an introduction, followed by the program participants introducing each of their films, and taking questions from the audience afterwards about their unique experiences.

All together, their program managed to produce three short films within those four weeks — “Fall Fall,” “Night Lights” and “Ouroboros.” Each film brought emotion and sentiment to the screen, as each tackled subject matters of includingsubject matters of love and loss, willing to live after tragedies, and bumping heads with people of different backgrounds.

Each production required ample amounts of preproduction work, as program participants began pitching different storyline ideas as early as January, according to senior Media Production major Nyah Wilson. After deciding on which storylines to pursure, the group broke off into production teams and each person assumed their specific role. Wilson was responsible for assisting with production design, as well as composing the musical score, for the film “Night Lights.”

Along with getting to put their film and media production skills to the test, the international experience also promoted cultural competency within the students, on and off the set.

“It being an international experience was incredible because we learned of cultural differences in Australia,” Wilson said. “We partnered with the International Screen Association, so we used their students as actors for our films. So they taught us a lot about Australia and their passions, which aligned with ours since we’re all in entertainment and media.”

Although the program was mostly geared toward students interested in pursuing careers in film or the entertainment industry, students with other majors unrelated to media production still got to play vital roles. Senior Biology major Jared Price worked as an assistant director on “Night Lights,” alongside Wilson.

“I mean they picked us up, dropped us in a place where we’re completely uncomfortable; where we don’t know how anything works,” Price said. “I guess we know the language, but even culturally there are a lot of differences; how to interact with people and such. So this was that type of experience of gaining that cultural competency, in that kind of way.”

This was the first year of the program, so the group was the first to go and officially experience a Pepperdine program Down Under. According to the International Programs office, the hope is to continue the program in the coming years, as the participants’ feedback illustrates how unique the program itself was.

“Being in that culture changed the way we all worked,” Wilson said. “[For] the cinematographers, the directors and even me working with the music, going on set every day really brings you into the vibe of the film. I think we created something we wouldn’t have been able to create here, not just because of the location and the actors, but because we’re getting different energy from the environment we’re in. We were all challenged creatively.”

Price said he had a similar take on the experience. He explained that the setting really made them focus on pulling together and completing what they set their minds to, even if it meant working from scratch, and that this is what gave the experience its strength.

“It was an experience that we could not have gotten staying in LA, even though we are like literally in the heart of the entertainment industry, for the entire world is in our backyard,” Price said.

The skills the students have gained and the talent they possess are evident in these short films, as each piece is strong and can hold its own. The production teams are planning to submit the films for Reelstories Film Festival this spring, where they hope to share their creations with the rest of the Malibu community.