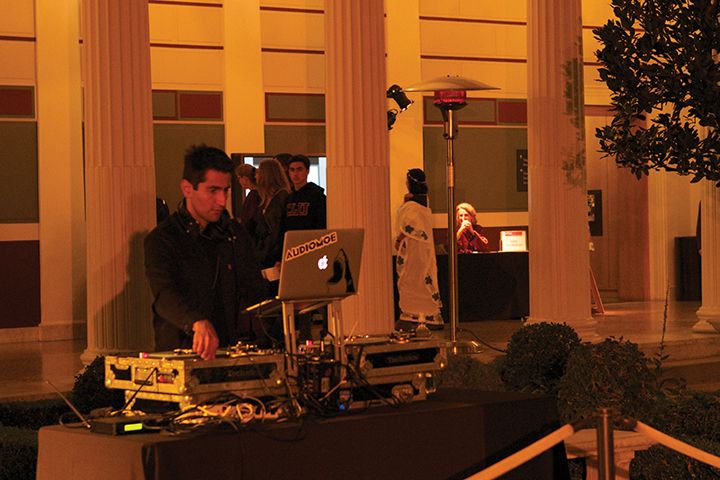 Along with special tours, the Getty Villa offered live music, including Los Angeles based DJ Moses Truzman, aka Audiomoe who dropped beats that even had Mark Anthony and Cleopatra dancing.

The Getty Villa, in Los Angeles is one of two locations of the J. Paul Getty Museum named after oil tycoon J. Paul Getty. The Villa serves as recreation of the Villa de Papiri unearth in the city of Herculaneum.

During the night, the Getty had various Roman re­-enactors in authentic Legio VI Victrix costumes to compliment the students dressed in togas.

The night will be remembered by all in attendance with an abundance of food and door prizes and giveaways throughout the night. If you missed out of College Night 2014, don’t worry. Unlike the Romans, College Night will be back next year so start prepping your chariot, Augustus.