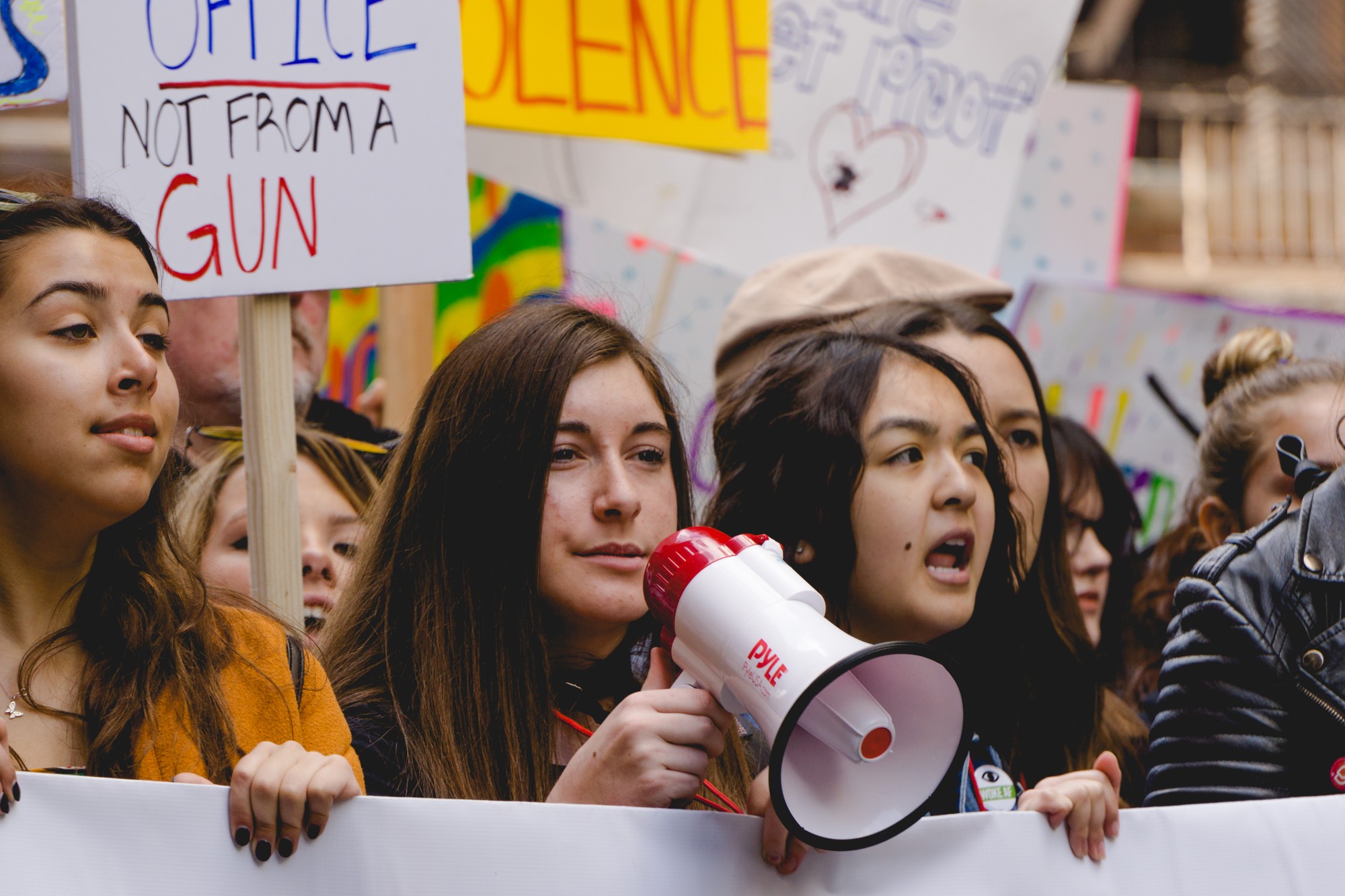 Demonstrators assembled near Pershing Square at 9 a.m. and began marching at 10 a.m. toward Grand Park near City Hall, where there were speeches and performances sending a message for gun control. 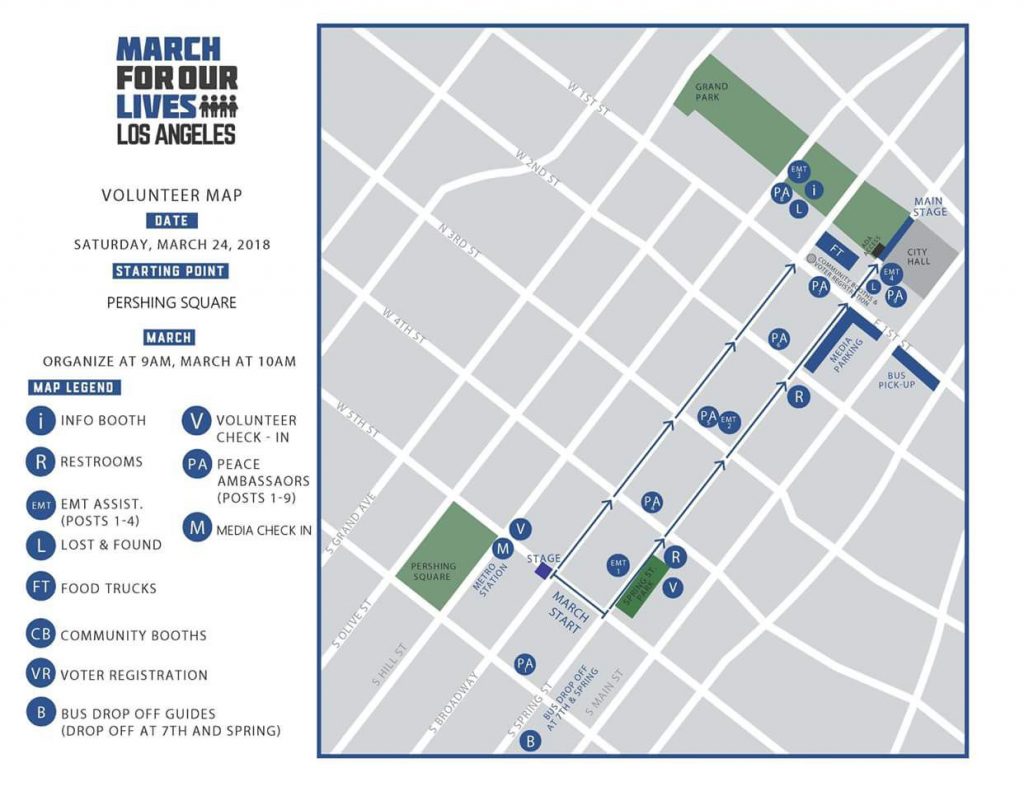 On the stage at the end of the march route, Mayor Eric Garcetti spoke to the crowd. 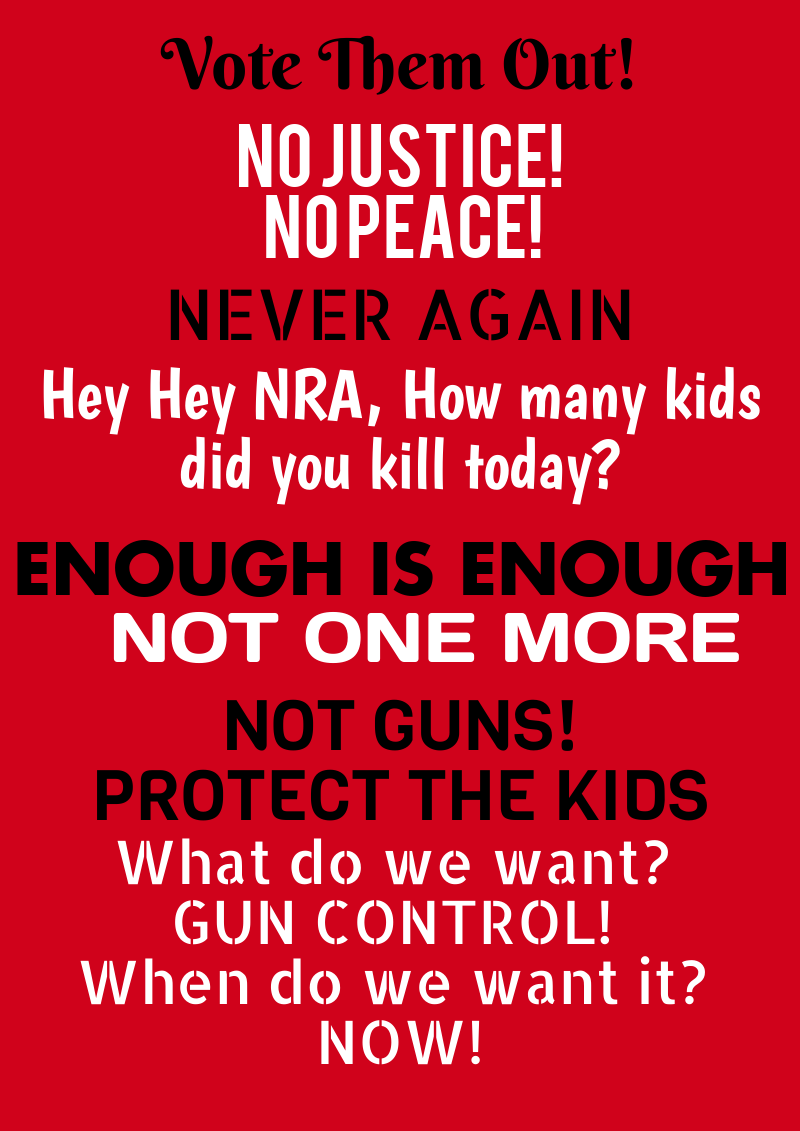 Not only did these chants resonate throughout the city and across the nation, but it also resonated with student Wilder Amato.

“I definitely feel the passion. It resonates with me,” Amato said. “As a student, you feel targeted by all the gun violence. It’s just not a good thing to be around and the fact that everybody is rallying around not having it, I think it will start some change in the future.”

During Garcetti’s speech, he mentioned movements that occurred in history, fueling the passion that energized marchers.

“We will rise up like in the civil rights movement when students became freedom riders to fight for the rights of everybody. Rise up like 50 years ago in East LA when 22,000 students led walkouts against racist teachers and against the school system that was against them,” Garcetti said.

He added, “This fight is for the most basic of your rights. This is a fight for your lives.”

Maria Galante, a mother of two, is originally from the United Kingdom, where the laws regarding guns are more strict.

For example, handguns and centerfire semi-automatic rifles are prohibited from ownership. Also, the public can only own firearms for hunting or sporting purposes, according to the BBC.

But on the morning of the march she was also reminded of the civil rights marches. This is the third march she has attended at Downtown Los Angeles since the election and hopes the large presence can create change.

“I feel completely inspired because it’s an inspired group of people and I was thinking about this morning, Martin Luther King, when all those marches happened during the civil rights,” Galante said.

At the march, thousands of various signs and posters were carried in the air by demonstrators. One particular sign read, “How many more have to die,” and it was carried by Natalie, a USC alumnus who only gave her first name.

The sign was a mosaic of all the names of school shooting victims who have died since Columbine that was framed to look like an AR-15 rifle.

Other signs read, “Am I next?” “Policy and Change. Gun Reform Now.” “How Many Children Have to Get Shot.” “One child is worth more than all the guns in the world.” “Books not Bullets.” “New School Uniforms.” “It’s time for a revolution.” 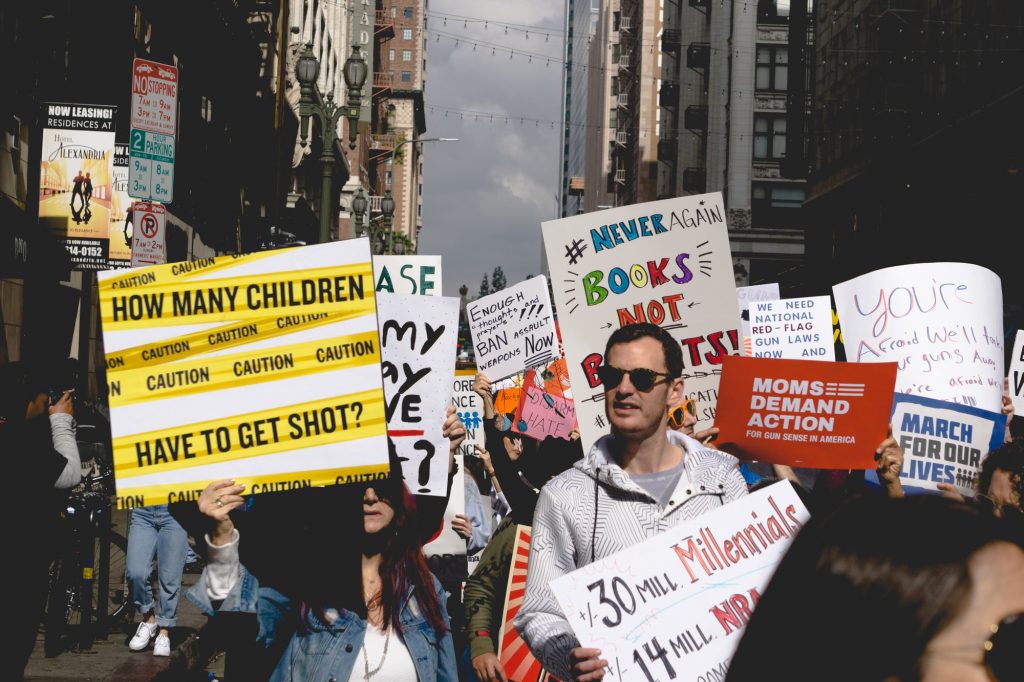 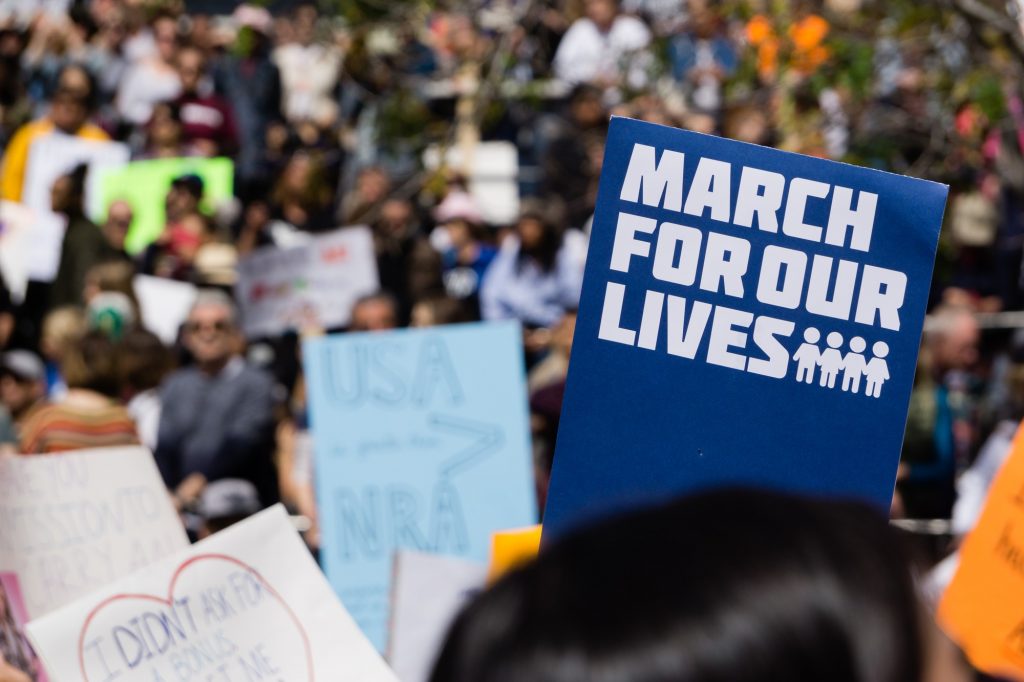 In addition to gun control, marchers were also against President Trump’s policy for arming teachers. Teachers from the San Jacinto Unified School district in Riverside County were not in favor of arming themselves with guns.

“No way. No way. We are completely against it. Most teachers that we’re in contact with say absolutely not. We are there to educate,” the teachers said.

Katy, another marcher, also believed guns should not be in the hands of teachers.

“I wanted to send this message. I think the teachers need a lot more than guns. Obviously, they need resources and I would like to keep guns out of the hands of teachers, out of schools and in general,” Katy said.

Apart from the chanting and marching, what marchers hoped to see was change.

The small group of about a dozen pro-gun demonstrators began in Downtown Los Angeles and moved to the Federal building area in Westwood, according to CBS. 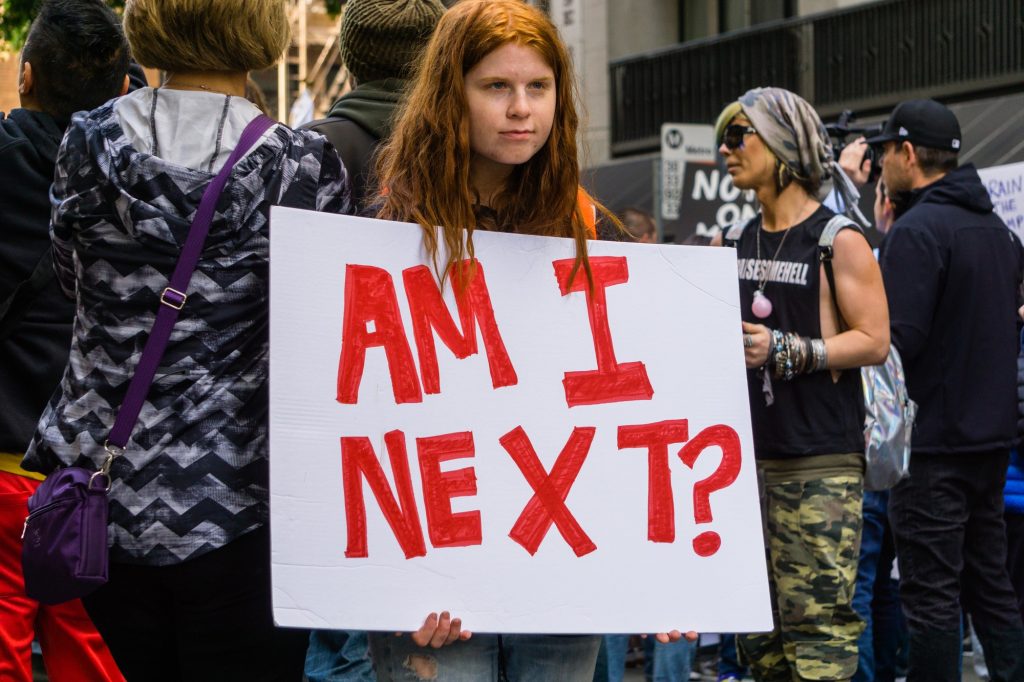 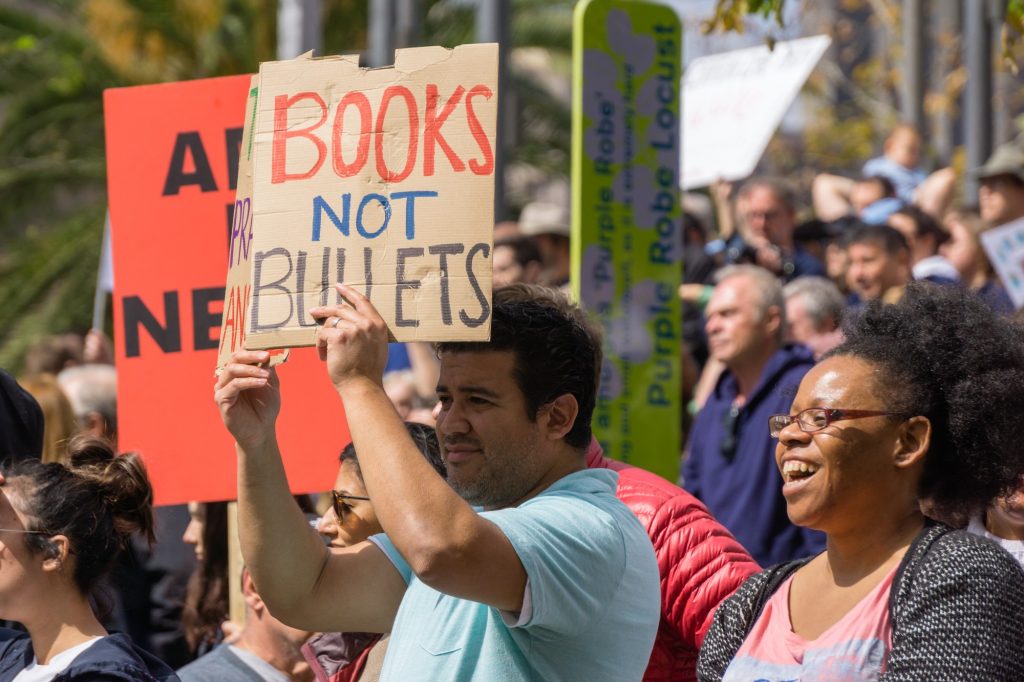 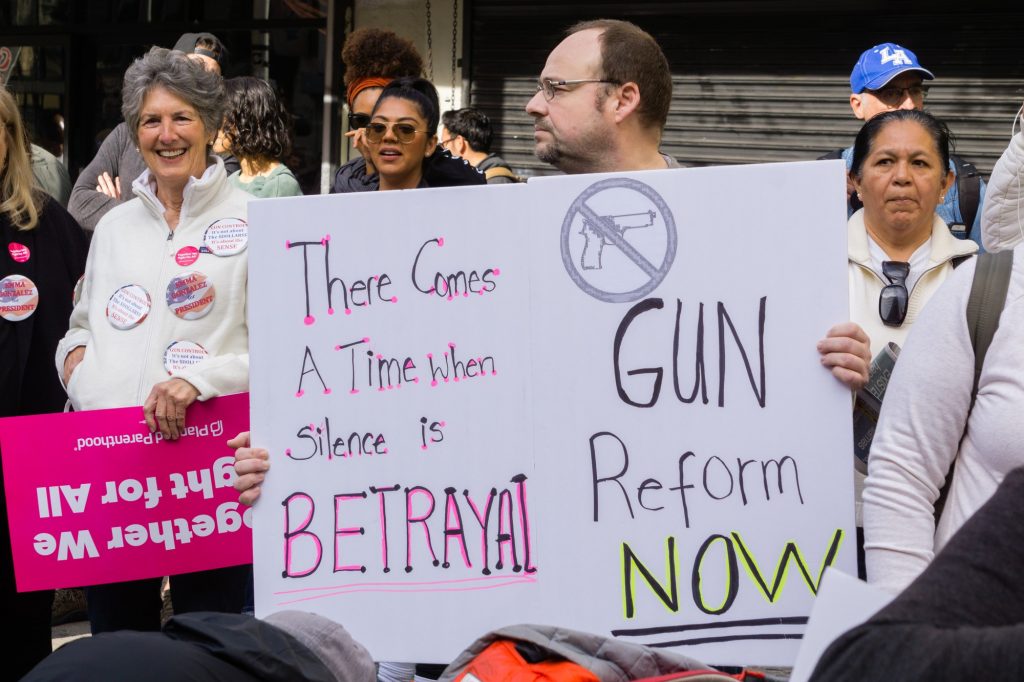 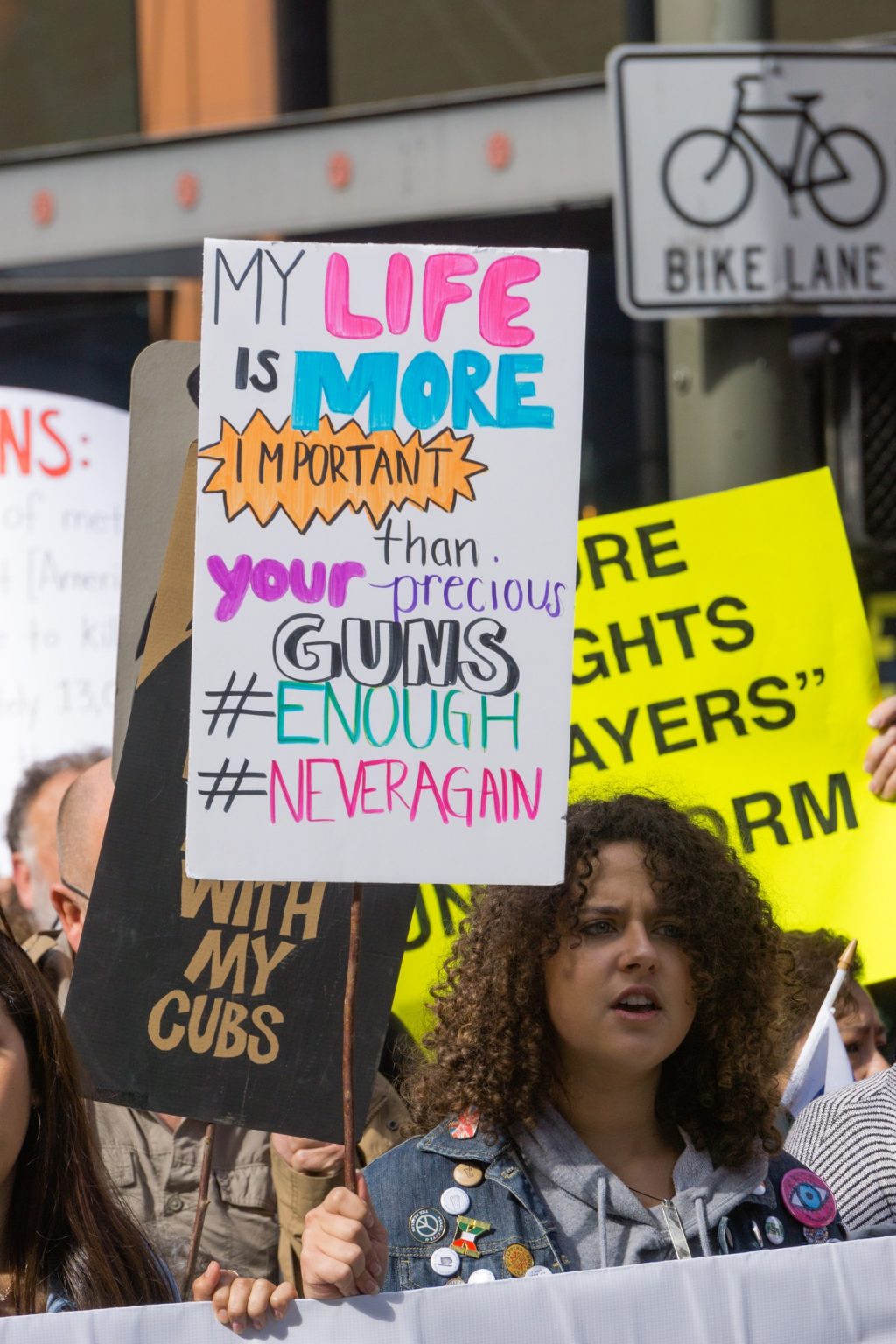 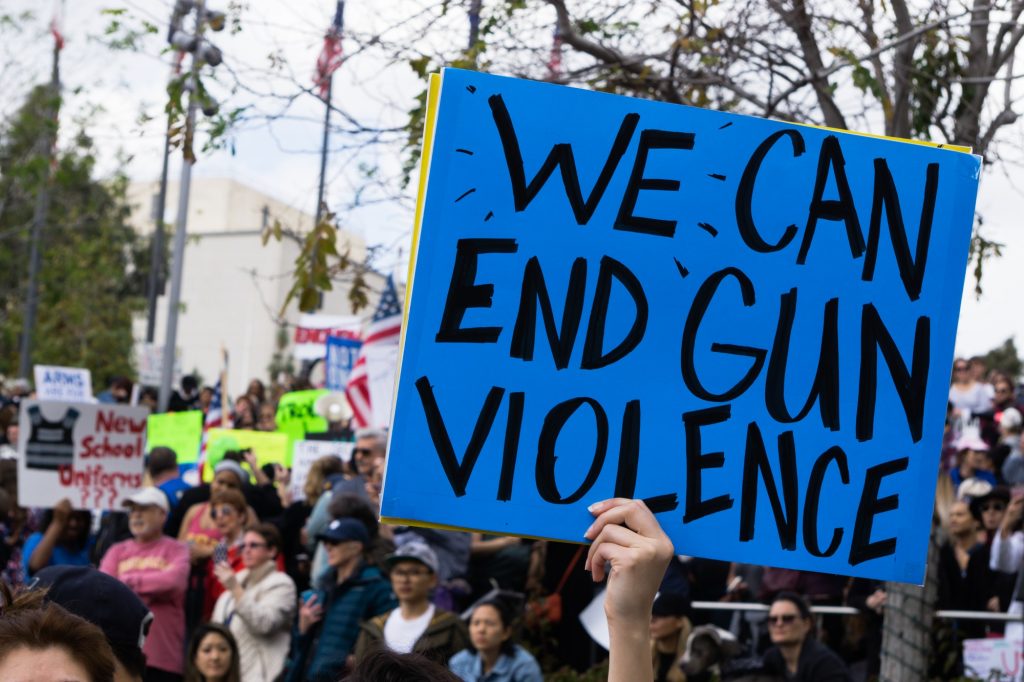 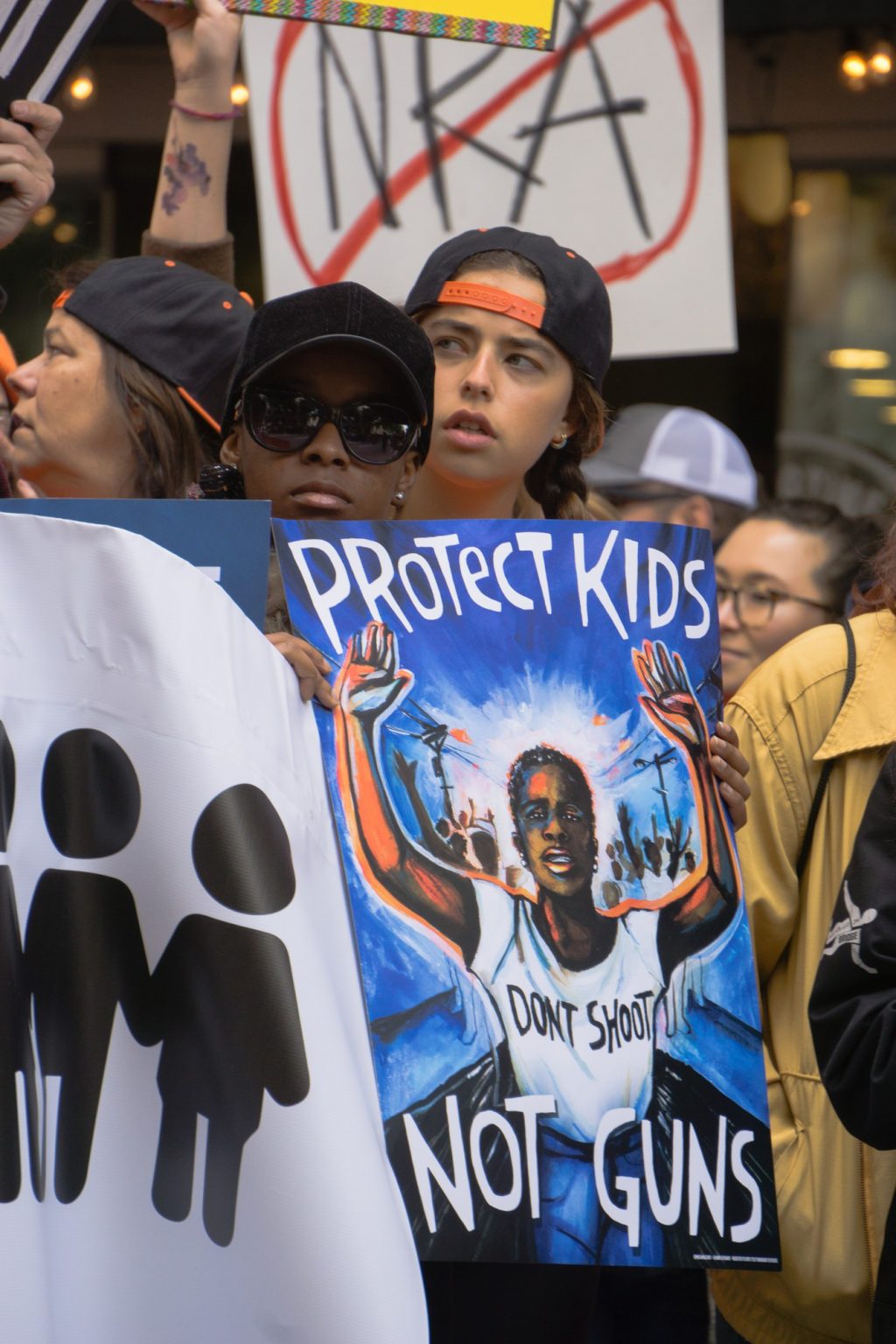 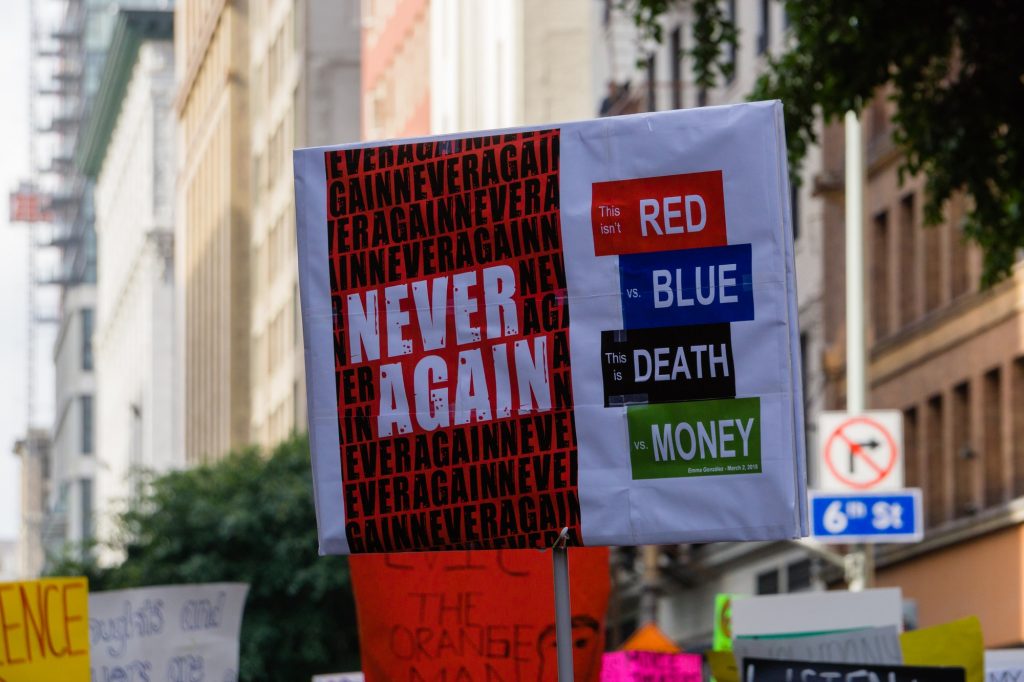 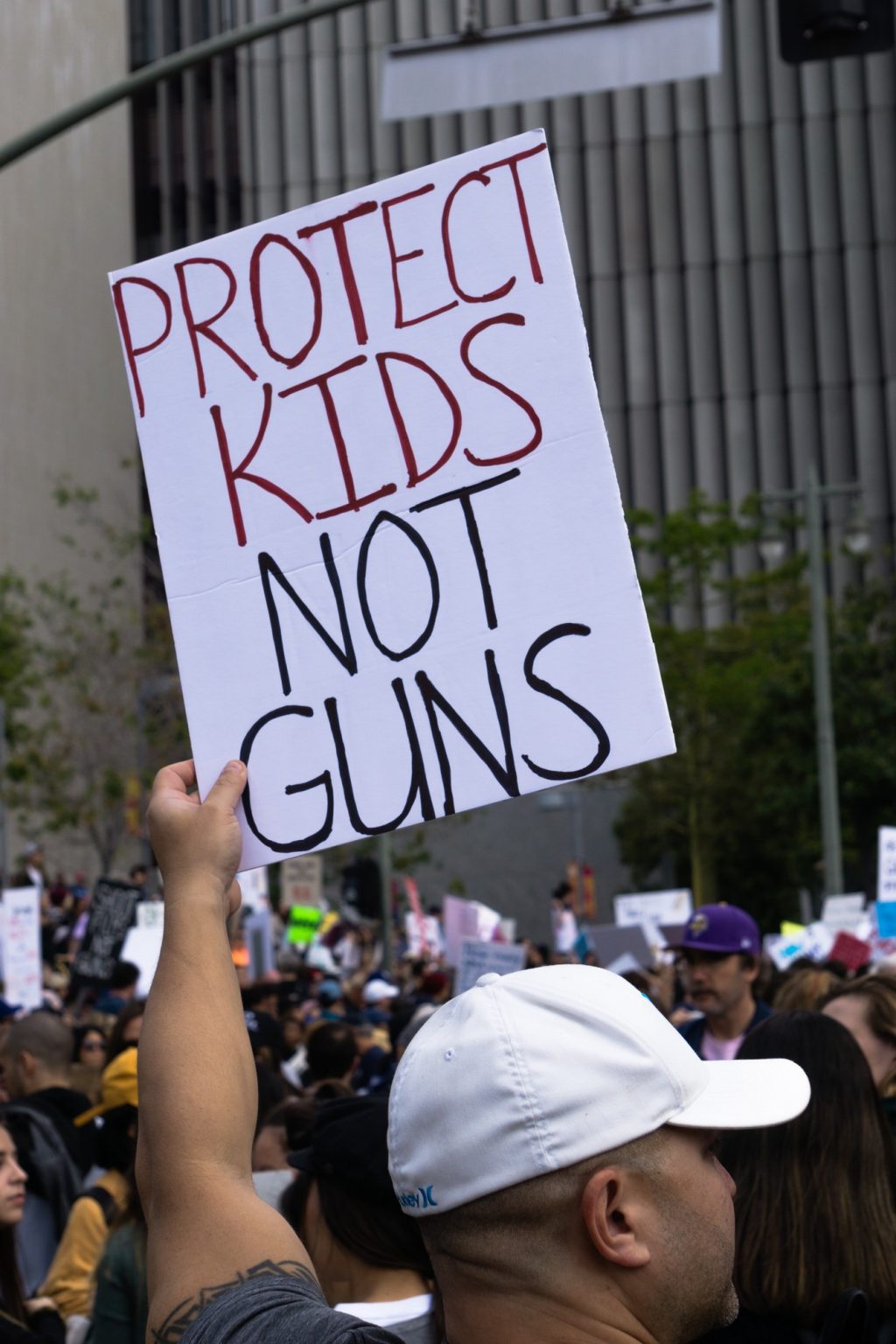 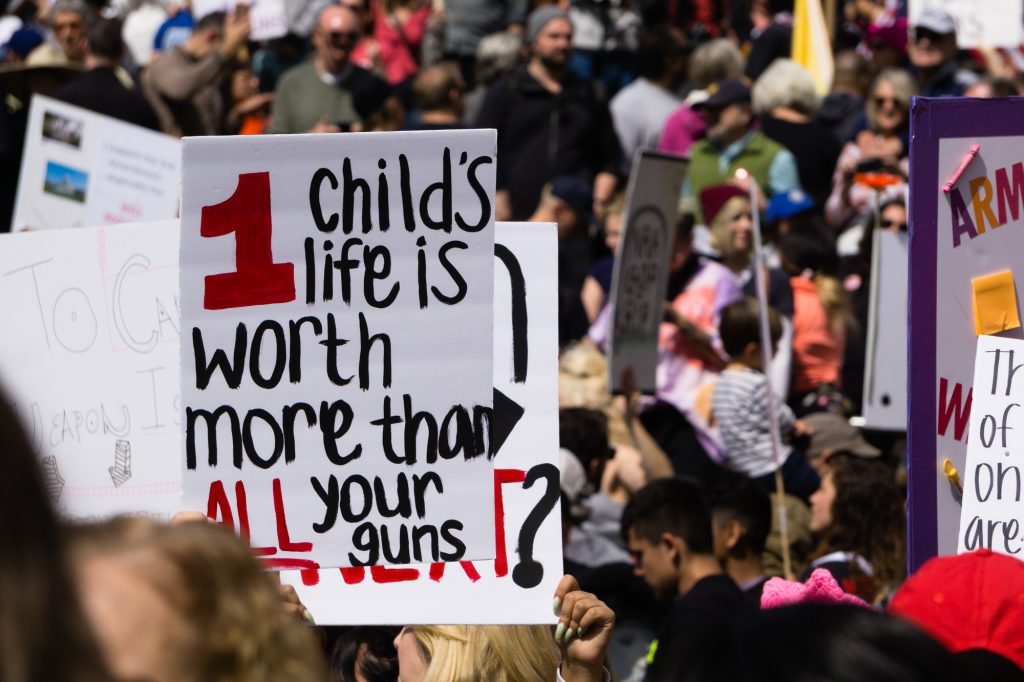 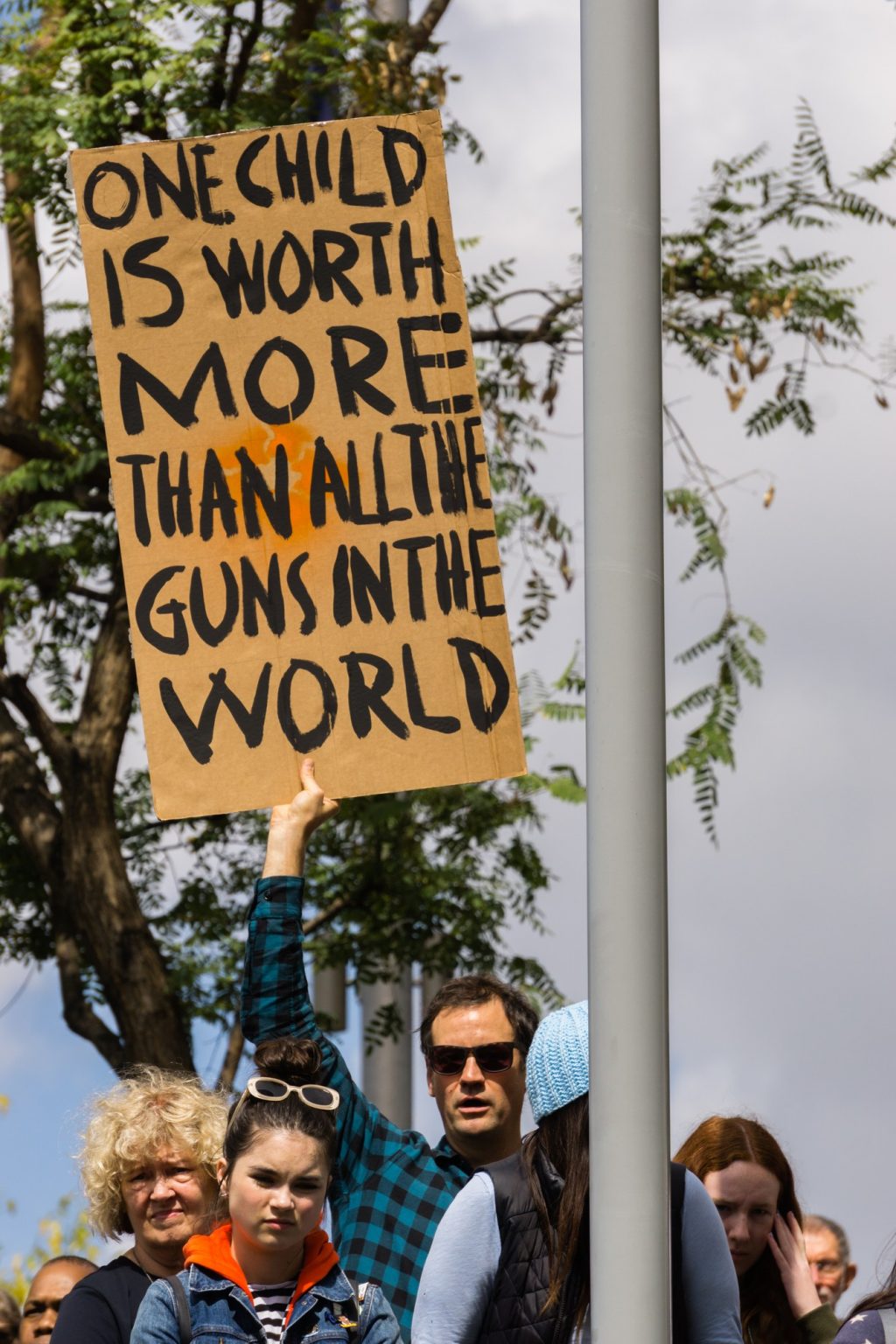 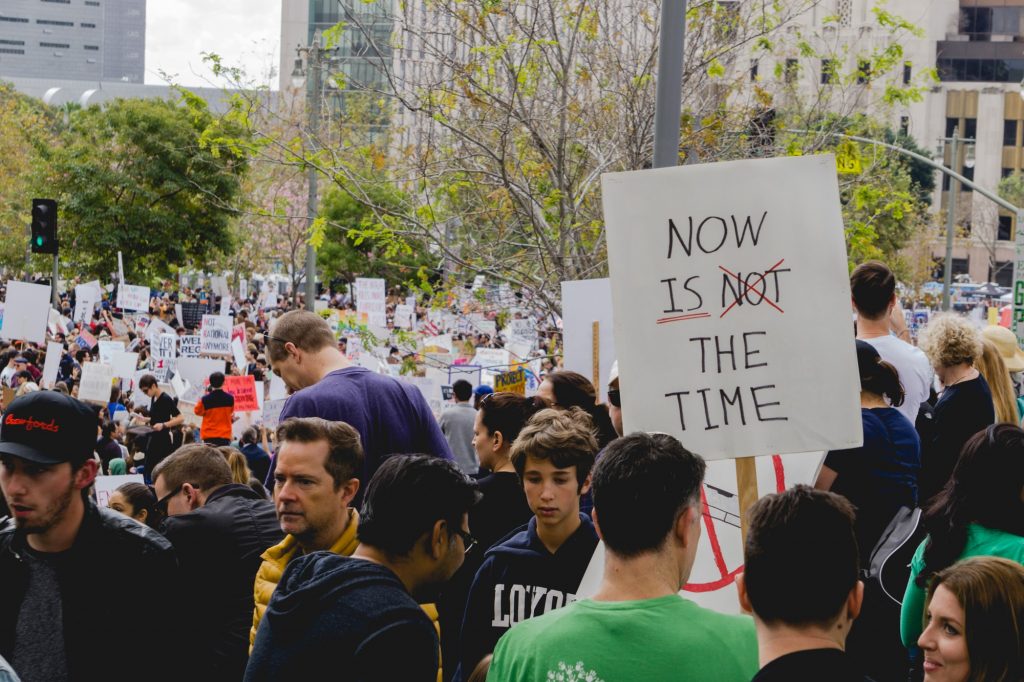 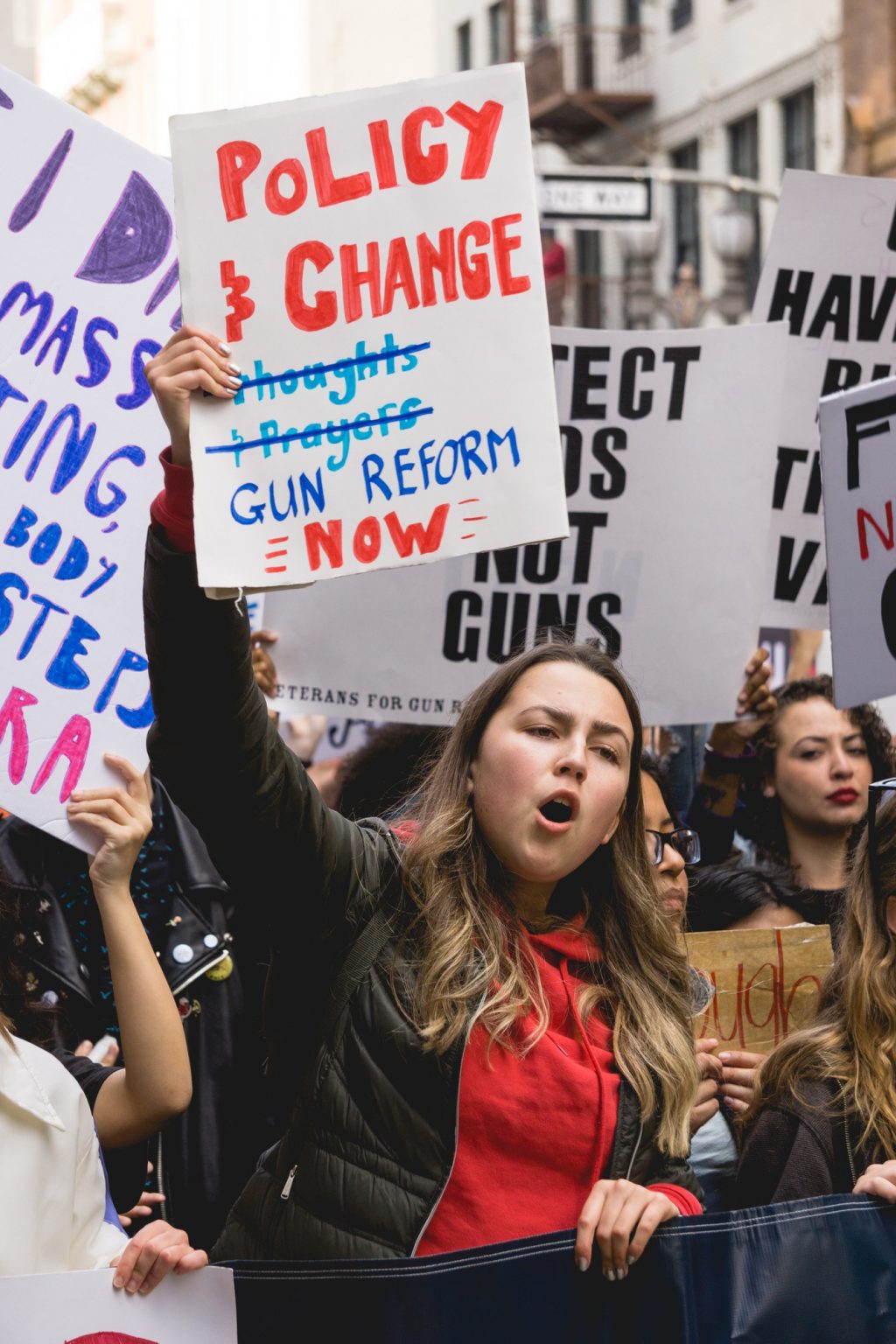 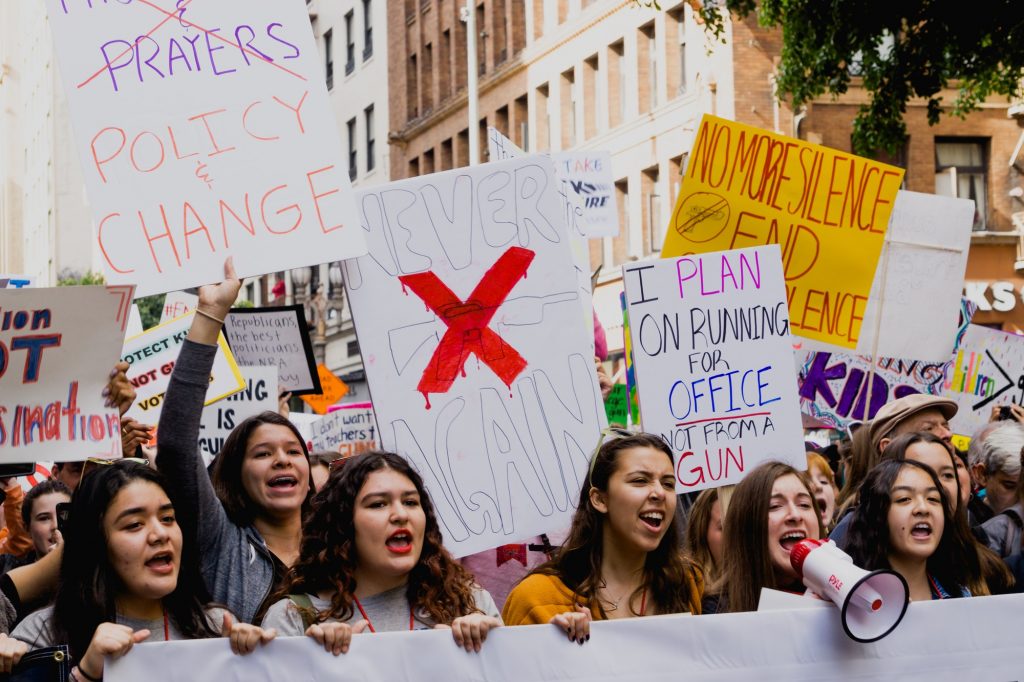 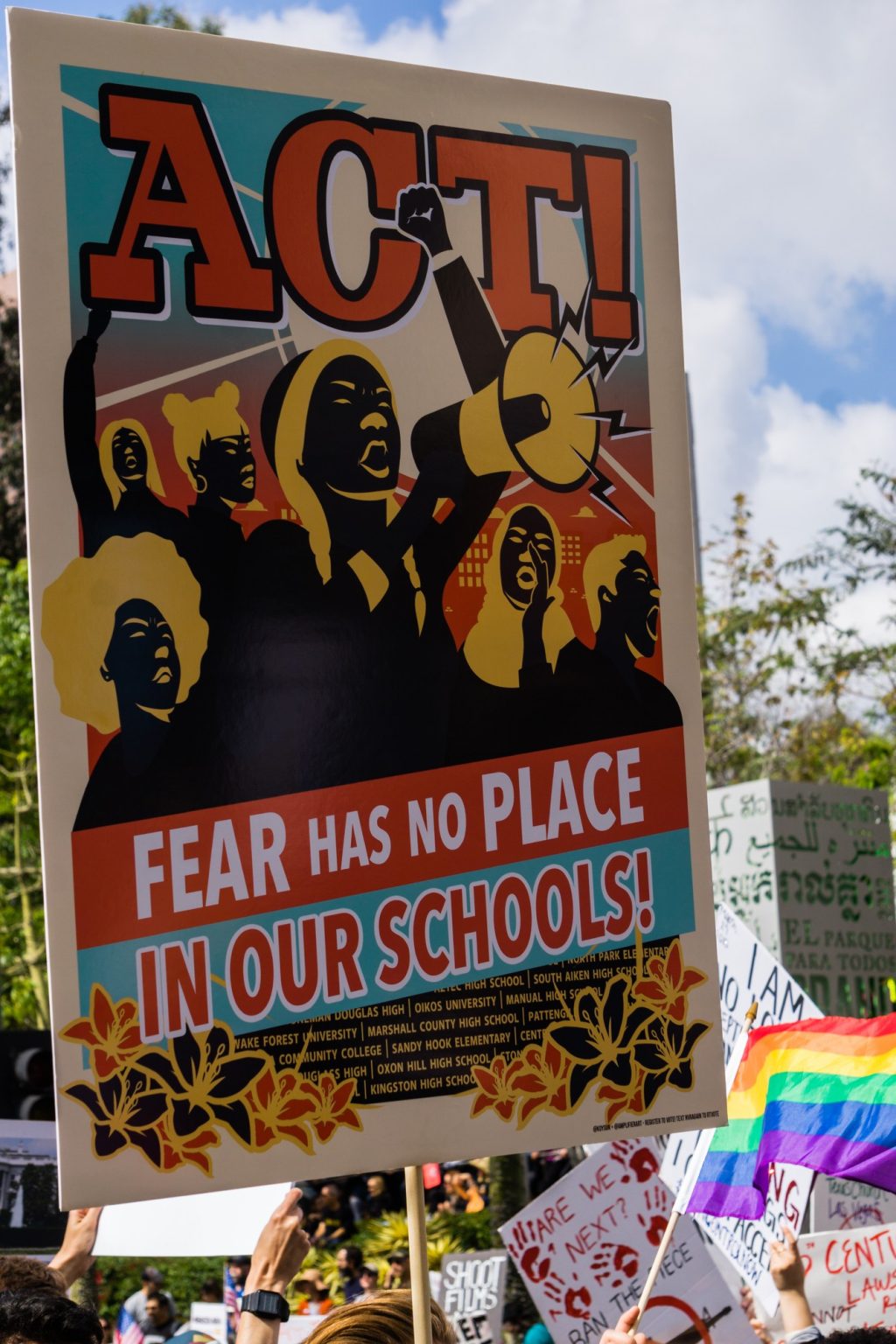 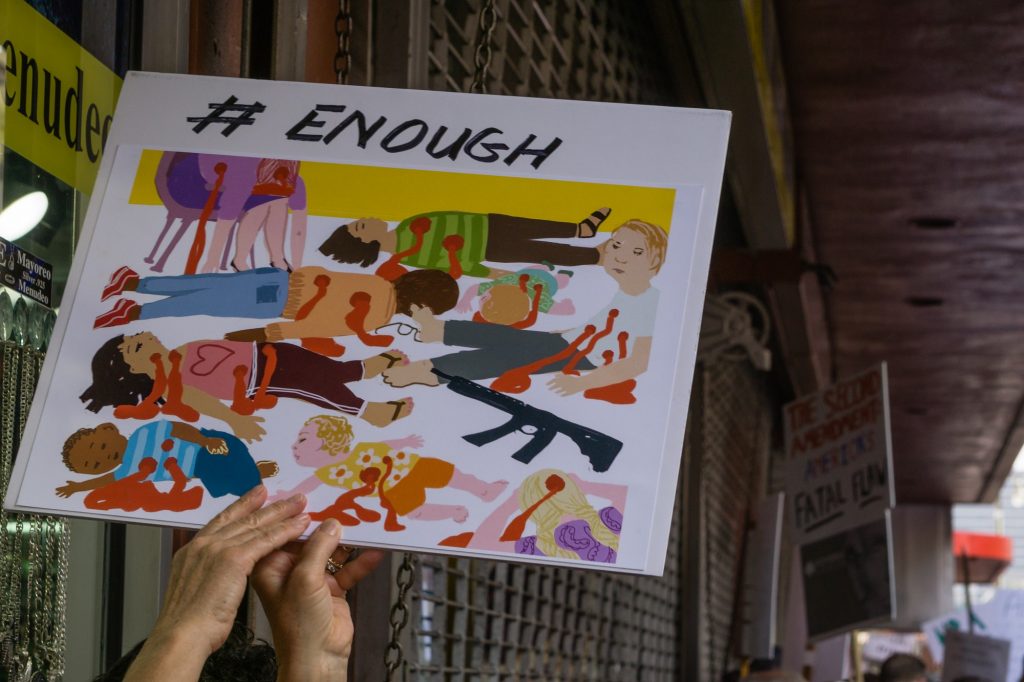 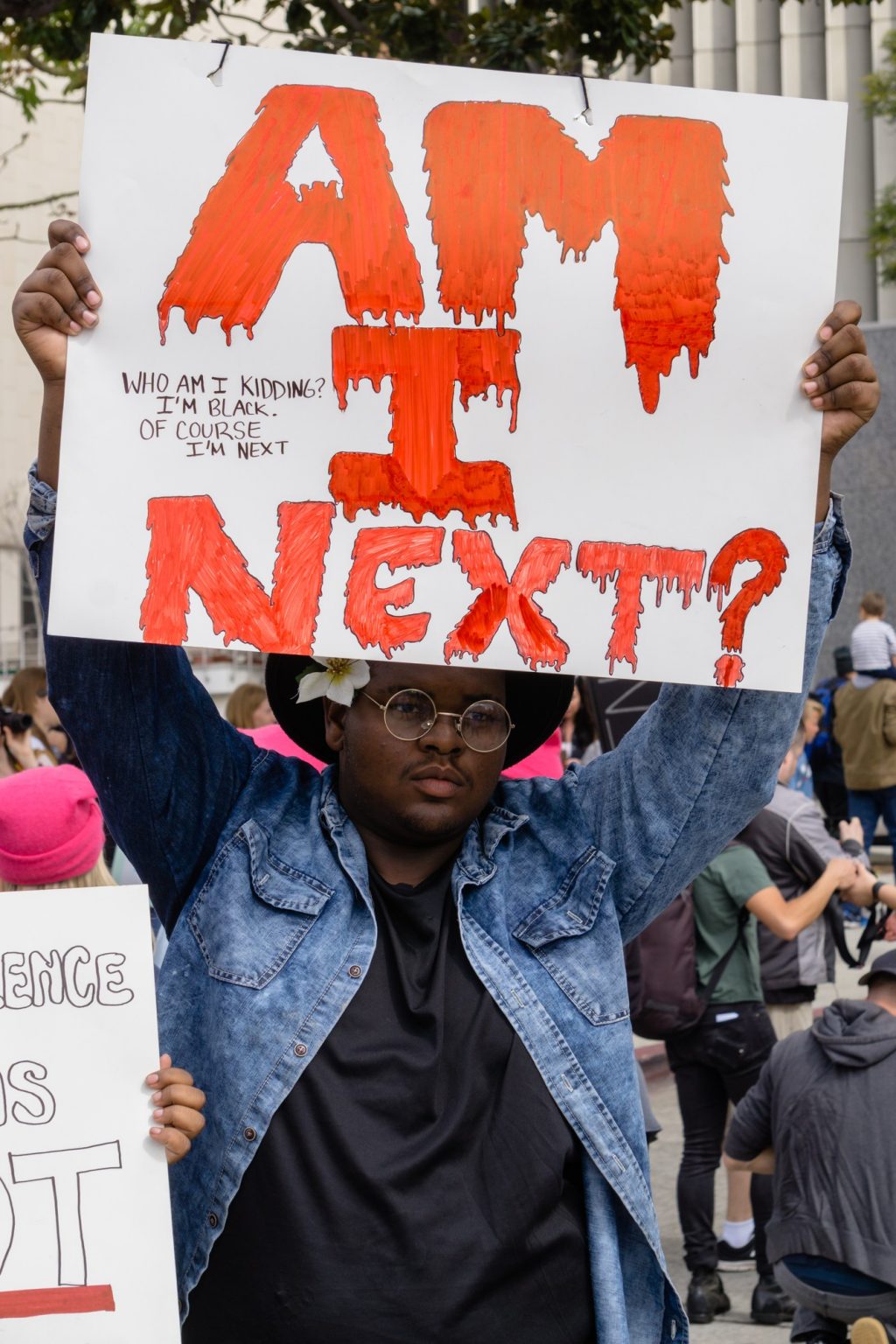 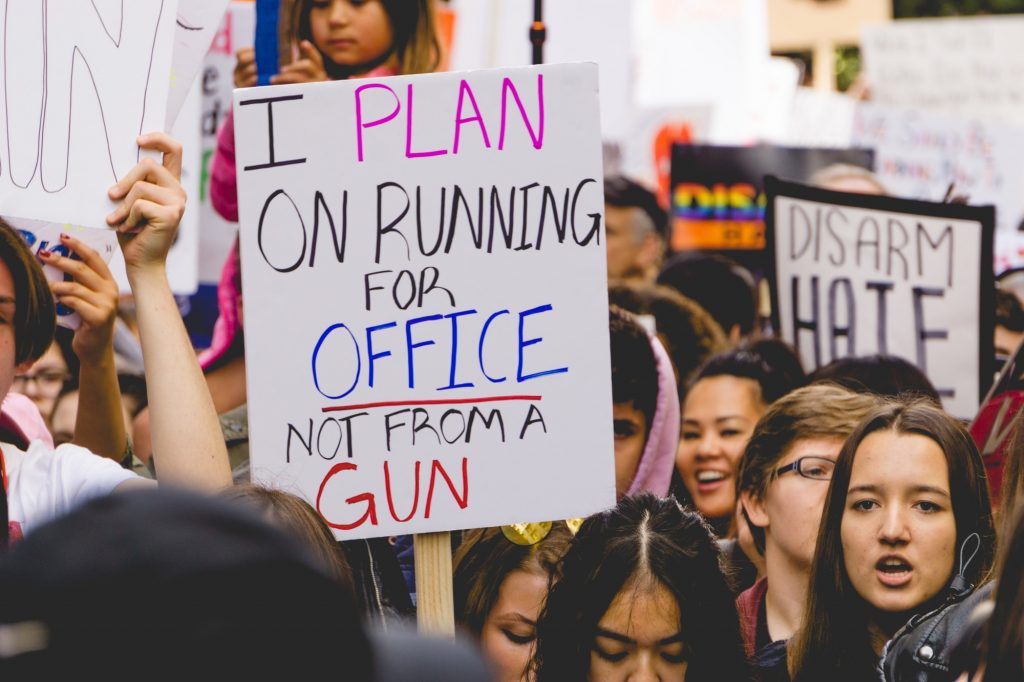 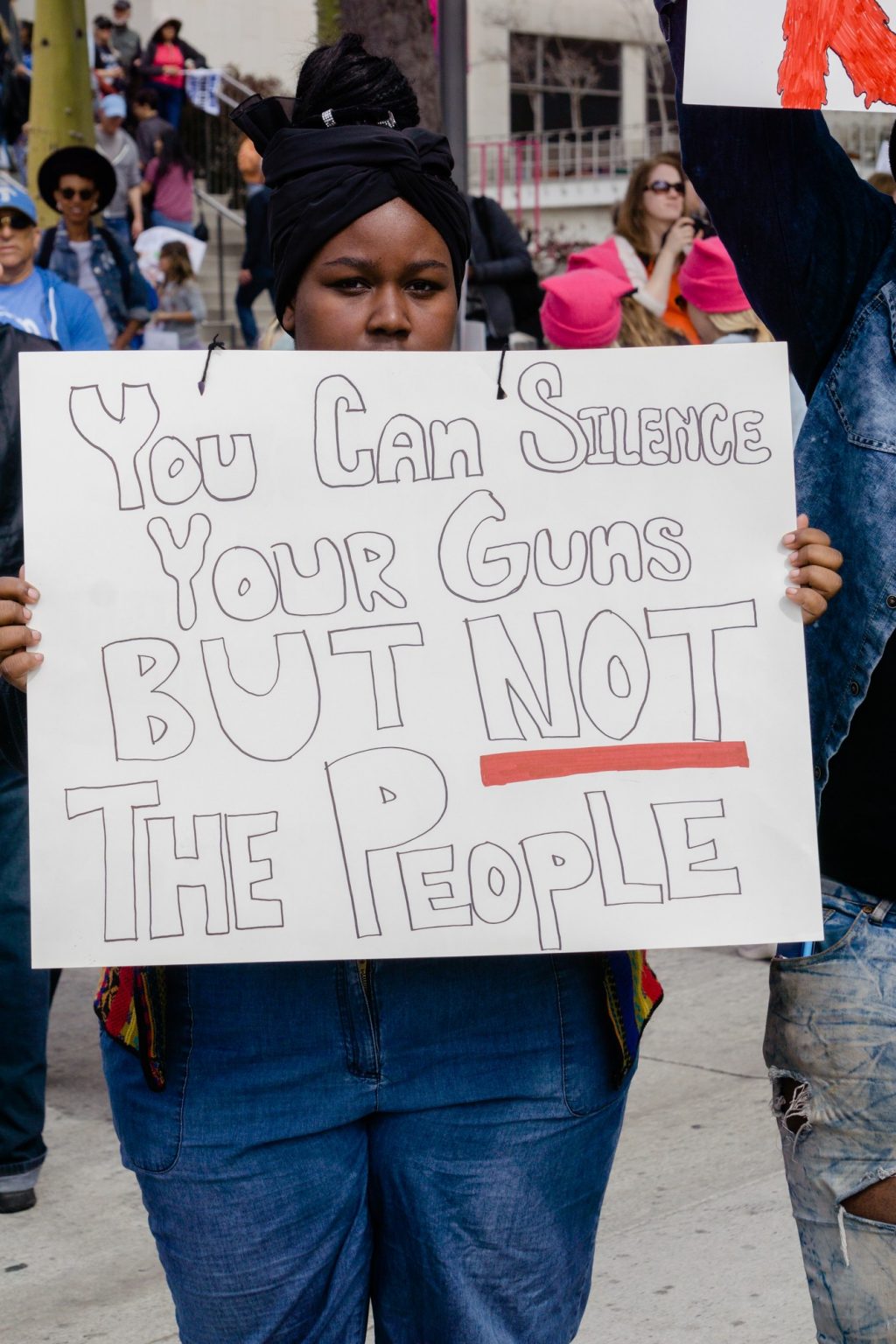 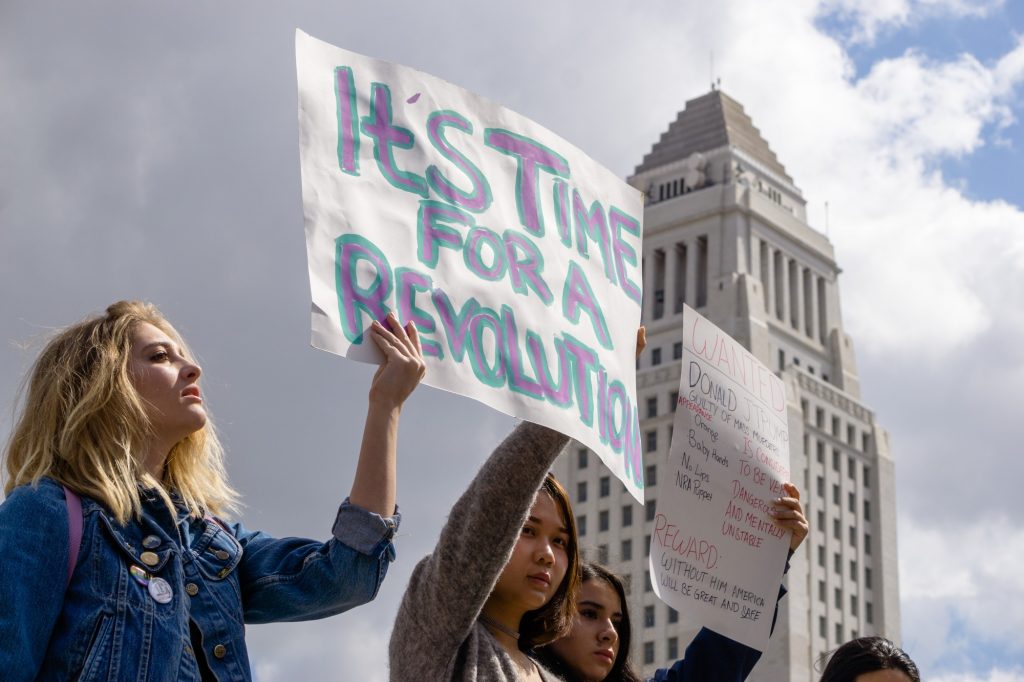 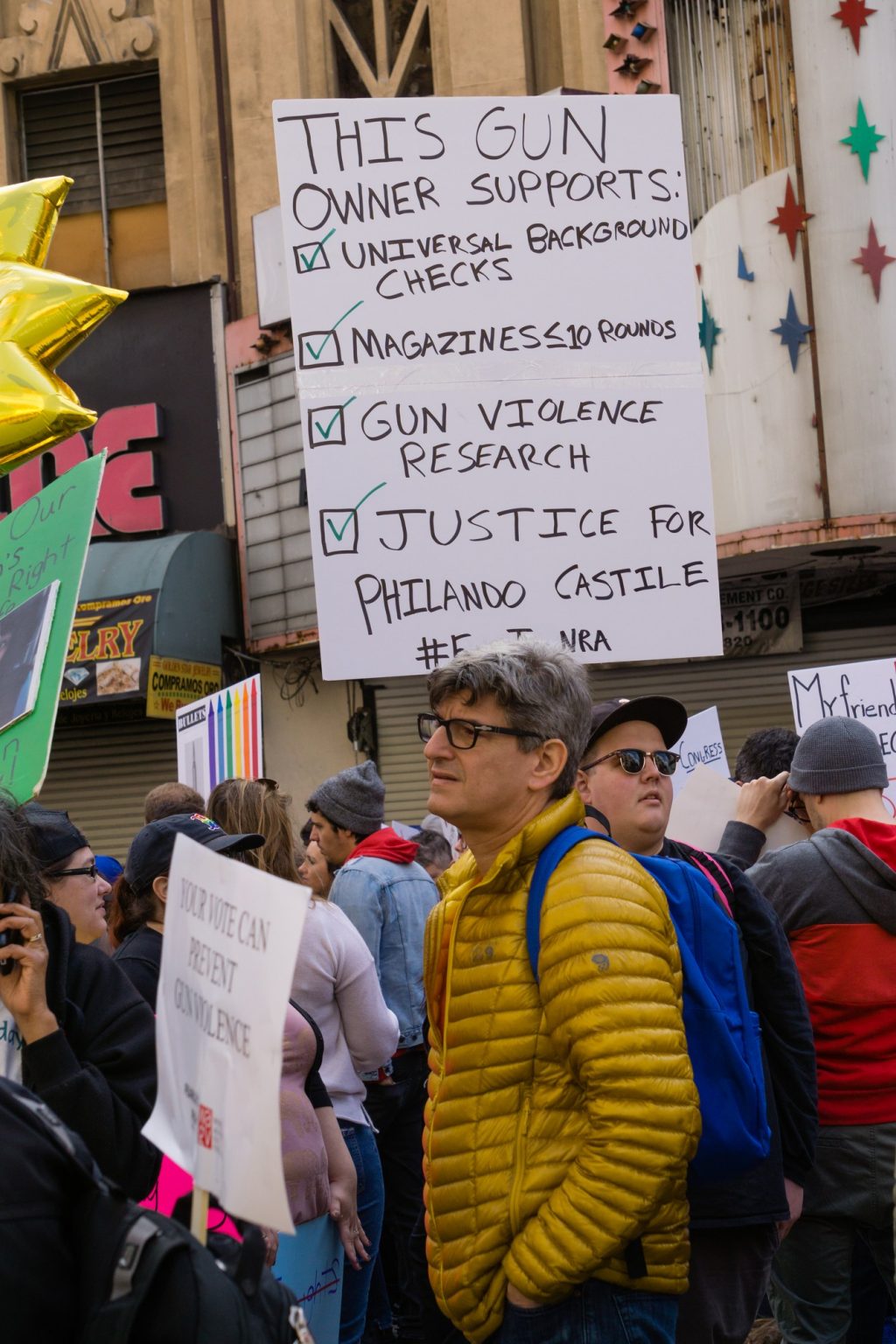 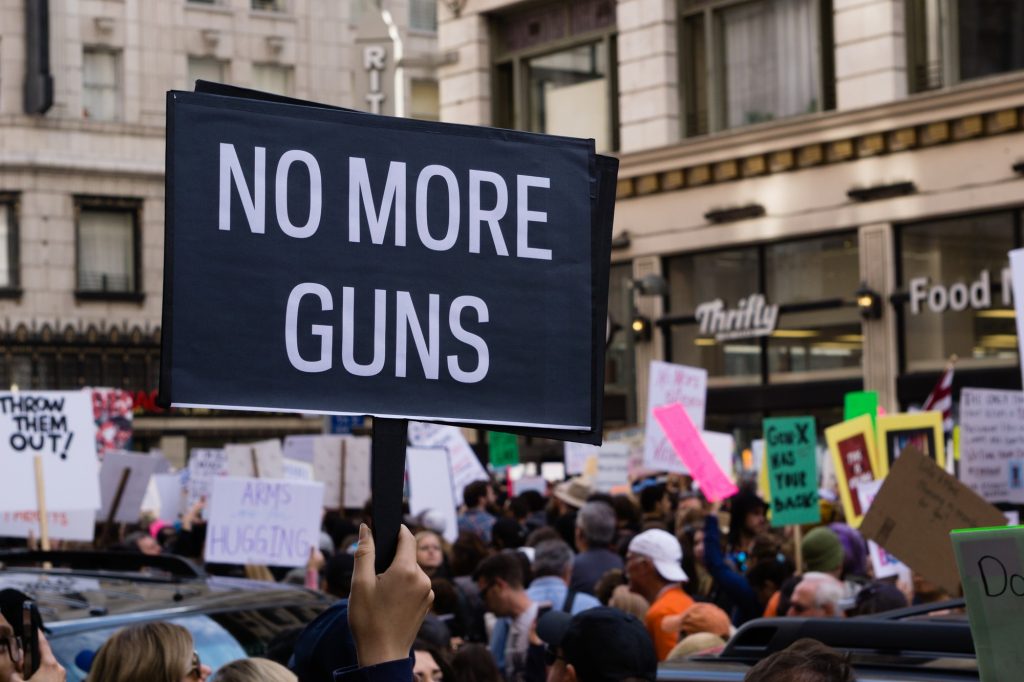 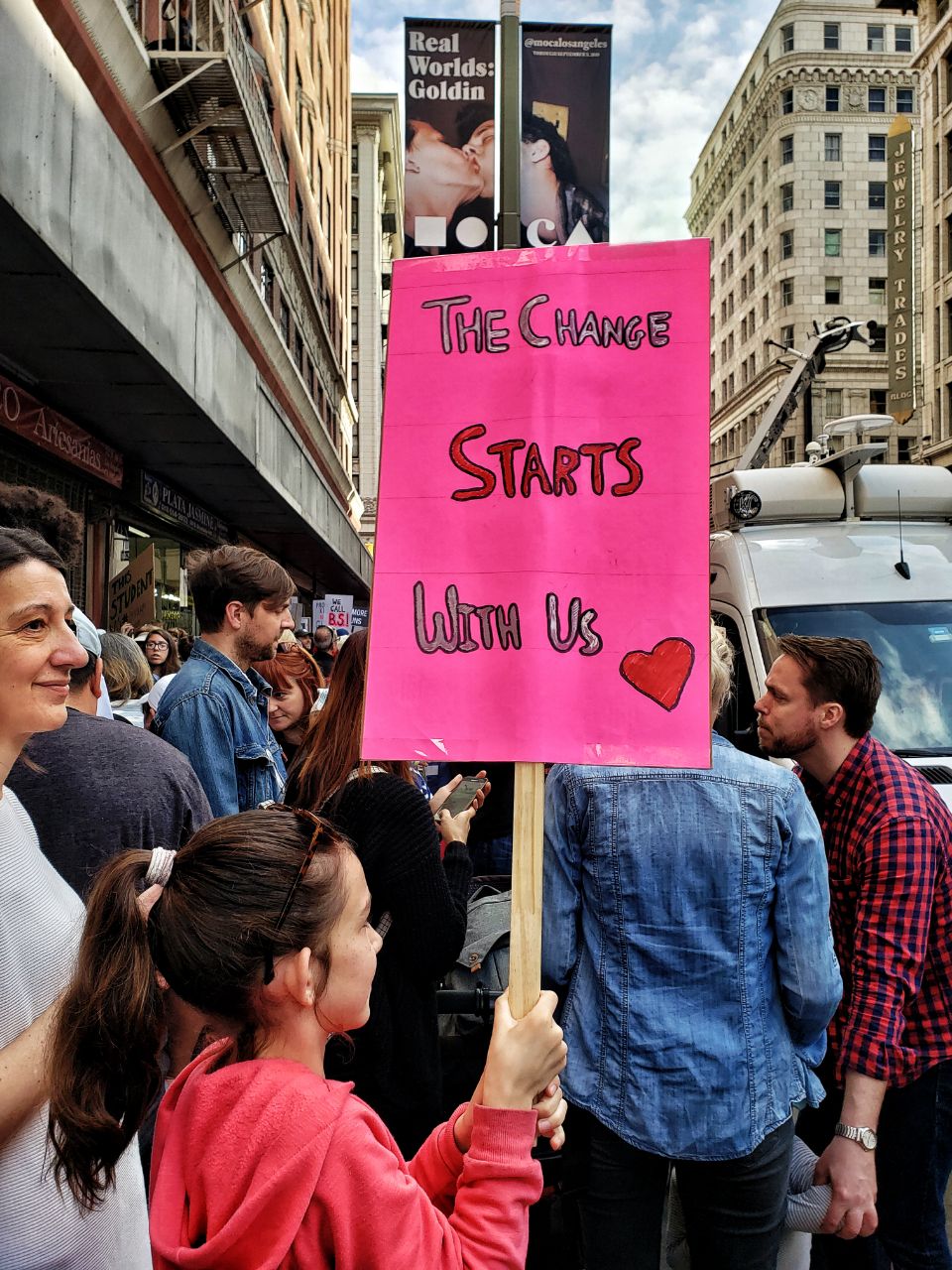 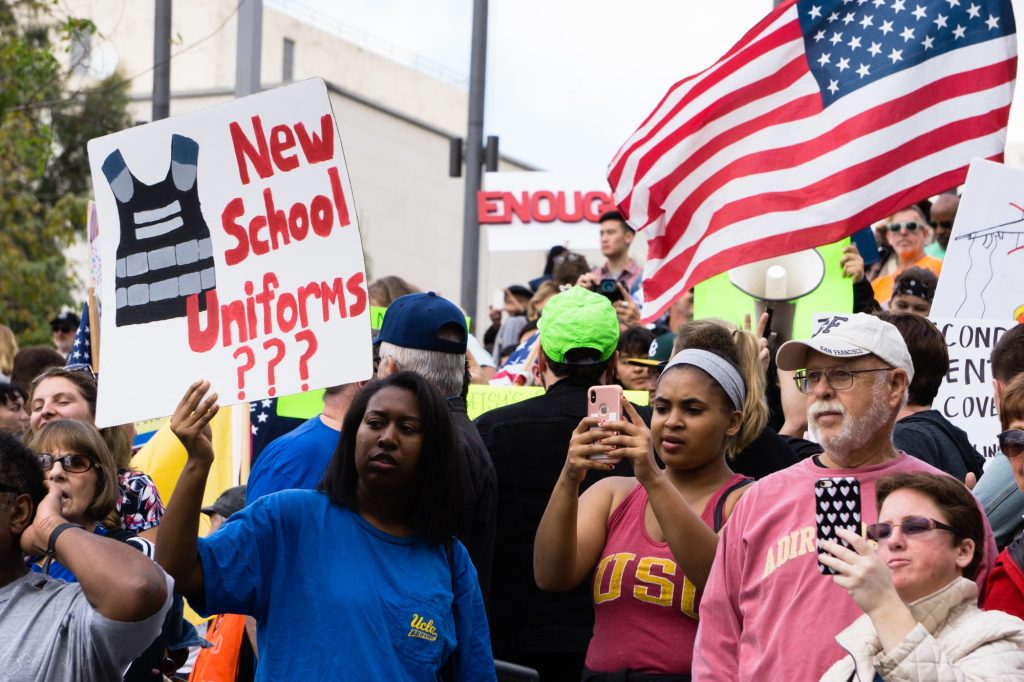 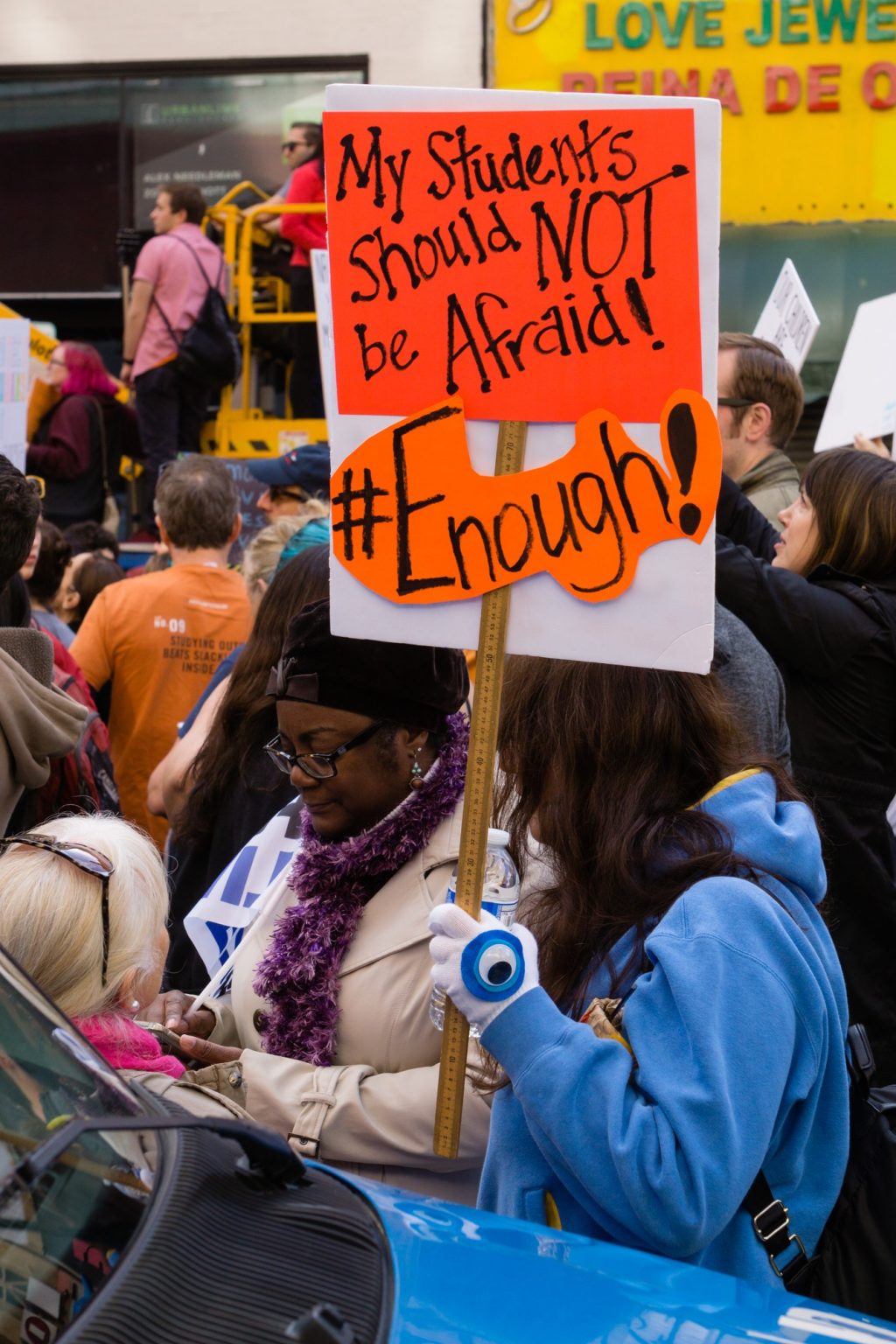