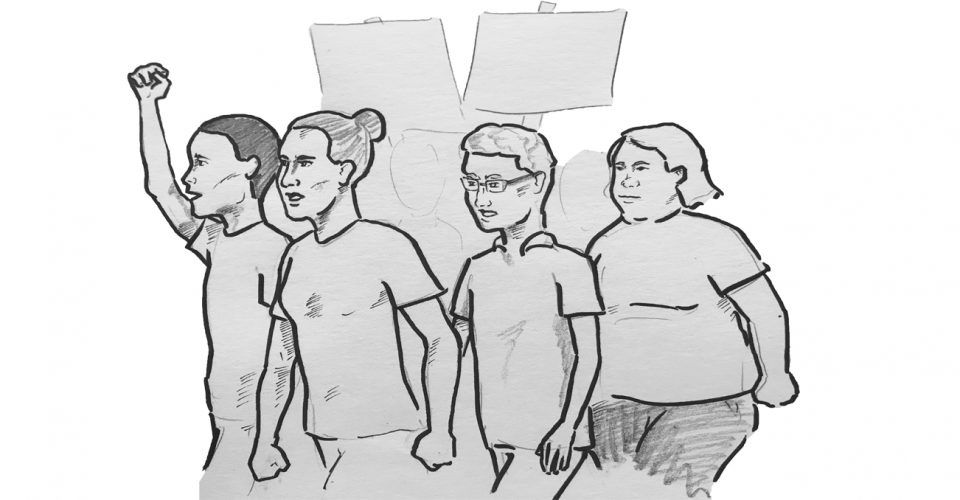 After the February 14th Parkland shooting left 17 students dead earlier this year, the students of Marjory Stoneman Douglas High School are refusing to let their friends become just another statistic. Emma Gonzalez, David Hogg, Cameron Kasky and many others are leading movements for gun control, taking on politicians like Sen. Marco Rubio, the NRA’s spokeswoman Dana Loesch and even President Donald Trump himself.

While there is still much controversy and disagreement over what the best solution to America’s epidemic of mass shootings and gun violence is, it is clear that something needs to be done, and it is America’s high school students who are making it happen. These students should be applauded for their efforts, and the Pepperdine community should join in the movement.

High school and college-aged students are part of the generation that grew up hearing about the Columbine, Virginia Tech and Sandy Hook shootings. They are the generation who have had to practice lockdown drills and go to school each day with the knowledge that it could happen to them next. For many of them, like the Parkland students, it already has happened.

Student activists organized a nationwide school walkout on March 14, the one-month anniversary of the shooting, to raise awareness about the effects gun violence has on students and to call on lawmakers to take action and implement gun control. Students across the nation walked out of class for 17 minutes in honor of the 17 victims from the tragedy in Parkland.

“The first major coordinated action of the student-led movement for gun control marshaled the same elements that had defined it ever since the Parkland shooting: eloquent young voices, equipped with symbolism and social media savvy, riding a resolve as yet untouched by cynicism,” wrote Vivian Yee and Alan Blinder in their article “National School Walkout: Thousands Protest Against Gun Violence Across the U.S.,” published March 14 by The New York Times.

Pepperdine students who missed the opportunity to participate in the March 14 walkout can still join in upcoming events. Saturday, millions of Americans will march in cities across the nation for gun control in the March For Our Lives, organized by the survivors of the shooting. Los Angeles alone is expecting 500 million people to march the streets of downtown. Another walkout is planned for April 20th, the 19th anniversary of the Columbine shooting.

Many universities have expressed support for the students participating in these movements, and Pepperdine should join them. Pepperdine should follow the example of colleges including Brown, Bucknell, Northeastern and many others who have released statements regarding the walkouts, assuring prospective students that disciplinary actions associated with peaceful protests will not affect their admission decisions, according to Jamie Ducharme’s article “Colleges Assure Prospective Students That Protesting for Gun Control Will Not Affect Their Admission” published Feb. 24 by TIME.

The students who survived this horrific tragedy have started a movement. There is great power in numbers, and these students are letting the government know that they outnumber them and their voices should be heard.

Their movement has already had some national impact. Dick’s Sporting Goods and Walmart both changed their policies in the Parkland aftermath, raising the minimum age to buy a gun in their stores to 21 regardless of local laws, and discontinuing the sales of assault-style rifles in their stores, according to Julie Creswell and Michael Corkery’s article “Walmart and Dick’s Raise Minimum Age for Gun Buyers to 21” published Feb. 28 by The New York Times.

A recently passed Florida law raises the minimum age of buying rifles to 21, bans bump stocks, introduces a three-day waiting period on all gun purchases, makes it easier for police to confiscate weapons and ammunition and allows school staff to carry guns. This minor success promptly led to a lawsuit from the National Rifle Association, on the basis that the new law violated constitutional rights, according to an article published March 10 by the BBC.

But it appears most people are on board with the kind of measures Florida has taken. Support for gun control spiked 20 points following the massacre in Parkland. According to the latest Quinnipiac poll, 66 percent of people in the United States now want stricter gun control.

The members of this movement are making a real impact, and they have a chance to push legislation that is not only more popular in the United States, but will also keep children safe and make schools places of education and not fear. Pepperdine students can add their support to this movement by participating in March For Our Lives this Saturday or the national walkout on April 20. They can also follow the Parkland students’ example by contacting their local senators and representatives to voice their thoughts on gun control. 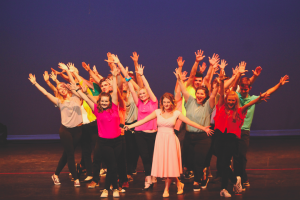