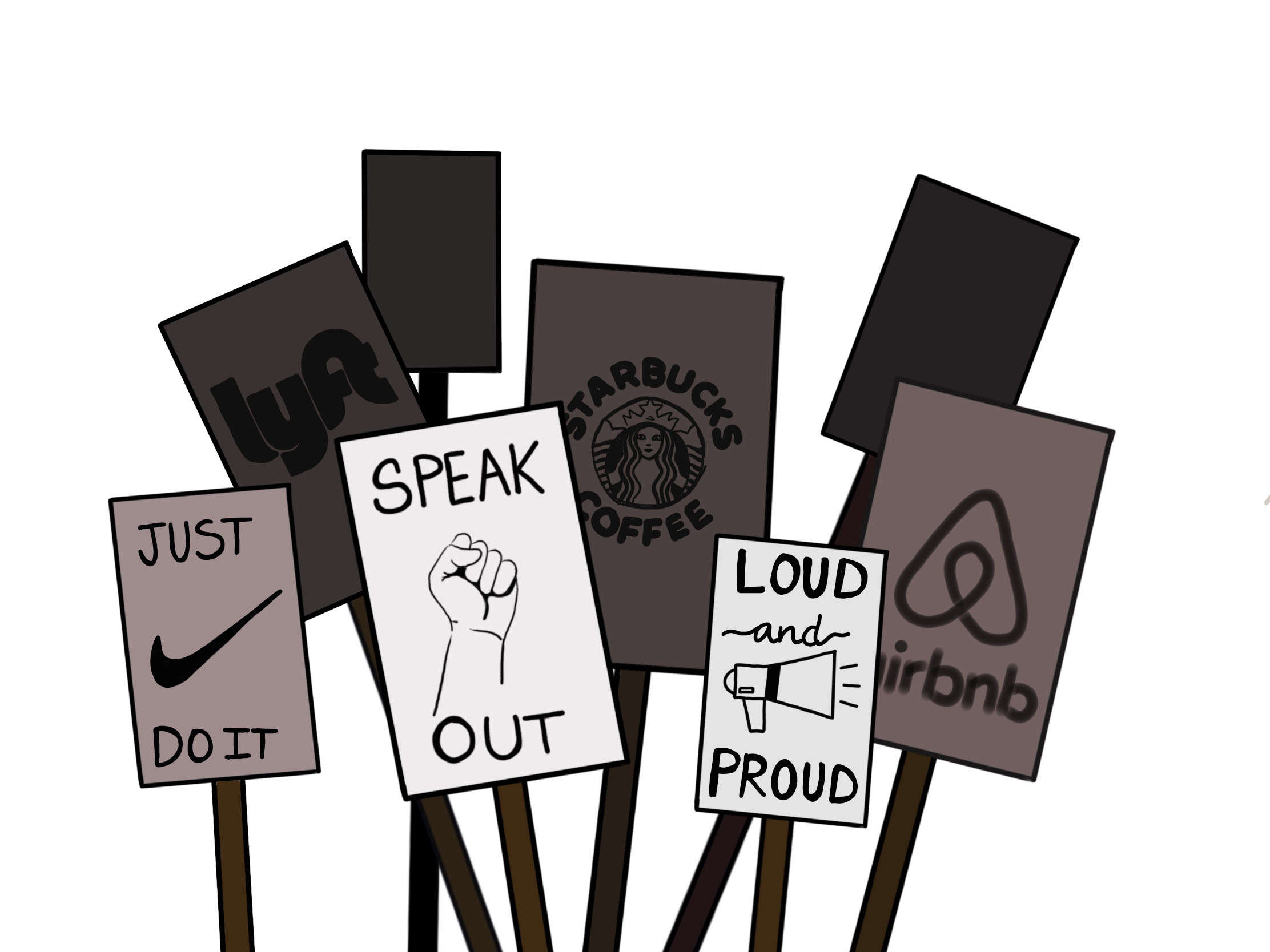 Brands have a responsibility to make a difference and inspire change because they are held to a higher standard. Nike has never been afraid to spark change, and hopefully their latest campaign will inspire other brands, as well as consumers, to follow suit.

On Sept. 5, Nike released their newest ad campaign, featuring Colin Kaepernick as its face. Kaepernick, drafted into the NFL in 2011 to the San Francisco 49ers, has since become the face of a social justice movement. On Sept. 1, 2016, Kaepernick knelt during the national anthem for the first time, and his continuing to do so throughout the season caused outrage across the country.

People ranging from regular U.S. civilians to the President of the United States berated Kaepernick for disrespecting the flag and U.S. veterans, but Kaepernick has repeatedly explained that he was kneeling in support of people of color and in response to police brutality against them.

“This country stands for freedom, liberty, justice for all,” Kaepernick said in an interview in 2016. “It’s not happening for all right now.”

The new ad not only included Kaepernick, but also video clips of Serena Williams and Lebron James. The ad’s slogan, which Kaepernick recites toward the end, is “Believe in something. Even if it means sacrificing everything.” Its inspirational tone, accompanied by videos of Williams winning a tennis match and James opening his new school, encourages the viewers to push themselves to achieve more than they ever thought possible. The inclusion of Kaepernick, however, gives the message a controversial edge.

The release of the new Nike ad was met with a wave of support, but also experienced its share of backlash.

People who condemned Nike for their choice began burning their Nike products and posting the videos to Twitter. Others cut the Nike symbols off of their socks. Many people who shared this sentiment believed that Nike should stick to what they do —make athletic products — and stay away from controversial topics.

Nike is a company that has had an incredible influence and power in the sports world for decades. It is not only their responsibility, but their duty to face social justice issues and stand up for what’s right.

Nike’s Kaepernick ad, despite the backlash, has paid off. TIME reported the company had a 31 percent increase in online sales following the latest advertisement. Nike’s latest controversy shows the power of social change within advertising and how inspiring stories can drive sales.

“It will be interesting to see if the people who love this campaign end up buying more Nike products or if the people who hate it stop buying Nike,” John Maroon, president of Maroon PR told PR Week. “But you have to tip your cap to them. It takes fearlessness to make a controversial figure the face of your campaign.”

In an article published March 17, 2017, Forbes reported that “Millennials prefer to do business with corporations and brands with pro-social messages, sustainable manufacturing methods and ethical business standards.” Nike has clearly taken advantage of this marketing tactic and responded to the fact that statistically, younger consumers want companies to speak up.

In 1995, as part of the company’s “Just Do It” campaign, the advertisement featured Ric Munoz, an openly gay and HIV-positive runner.

More recently, the company continues to face controversial topics. In 2012, Nike’s “Voice” advertisement celebrated the 40th anniversary of Title IX. The advertisement touched on gender roles, as according to the U.S. Department of Education’s website, Title IX “protects people from discrimination based on sex in education programs or activities that receive Federal financial assistance.”

In 2017, Nike’s “Equality” campaign featured the top Black athletes, such as James, Williams, Gabby Douglas and Kevin Durant, who talked about equality in sports and in the world. The company used the power of sports to spark a conversation about diversity and opportunity.

Nike isn’t the only company advocating for social change and awareness. In 2017 President Donald Trump introduced an anti-Muslim travel ban. According to the American Civil Liberties Union of Washington, the travel ban affects immigrants and refugees from eight majority-Muslim countries. In response to the ban, AirBnB released an ad titled “We Accept” during the Super Bowl to promote inclusiveness and diversity.

In more recent news, Levi Strauss & Company announced it is taking a stand against gun violence in the United States.

“While taking a stand can be unpopular with some, doing nothing is no longer an option,” Levi’s CEO Chip Bergh wrote in an op-ed piece for Fortune magazine.

With conversation focused on civil rights, it only makes sense for brands to take a stance. Further more, consumers should support their advocacy. Putting money toward issues we care about is one of the most significant ways to spread influence. We should support companies that want to transcend their products and have a voice. As young adults, we have a responsibility to make a bigger and better future for America so we can see improvements within our lifetime.