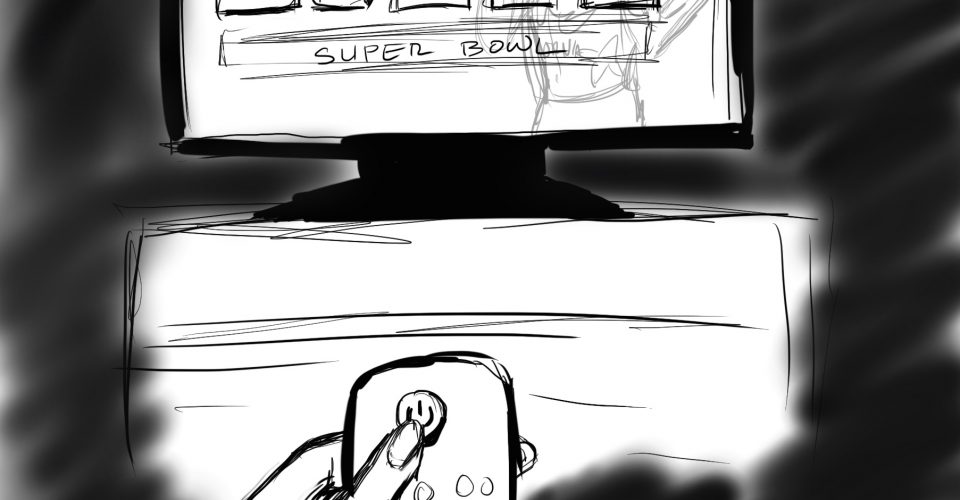 In today’s instant society, it is unquestionable that celebrities and influencers alike hold power to sway the opinions of a crowd. With Malibu being a celebrity hot-spot, our campus and community is no exception to this influence. It is each person’s responsibility, however, to educate themselves on such publicized matters in order to discover their personal beliefs.

Many celebrities boycotted this years Super Bowl, and their fans followed suit.

CBS and the NFL were first set on Rihanna headlining the Super Bowl halftime show until she declined their offer due to the recent Colin Kaepernick controversy, according to US Weekly.

On Super Bowl Sunday, Rihanna posted a sketch of Kaepernick kneeling in her Instagram story with a caption reading: “For those of you who thought I was watching the super bowl … we beefin’.

Rihanna is arguably one of the most influential musicians throughout the past decade, so it comes as no surprise that numerous fans joined in on the Rihanna rant agreeing that they, too, were no longer interested in watching this year’s Super Bowl.

The Super Bowl had the lowest TV and streaming viewership in a decade, sitting at 100.7 million, according to The Washington Post. The Post also cited support for Kaepernick as a possible cause for the drop.

But was it the Kaepernick controversy that fueled their boycott, or was it simply their adoration of ‘Queen RiRi’?

The influence of celebrities is known as the Angelina Jolie effect, named after the actress, who influenced women by writing an editorial piece in 2013 for The New York Times to get BRCA gene testing to check for breast cancer, according to UK doctor Zara Aziz in a BBC article. Research found that the number of breast cancer tests increased among women, but it did not mean the right women were targeted, according to BMJ.

Other celebrities have had this effect: Ben Stiller influenced a UK man to get tested for prostate cancer because of an essay he wrote, according to Dr. Aziz. Dr. Aziz also said Gwyneth Paltrow and Victoria Beckham have inspired gluten-free diets among women and Rihanna and Prince Harry inspired followers to get HIV tests.

A tweet made by Kylie Jenner last year is a prime example of celebrities’ significant influence. In February 2018, Jenner tweeted about Snapchat’s growing irrelevance after its unfavorable new app update. This tweet quickly caught wind and went viral, as most posts from Kardashians do, receiving over 300,000 likes and 70,000 retweets. According to the Guardian Snapchat Inc., lost around $1 billion in market value within the following week.

People can sometimes be easily influenced by the flick of a celebrity’s finger, influencing followers through their eating habits, style trends, materialistic possessions and more. Most importantly, though, celebrities have the power to motivate what people think and gain support through social media. Why do celebrities have this power? Should they have this power? And, why do people let them?

It seems as if the borders between fan and fanatic have blurred. Many people idolize these celebrities, and in turn, idolize their perspectives, failing to recognize what they actually believe.

It is important to acknowledge that celebrities are still people. They still make mistakes like average people and are not exempt from biased behavior. So, do they have the credibility necessary to justify our infinite praises?

Their following may be high, but their knowledge on every matter may not be. In a recent article published by VICE, Kanye West explains why “being famous isn’t the same as knowing what you’re talking about.” Kanye makes it clear that he knows near to nothing about politics, yet he still chooses to voice his opinions based on his personal feelings on the matter.

As their fans, people need to check their credibility.

Celebrities’ statures do not guarantee them voices of truth, and in many cases, they wish they weren’t so heavily observed and praised to begin with. Justin Bieber told NMA that he often finds himself depressed from constantly being in the spotlight.

While celebrities are out in the spotlight to be voices of activism and role models, it does not mean they are authorities on their valued issues. Celebrities use their significance to an advantage on social media, but this status does not necessarily mean they desire a strong backing.

Living in the Malibu community where celebrities reside just minutes away from campus, it is imperative to keep this in mind before following the footsteps of the famous. Instead of asking celebrities about the world, why not ask the world?

Seek out a variety of sources such as: The New York Times, Wall Street Journal and BBC news, including one’s own knowledge, before deciding on a stance or perspective to adhere to. Search the internet for various credible sources, but don’t let one source suffice. Better yet, utilize the Pepperdine Libraries InfoGuides online or walk into Payson and search the magazine rack. Librarians are great resources as well and can help research the library database to find reliable sources on a variety of subjects.

Additionally, add the human aspect to research. Start a conversation on campus about trending topics and hear what diversified perspectives fellow students and professors offer. 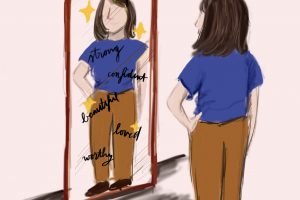 Art by Ally ArmstrongPepperdine's branch of the Body Project is back in session. Throughout the semester, five peer-led groups...
Copyright 2013 Jupiter Premium Magazine Theme
Back to top